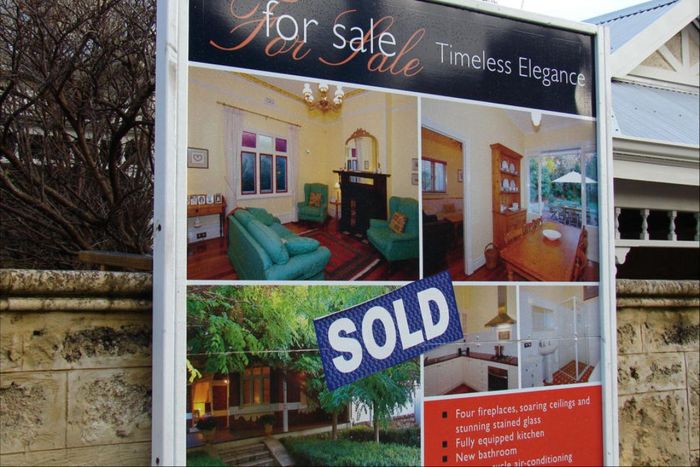 An overwhelming majority (79%) of those surveyed believe stamp duty costs should be lower or entirely removed. Photo: ABC

The future is looking increasingly bleak for Australians, particularly millennials, who are trying to achieve the “great Australian dream” of owning their own home.

The latest Perceptions of Housing Affordability report by property analysts CoreLogic found 63 per cent of Australians who are still living with their parents say they cannot afford to move out of home.

The report saw a surge in the number of people who think they will not be able to move out until they are at least 30 years old.

In two years, that number has spiked from 20 to 34 per cent, with most indicating they would probably rent before buying.

“The report proves that the ‘cubby house’ syndrome – where children are prolonging their home stay with parents – is intensifying,” said CoreLogic International’s chief executive Lisa Claes.

“Our youngest generation is effectively being locked out of the market and increasingly dependent on parents.

“If millennials’ affordability disillusionment continues, we risk entrenching a generation who become disenfranchised from society.”

The silver lining was that 54 per cent of people, among those surveyed – thought that housing affordability was “the same or better than it was a year ago” due to falling property prices and interest rates being cut to record lows in the past year.

However, the bigger picture is more pessimistic, with 83 per cent of those who don’t already own a property “still worried about being able to afford their first home”.

CoreLogic surveyed 2,200 people across all states and territories, aged 18-69 years old, to arrive at those findings.

The ‘unholy trinity’ of home ownership

CoreLogic also found that the biggest obstacle to home ownership was the “unholy trinity” — saving up for a deposit, getting approved for a home loan, and exorbitant stamp duty costs.

It will take the average Australian almost nine years to save up enough for a 20 per cent deposit, especially at a time when pay rises are stuck near record low levels.

Almost half of them (47 per cent) said they were struggling to raise a deposit.

The median house price in Australia is $533,000, according to CoreLogic’s most recent figures.

However, it will take much longer if the aspiring home owner wants to buy in the most expensive markets, Sydney and Melbourne, where median prices are $877,000 and $716,000 respectively.

One of the major surprises in the report was how tough it had become for people to obtain a mortgage, said CoreLogic’s head of research Tim Lawless.

He found that loan approval is now the “second-largest barrier” for Australians trying to buy a home, with 45 per cent saying this was a problem.

Mr Lawless noted this was a massive increase, compared to two years ago, when it was the “sixth most important concern”, and 39 per cent considered it to be an obstacle.

“The severe tightening of credit availability following stronger prudential regulation and outcomes related to the banking royal commission is hurting Australians, who are struggling to get a loan,” he said.

“Lenders also have a greater focus on evaluating and assessing individual borrower’s expenses.”

Even if buyers are successful in getting a mortgage, it will remain a burden for a significant part of their lifetimes.

People will typically spend around 35 per cent of their annual salary repaying their home loans.

Forty-four per cent of those surveyed said that stamp duty costs – which are 3 per cent of the purchase price, on average, were a significant barrier to ownership.

n addition, an overwhelming majority of people (79 per cent) thought that removing, or even abolishing, stamp duty was the “best strategy” to improve affordability.

That figure was highest among Baby Boomers, with 87 per cent supporting the removal of this property transaction tax.

Even millennials (72 per cent) and “Generation X” respondents (78 per cent) were united in their opposition to the tax levied on housing purchases.

Stamp duty varies significantly for house purchases across each capital city, with the highest median costs seen in Melbourne and Sydney houses — at $40,000 and $35,000 respectively.

House ownership out of reach for ‘disenfranchised’ millennials: CoreLogic