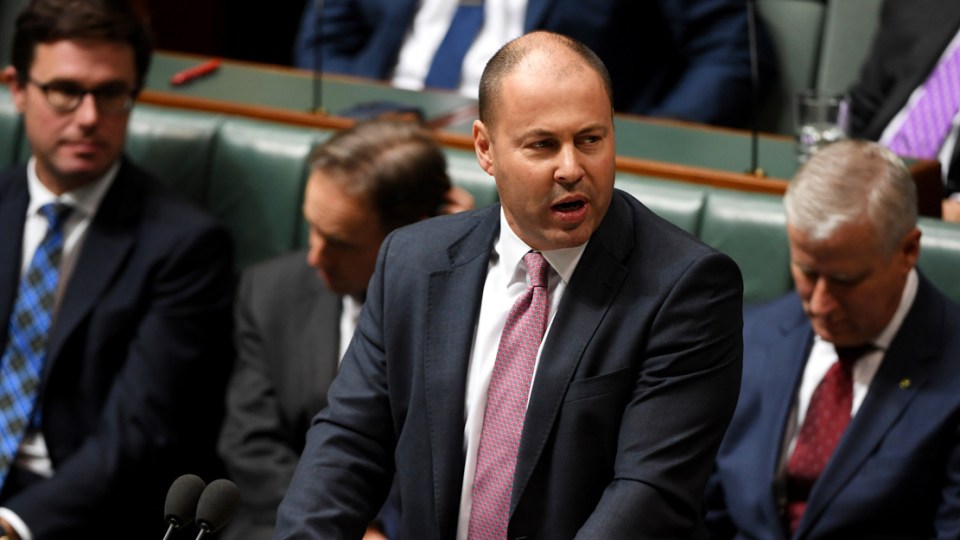 The Treasurer revealed his fondness for property booms at a recent conference in Sydney. Photo: Getty
analysis

Josh Frydenberg missed an opportunity on Thursday to do his best Scott Morrison “how good” impersonation. It would have been a fair summary of his speech at a Sydney property conference to begin by shouting: “How good are rising housing prices?”

The core of the Treasurer’s speech was that a large part of the Australian economy rides on the house’s roof and it was a very good thing that prices are on the up and up again.

“Treasury estimates that a 10 per cent increase in house prices could result in a corresponding lift to GDP of about half a per cent,” he said.

“Similarly, the RBA has said that a 10 per cent increase in household wealth is expected to increase the level of consumer spending by up to 1.5 per cent.”

Inflating asset prices are what happens when the Reserve Bank is forced to keep cutting interest rates. They are indeed good – at least for people who own assets.

For about two-thirds of Australian households, that primarily means the homes in which they live and the rental properties they own.

Too bad about the other one-third. For them, high-and-again-rising housing prices are the key element in our worsening wealth inequality.

There’s also the little matter of the very high debt load carried by Australian property-buying households – the stuff of world records. Applauding a housing price rise that is much higher than the inflation rate means also applauding an even greater household debt ratio.

As previously reported here, we certainly needed a floor under falling prices, but raising the roof is scary.

But the one thing politically worse for a government than housing prices rising is housing prices falling. Winning elections is about the majority. The one-third disadvantaged doesn’t matter.

Oh, Mr Frydenberg trotted out the government’s bits-and-pieces policies to help some first home buyers to borrow more and help with a few social and affordable housing projects, but there was nothing that adds up to comprehensive housing policy or anything serious to deal with our real housing crisis – shelter for people on low incomes, people who will never be able to buy.

The government likes to simplistically portray the housing market as purely a matter of supply and demand. No acknowledgment of the role of tax policy, cutting interest rates only seen as a jolly good thing.

As always with a politician, Mr Frydenberg cherrypicked the statistics to put the best spin on the state of the economy – no mention of rising unemployment, the downturn in job vacancies, that nearly all the extra jobs over the past year came from the state and local governments, that household consumption remains between flat and weak, that wages growth remains substandard and shows no sign of improving.

But he did include figures that underlined the importance of a housing industry recovery. Building approvals are at a six-and-a-half year low, the budget forecasts dwelling investment to fall by seven per cent this financial year and by a further four per cent next financial year, and nearly 1.2 million Australians are employed in construction – but that number is falling and will continue to fall.

Now, it’s a matter of hoping prices keep rising again, and encouraging more buyers to chase supply as low and lower interest rates make buying a house more attractive – for those who can.