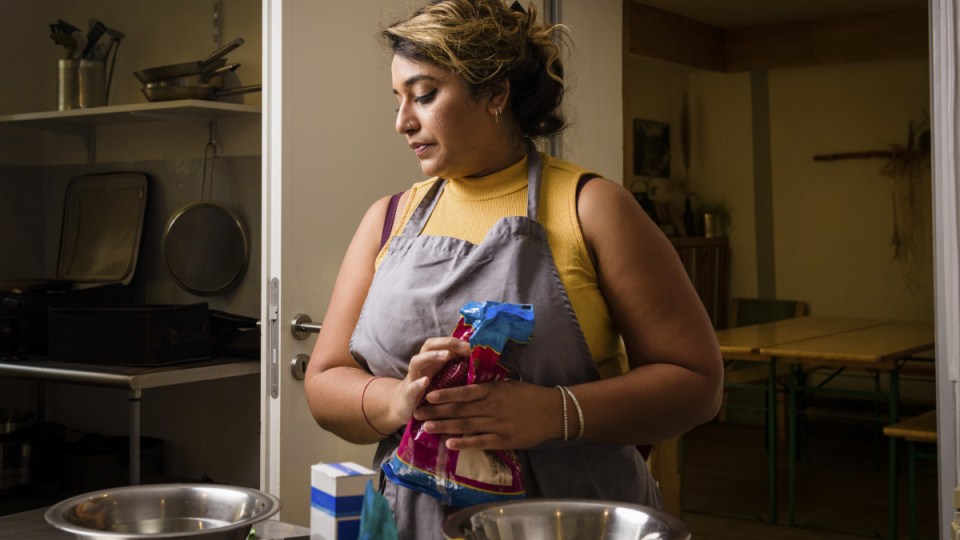 The number of low-income households in rental stress has doubled. Photo: Getty

A shortage of public housing has seen the number of low-income households experiencing “rental stress” roughly double over the past two decades, a new report has revealed.

A new report by the Productivity Commission (PC) said this shift to private renting was the reason rental stress – defined as when a household spends more than 30 per cent of their income on rent – had roughly doubled since 1994-95.

The report said “vulnerable renters” – or the 2.65 million Australians “most susceptible to economic and social disruption as a result of negative events” – had borne the brunt of booming property prices.

And households with “at least one Indigenous person, a person aged over 65 years, or a person with a disability or long-term health condition” had witnessed the fastest growth in private renting. 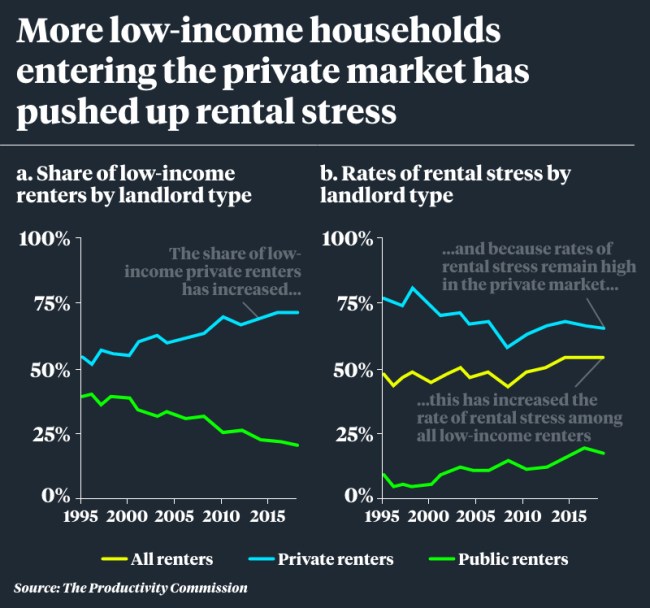 Commissioner Jonathan Coppel said more households rent privately than ever before – “in part because home ownership and public housing have become less attainable”.

“We found that over 600,000 households are in rental stress,” Mr Coppel said in a statement.

“Of these, around 170,000 families have $35 a day or less left for all their other expenses after paying rent.”

The PC report said “it was clear” that state governments had not built enough public housing to keep up with population growth – before adding it “could play only a limited role in improving overall affordability”.

“It is an expensive option and cannot realistically meet the needs of the much larger and growing population of households with some degree of vulnerability,” the report said.

“Doing so for this broad group would require a threefold increase in the supply of social housing. This means it is important to have policies that ensure the private rental market is functioning well.” 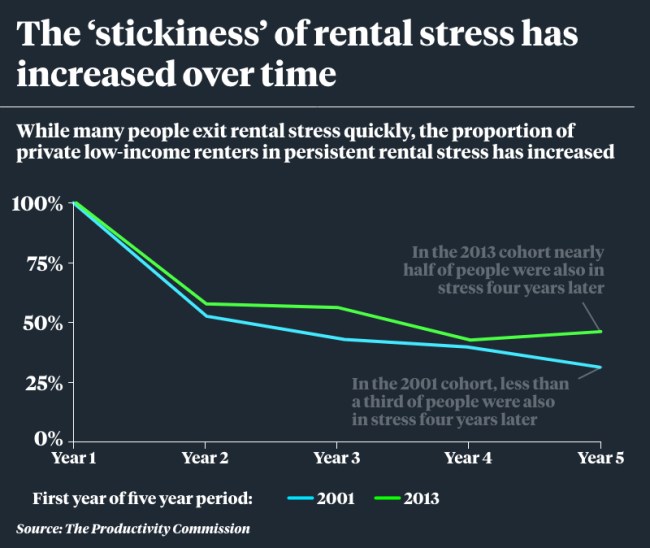 The report instead suggested strengthening tenancy laws to improve certainty of tenure, and increasing the level of Commonwealth Rent Assistance (CRA) to improve affordability.

Pegged to shifts in the consumer price index, the CRA subsidy is $68.60 a week for singles paying more than $152.67 per week in rent.

Tenants’ rights and welfare advocacy groups say it leaves households with too little money to cover their expenses.

In addition to an immediate increase to the single Newstart rate by $75 a week, the Australian Council of Social Service is also calling for a 30 per cent increase to CRA – the equivalent of $20 per week.

Tenants’ Union NSW is also calling for an immediate 30 per cent increase, as well as changes that “ensure people have enough to live on after their housing costs”.

“That may end up meaning CRA is substantially changed, or it may mean other kinds of assistance, [such as] state level payments to get around constitutional limits on CRA,” the union’s senior policy officer Leo Patterson Ross told The New Daily.

“For instance, CRA can’t be expanded to low-income people who aren’t in receipt of another Centrelink benefit.”

The PC’s report comes just weeks after the Grattan Institute called on the government to improve housing affordability by building more social housing and boosting CRA by 40 per cent.

The non-partisan think tank said the Morrison government should repeat the Rudd-era Social Housing Initiative – “under which 20,000 social housing units were built and another 80,000 refurbished over two years, at a cost of $5.6 billion”.

Doing so, Grattan argued, would not only provide housing to those most in need of assistance, but also provide much-needed stimulus to the country’s flagging economy.