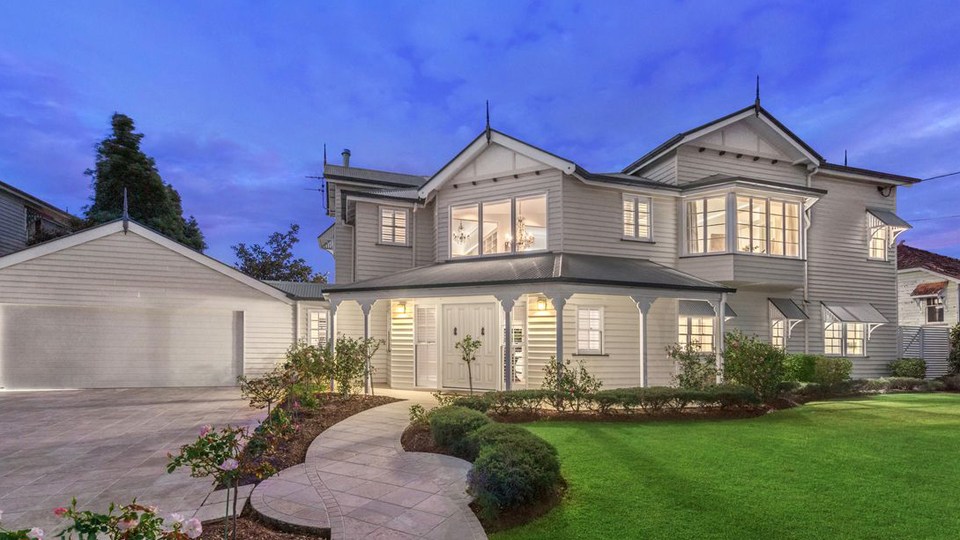 There was a 20 per cent increase in listings this week compared with the last. Photo: Belle Property

And while the final clearance rates always dip as the late results are tallied, SQM Research’s Louis Christopher advised the weekend results were “quite firm, given the rise in volumes”.

CoreLogic calculated there were 1022 Melbourne homes taken to weekend auction, with 77.8 per cent sold, up on the 74.5 per cent final auction clearance last week when volumes were lower at 826.

Volumes drop next weekend to avoid the clash with the AFL grand final.

Melbourne’s top notified sale was $3.875 million at Black Rock on the city’s bayside, a home complete with backyard putting green.
The home was designed by architect Gabriel Oroszvary for its 953-square-metre site.

The four-bedroom house at 30 Fourth Street was sold through Buxton, which had given a $3.4 million to $3.6 million price guide.

There was an unnotified result when the three-bedroom home at 23 Huntingtower Road, Armadale, sold to downsizers for $4.35 million.

It was a single-level residence built by Glenneagles Homes.

The cheapest sale across the nation’s capitals was $240,000 at Kingsville in Melbourne’s inner west.

It was a $280-a-week rental offering late last year.

Sydney returned a preliminary auction clearance rate of 76.6 per cent as volumes increased across the city.

There were 647 homes taken to auction, up on the 585 homes auctioned the week prior when 76 per cent sold. Last year, a higher 851 Sydney homes were auctioned returning a 51.1 per cent success rate.

The top sale across the nation was in Hunters Hill at $5.86 million.

There was a $4.8 million sale in Brisbane when four bidders competed for the offering at East Brisbane.

The five-bedroom 26 Balmoral Terrace was a 1920s renovated Queenslander with 466 square metres of internal space.

The double-storey home has CBD views and river glimpses from its 1477-square-metre block with a pool, spa, pond and cricket pitch.

Domain reported it was bought by a couple with interests in the medical industry, with children attending a local school.

Canberra was the best performing of the smaller auction markets, with a preliminary auction clearance rate of 65 per cent. Adelaide followed with 59 per cent of homes selling at auction.

Canberra’s top sale was a two-bedroom house at 10 Gipps Street, Barton, which Luton Properties advised had only had three previous owners in its nine decades.

The rear extension to the 1927-built house was designed by architect Nino Bellantonio.

The marketing advised no pesticides have been used in the garden since the house was bought by the current owner in 1997 at $335,000.

There were just under 2000 capital city homes taken to auction this week; an increase in volumes of 20 per cent over the prior week’s 1639.

“While we did see a pick up in auction activity this week, volumes remain lower than one year ago. Over the same week last year around 400 more properties were taken to auction, although almost half of these failed to sell,” CoreLogic auction analyst Kevin Brogan said.

Across the individual property types, the past five weeks have seen houses consistently outperform units in terms of clearance rate, with 74.9 per cent of houses selling at auction this week, while across the unit market a lower 71.2 per cent preliminary clearance rate was recorded, CoreLogic noted.