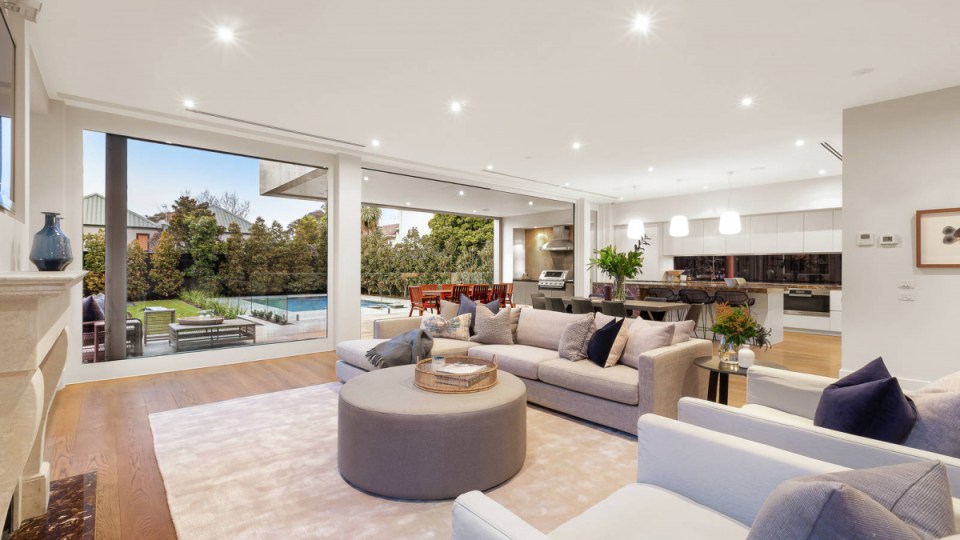 This 1888-built Hawthorn home sold before auction after being marketed at $6 million to $6.5 million. Photo: Marshall White

It was on the market for the first time in a decade, listed by the filmmaker and designer Maggie Cooke.

The Castlemaine-bound Ms Cooke paid $1.5 million for the landmark property in 2006.

The George Street building was built in 1865 and later extended in Ecclesiastical Gothic style with a double-loggia facade by the shoe importer, Joseph Levy.

The property with 12 rooms had also previously been run as a boarding house.

After it sold $125,000 above reserve Mr Staver confirmed to Domain the piece of “old Fitzroy” would be converted into a private home.

The number of homes taken to auction across the capital cities increased to 1633 this week, returning a preliminary clearance rate of 75.7 per cent, according to CoreLogic.

The previous week saw 1533 homes taken to auction returning a final clearance rate of 72.3 per cent.

“Although the final clearance rate across the combined capitals will revise lower as remaining results are collected, it will likely hold above 70 per cent for the fifth consecutive week,” CoreLogic auction analyst Kevin Brogan said.

Over the same week last year, auction activity was higher with 1983 homes taken to auction, returning a significantly lower clearance rate of 51.8 per cent.

Melbourne was host to 824 auctions, returning a preliminary clearance rate of 75.7 per cent, marking the eighth consecutive week where the clearance rate has held above 70 per cent.

There were several trophy homes sold pre-auction with undisclosed outcomes, including an 1888 Hawthorn home marketed with $6 million to $6.5 million price guidance.

The five-bedroom home at 518 Glenferrie Road was built on a 1297-square-metre block.

It features four bathrooms, an internal lift, a cellar and five-car basement garage.

Nikki Van Gulick, Hamish Tostevin and James Tostevin, from Marshall White Boroondara, listed the home that had last sold in 2004 for $2.1605 million.

The prior weekend in Melbourne saw 765 Melbourne homes taken to auction with a 74 per cent final clearance rate.

Over the same week last year, a clearance rate of 54.1 per cent was recorded across 988 auctions.

Melbourne had the nation’s cheapest sale when $255,000 was paid in St Kilda.

Sydney recorded a preliminary clearance rate of 80.3 per cent across 580 auctions this week.

Over the previous week, final results show 75.7 per cent of the 528 auctions were successful.

One year ago, 669 auctions were held across Sydney, returning a final clearance rate of 48.6 per cent.

Sydney’s top sale was at Northwood, when $3.71 million was paid for 46 Northwood Road, a two-storey, five-bedroom brick house.

It was marketed by McGrath agent Brent Courtney as having water and city views.

Across the smaller auction markets, Adelaide, Canberra and Perth saw lower auction volumes week on week, while Brisbane and Tasmania saw an increase in the number of homes taken to auction over the week.

Both were three-bedroom homes.