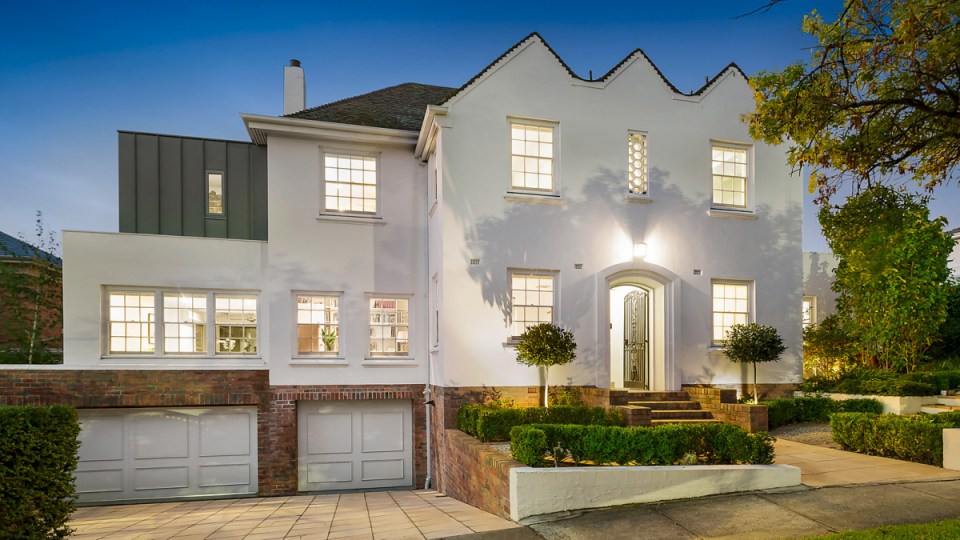 The Toorak home was the nation's top sale at $7.1 million. Photo: Marshall White

A Toorak trophy home fetched $7.05 million at a weekend auction in the nation’s highest sale, in what has been described as the best weekend for auctions since 2017.

There were just two bidders who took the sale price some $400,000 above reserve.

The result ranked as the most expensive Melbourne auction sale this year, according to CoreLogic.

Auctioneer Justin Long opened with a vendor bid of $5.9 million having pulled it from its May 18 election day auction, after the vendor had had a medical scare the night prior.

The Herald Sun reported the five-bedroom property sold to a young couple.

Sydney’s top sale was $6 million for a new build at Strathfield.

The six-bedroom 10 Chalmers Road, Strathfield mansion was sold by Lawrence Chong, at Richardson and Wrench, who had offered a price guide of $5 million to $5.5 million.

Brisbane’s top sale was $1.75 million at Camp Hill, which just edged out a $1.73 million sale of a restored Queenslander at Balmoral.

The 42 Koondara Street, Camp Hill offering was a five-bedroom home marketed by Place agent Joanna Gianniotis as having a Hamptons-style interior.

The other smaller auction markets – Canberra, Perth and Adelaide – performed strongly returning preliminary clearance rates of 81 per cent, 71 per cent and 70 per cent respectively.

There were 1221 homes taken to auction across the combined capital cities, returning a preliminary clearance rate of 76.6 per cent.

It was up on the previous week in which 1111 homes were taken to auction, returning a final clearance rate of 67.8 per cent.

“I expect the final clearance rate across the combined capitals will revise lower, however it will likely hold above 70 per cent which is something we haven’t seen since May 2017,” CoreLogic auction analyst Kevin Brogan said.

Over the same weekend last year, auction activity was higher with 1684 homes taken to auction with a lower clearance rate of 53.3 per cent.

Melbourne was host to 588 auctions, returning a preliminary clearance rate of 78.3 per cent.

Last week saw 500 homes taken to auction and a final clearance rate of 72.3 per cent.

Over the same weekend last year, a clearance rate of 54 per cent was recorded across 860 auctions.

Ray White Diamond Creek agent Alan King said nine of them were active in the bidding for the property, which had the potential to be sub-divided into one-hectare lots.

One of the two neighbours bought it for $1.42 million after a total of 50 bids.

Sydney recorded a preliminary clearance rate of 81.7 per cent across 444 auctions, while final results for the prior weekend showed 76.2 per cent of the 367 auctions were successful.

“It’s likely that the final clearance rate will revise down to similar levels again this week as the remaining results are collected,” Mr Brogan advised.

One year ago, 572 auctions were held across Sydney, returning a final clearance rate of 51.9 per cent.

The apartment at 41/62 North Steyne offered 214 square metres of space. The apartment had been a $1700-a-week rental.

Property enjoys its best weekend since May 2017