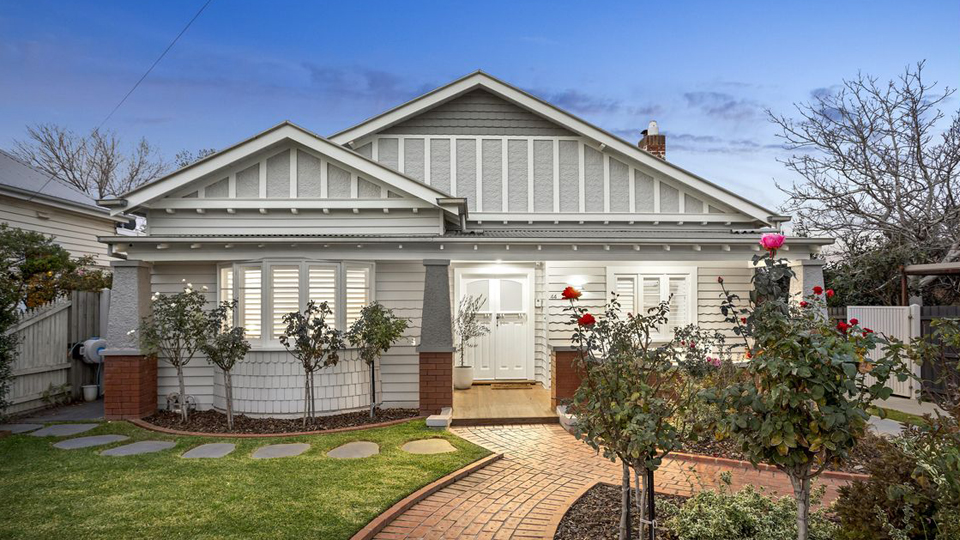 The house had a classic frontage, but a super-modern extension at the rear. Photo: Greg Hocking Elly Partners

Both Melbourne and Sydney yet again returned a preliminary weekend auction clearance rate above 70 per cent.

Sydney had the priciest outcome with a $4.75 million Tamarama sale.

Dean Parkinson, founder of the Honeywagons fleet of make-up vans, and his wife, Deborah, secured the pre-auction result after McGrath agent Simon Exleton had 110 people attend the open for inspections.

Mr Parkinson, who has lived there for 35 years, engaged architect James Grose to modernise the home in 1998.

The Kenneth Street home, which had a $4.25 million guide, was sold to a Bondi entrepreneur.

Sydney’s $1.32 million median house price sale was higher than Melbourne, which experienced an $852,500 median, and a $2.825 million top sale at Newport, according to Domain.

The week also saw a similar number of auctions, with 1100 capital city homes taken to auction.

There were 500 Melbourne homes taken to auction this week, 73.3 per cent of which sold, up on the 71.7 per cent final auction clearance last week when volumes were slightly higher at 544.

Its rear pool went in only last year after a $25,000 cost application went into the Hobsons Bay City Council.

Melbourne had the nation’s cheapest auction when $353,000 was paid at Forest Hill, in the outer eastern suburbs.

The one-bedroom strata villa was sold by Woodards Blackburn at 1/9 Morloc Street.

Volumes were relatively steady across Sydney, however it returned a lower week-on-week clearance rate.

There were 381 homes taken to auction across Sydney returning a preliminary auction clearance rate of 74.8 per cent, lower than the 75.7 per cent final clearance rate the week prior when 394 auctions took place.

Across the smaller auction markets, volumes increased across all cities with the exception of Tasmania.

Brisbane was the best performing, according to preliminary figures with 54 per cent of homes clearing at auction, while only 28 per cent of Perth homes sold.

Brisbane’s top sale was $1.746 million at Holland Park. The five-bedroom house at 24 Percival Terrace was sold by Belle, which advised the result was $146,000 above reserve.

There were six bidders who registered to secure the offering.

Steady as she goes as property market continues gradual comeback