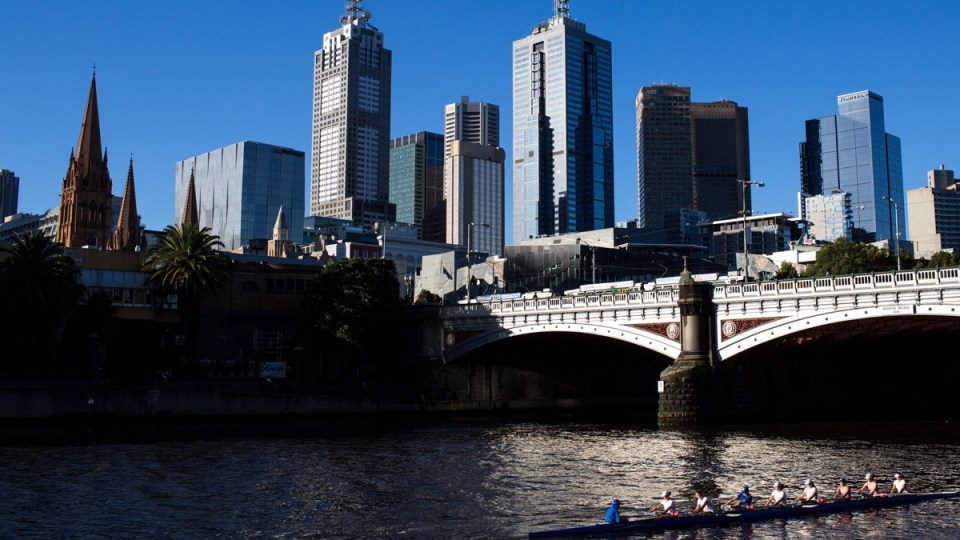 Melbourne is set to suffer the sharpest fall in house prices. Photo: Getty

With property prices predicted to fall further than expected in the next year, Melbourne is set to suffer the sharpest drop, new analysis reveals.

Moody’s Analytics say house prices in the capital cities are predicted to drop a further 7.7 per cent in 2019 and Melbourne is about to be hit the worst.

The majority of the decline will be concentrated in the inner-city suburbs, with Melbourne’s inner east expected to suffer a price plunge of 16.3 per cent over the next year.

Head of real estate at CoreLogic Geoff White said there were myriad factors, including vendors realistically reacting to the market, slowing activity over winter and the fact Sydney declined harder and faster in 2018, that were creating the downturn.

“The Melbourne market followed Sydney. Sydney certainly showed decline a lot earlier than Melbourne, which has been more delayed. It’s likely to be the slower one of the two to rebound,” Mr White told The New Daily.

“There are sectors within Melbourne which have already seen some improvement and some that haven’t. It’s probably got to a point where Melbourne vendors are reacting to the market and meeting expectations.

“It also can be one of the markets that experiences less transaction activity over winter, so that can also be a factor.”

Is it really that bad?

While the numbers across the country seem concerning, the downturn in Sydney and Melbourne median real estate values is more of a correction than a crash, says Deloitte partner Nicki Hutley.

“The rise was underpinned by unrealistic investment and at some point, it had to give,” Ms Hutley told The New Daily.

“The thing is, the level of unaffordability was high. The price-to-income ratio was 12 times in Sydney and nine times in Melbourne, so there was always going to be a pullback in the market.

“It is a record decline, but it was a record rise before that.

“Eighteen months ago, people were screaming about housing not being affordable and now it’s going backward – you can’t have it both ways.”

Ms Hutley said a jump in clearance rates and the value of new lending commitments to households rising by 2.6 per cent in February – according to the Australian Bureau of Statistics – suggest the worst may be over.

“There’s a number of indicators out there: Clearance rates are higher, finance approval is rising, first-home buyers are more actively looking, now we’ve got the NSW election out of the way, you’ll start to see people come back in the market again.

“There’s also an understanding now with the banks around the push to increase home lending. So we might see them be more competitive on this front to push lending up again.”

But if Labor does win the election, their negative-gearing policy will have little impact on the housing market, Moody’s Analytics economist Katrina Ell said.

“I think it’ll have a little bit of impact but it’s not going to cause a much sharper downfall because it’s [the market] already slowed,” she told The New Daily.

“What is interesting is the investor participation in the market has slowed considerably over the past two years, so it has been coming down quite a lot.

“The ALP will take away negative gearing on existing properties going forwards.

“It’s important to mention that it won’t be on new builds, because that’s significant, because we won’t have construction falling off the cliff.”