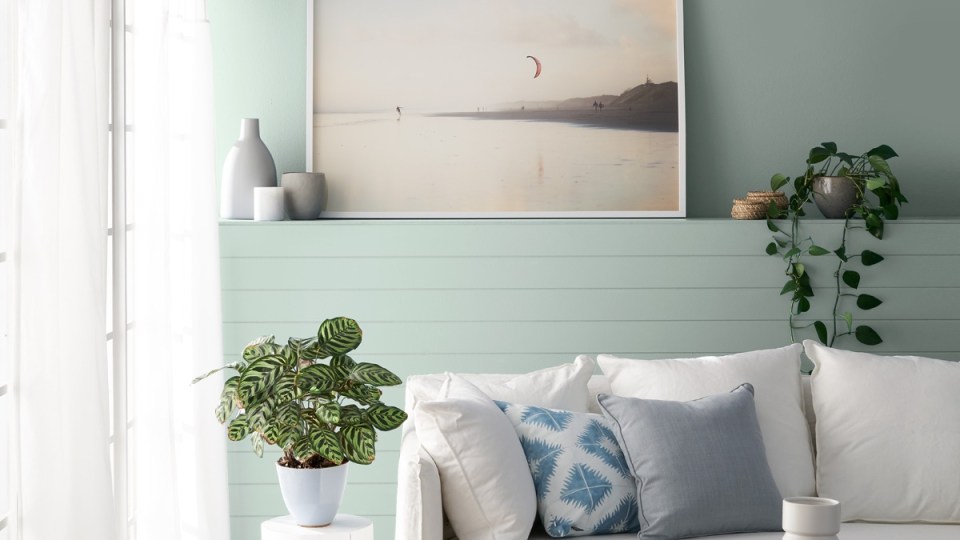 A groundbreaking study has shed light on how colour affects emotion. Photo: Taubmans

Painting your walls an angry red or calm blue can have a real impact on your emotions, according to a world-first Australian study combining colour psychology, neuroscience and virtual reality.

A team of neuroscientists and psychologists partnered with Melbourne-based virtual reality (VR) company Liminal VR, leading research centre The Florey Institute, and Taubmans paint to assess range of colours in real-life environments and determine their effect on emotions.

The new research “scientifically proves that painting your walls in different colours can bring out a whole a range of emotions”, Taubmans spokesman Tim Walsh said.

“The right colours will make you feel relaxed and calm, or cheerful and excited, yet pick the wrong colour scheme, and your walls risk making you feel bored, sad, tense and, worst of all, irritated,” he said.

Participants were given a cutting-edge Google Daydream virtual reality headset and controller. They were then immersed in a series of three-dimensional rooms: a blank room, a domestic lounge room and a clinical waiting room.

The rooms appeared in a variety of colours with participants rating each colour according to how it made them feel, choosing from eight options  ranging from excited and cheerful to irritated or tense.

Some of the colours proved “divisive”, Mr Moratti said.

“Pinks and oranges made some people feel cheerful and excited, and others irritated and tense,” he said.

Other colours such as light blues and greens, generally regarded as serene, did not prove calming when used in the clinical environment.

The Florey Institute’s Professor Julie Berhardt said the research shows that colours affect our emotions on a neurological level.

“Colour is important. Yet how we perceive colour and attribute meaning to it can vary between individuals and between cultures,” she said.

“Until now, we understood little about how we perceive colour and which ones the brain processes easier. There are many assumptions about how different colours effect our mood, however very few of these are underpinned by strong science.”

So what colour should you paint your home?

“It’s no surprise that softer pastel tones are universally seen to foster these emotions, especially given our coastally skewed population,” she said.

More than 41 per cent of participants in the study chose soft grey-green colour ‘seagull’ as the most relaxing shade, followed by ‘faded lilac’ and ‘padre blue’.

The gentle egg shell tone ‘morning fog’ was selected by 38 per cent of participants as the most calming shade, followed by ‘dawn break’ and ‘candy cream’.

Sunny yellow shades ‘koi’, ‘rocket launch’ and ‘florida’ rated as the most cheerful while “more daring” pinks and oranges were considered exciting.

However, Ms Garrett warned that such shades can be polarising, and risk making people tense and irritated.

“Use these colours sparingly, and consider smaller spaces, painted shapes or feature walls as well as looking beyond the living room,” she said.

Trendy charcoals and other dark colours are a “bold choice”, but can make some people feel sad.

“Using darker colours can make a room appear smaller, so make sure this is taken into consideration,” Ms Garrett said.

“Alternatively use these darker trending colours on doors or again a feature wall and painted shapes. An entrance, a powder room or bathroom are also ideal spaces for implementing a dark feature colour. These are spaces you don’t spend a lot of time in but can create a striking impact.”