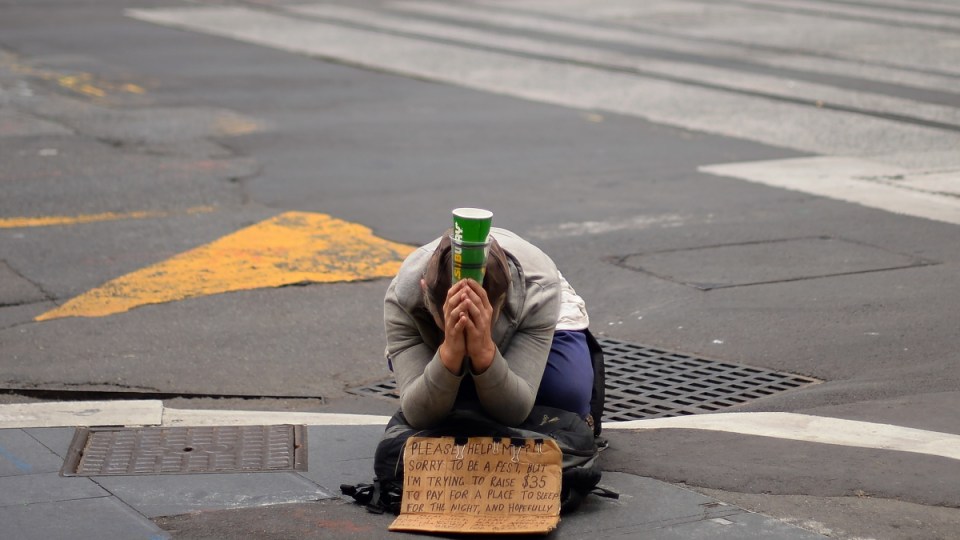 Australia’s homelessness and affordable housing crisis will worsen unless governments fund more social housing, according to speakers at a national conference focused on ending homelessness.

More than 800 people, including researchers, international experts, frontline service workers and people with lived experience of homelessness, assembled at the Melbourne Cricket Ground on Monday for the 2018 National Homelessness Conference.

Homelessness in Australia has increased sharply in recent years, rising 13.7 per cent over the five years to 2016 according to census data.

Coalition MP David Gillespie was also due to speak, however a spokesman for the minister told The New Daily that Dr Gillespie was on personal leave.

The panel cited a chronic lack of government investment in social housing as a key driver of homelessness and housing stress in Australia.

Government funding for social housing has failed to keep pace with the country’s growing population, with just 3.3 per cent of the population accommodated in social housing in 2016, compared to 5 per cent in 2001.

Mr Cameron described Australia’s housing and homelessness situation as a “crisis”, with social and economic inequality at the heart of issue.

“Homelessness and housing is not just a social issue, it’s an economic issue. We need to do everything in government that we possibly can to increase affordable housing stock and get a roof over people’s heads,” he said.

The Labor party will have “more to say on the housing and homelessness crisis before the next election”, he said.

Senator Cameron also fired shots at former deputy prime minister Barnaby Joyce, who has previously suggested that those struggling to find affordable housing in cities should move to regional areas.

“For Barnaby Joyce to tell people just to move to Armidale demonstrates what a fool he is,” Mr Cameron said, to laughter and applause.

“The jobs are just not there. They’re being created in a 10-kilometre radius of the CBD.”

Ms Colvin said that moving people to rural and regional locations where land is cheaper is not a viable solution to homelessness and housing affordability as it does not allow people to access jobs and other services that are concentrated in cities.

Uprooting people from their community and support networks can also “destroy someone’s life”, she said.

Ms Colvin instead called for the federal government to “put resources on the table, and ask the states to contribute”.

“Land is just too expensive for anyone to invest in housing for people on the lowest incomes, so we really need a federal subsidy which can then be used to leverage state governments,” she said.

Australia’s growing population and rate of immigration are not to blame for the housing and homelessness crisis, Ms Colvin said, as similar levels of growth have been experienced previously.

“People were being housed and house prices actually went down because the supply of social housing was enough,” she said.

“The problem is not the number of people, it’s lack of investment.

“This mess of increasing homelessness has been created by flawed government policy, and it can be addressed by adopting the solutions we’re calling for.”

Housing is a human right that shouldn’t be compromised by someone’s ability to pay for it, Ms Rhiannon said.

Australia needs a scheme that rather than merely attempting to make the housing market “less brutal” instead “radically redefines what housing means” as a human right,” she said.

“Universal housing could be the Medicare for the 21st century.”