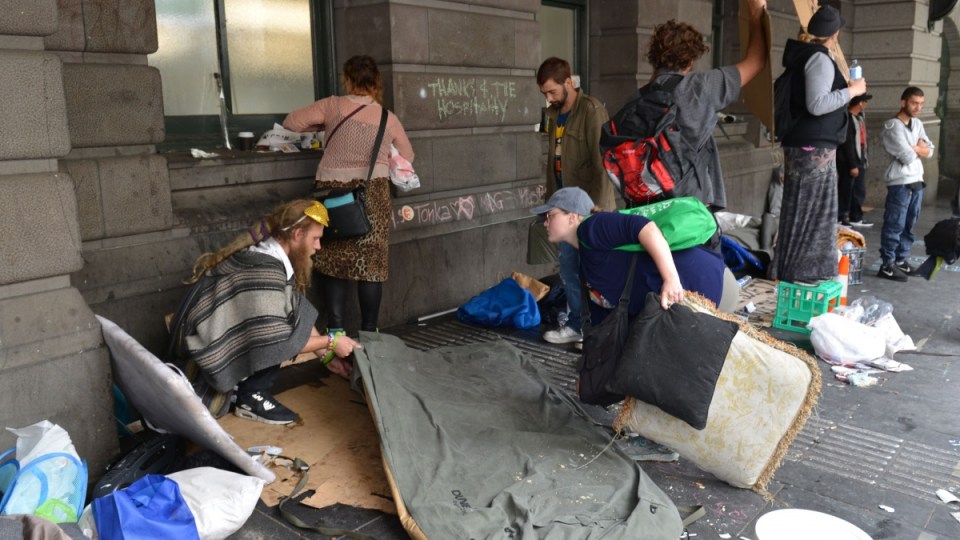 A new report has shone a light on the hardships faced by rough sleepers in Australia. Photo: Getty

Financial difficulties and a lack of affordable housing are key drivers of Australia’s homelessness problem, according to an unprecedented report on rough sleepers.

Rough sleepers – those living on the streets, sleeping in parks, cars or in improvised dwellings – are the most visible part of the homeless population.

Their numbers have grown by 20 per cent since 2011, according to a new report by the Australian Institute of Health and Welfare titled Sleeping rough: A profile of Specialist Homelessness Services clients.

Rough sleepers currently account for about one in 14 homeless people in Australia, with the remainder finding accommodation at shelters, refuges, couch surfing or in emergency housing.

Rough sleepers are more likely to be male, aged 35 or over, unemployed, living alone and have mental health and/or drug or alcohol issues, the report found.

“While 36 per cent of all SHS clients are male, this is much higher, at 66 per cent, for rough sleepers,” AIHW spokesperson Matthew James said.

“However, when looking specifically at younger rough sleepers – those aged 15-34 – we see a higher rate of females (55 per cent compared with 41 per cent males), often experiencing domestic violence.”

People approach specialist homelessness services for a variety of reasons, but a lack of suitable housing is the common issue.

“They may be currently homeless, or facing the prospect of losing their housing [at risk of homelessness],” the report said.

More than nine in 10 “persistent” SHS service users – those who accessed services every financial year from 2011-12 to 2014-15 – sought help for financial issues.

Financial difficulties was the highest reported reason for seeking assistance at 88 per cent, followed by housing affordability stress at 59 per cent.

More specifically, clients sought assistance for housing crisis (84 per cent), inadequate or inappropriate dwelling conditions (84 per cent) or because their previous accommodation had ended (67 per cent).

Only a small proportion of rough sleepers (from 6 to 14 per cent) received a long-term housing solution, and about one in five rough sleepers experienced repeat episodes of homelessness.

“Many rough sleepers experience multiple periods of homelessness, highlighting the journey that many people face exiting homelessness,” the report said.
At the end of the four-year study period, SHS agencies had assisted more than one-quarter (27 per cent) of rough sleepers into housing.
Follow Us