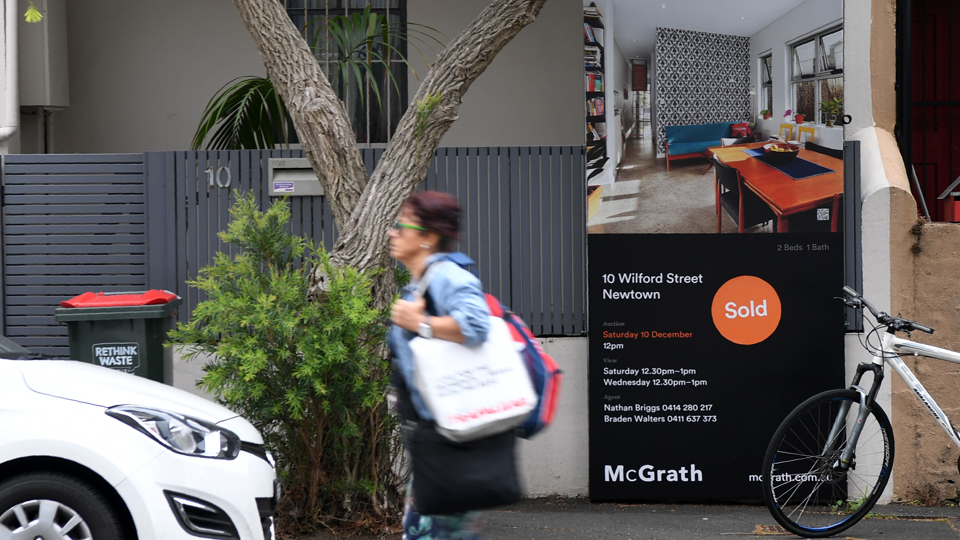 In contrast, first-home buyers increased their share of the market, with the number of first-time commitments rising to 17.6 per cent of total home loans in April, up from 17.4 per cent the month before – and well up on the recent low of 12.9 per cent in October 2015. (But still well down on the recent high of 31.4 per cent in May 2009).

It simply doesn’t make much sense to invest in residential real estate right now. Run the numbers, check them twice and on consensus expectations, they don’t add up.

That said, consider the outlook for a generic investment property in Australia’s biggest and most expensive market. It’s already come off a few per cent and there are reasonable forecasts it could come off as much as another 10.

Then there’s stamp duty – call it a neat 5 per cent. So buying today, an investor is looking at going backwards by maybe 15 per cent over the course of the next year or two.

The history of Sydney real estate says prices go crazy once a decade or so, come off a bit and then do little for several years, allowing the tail to catch up with the bolted horse. And then, somewhere down the track, go silly again.

Property should be considered a long-term investment proposition, the odd boom notwithstanding. But even with the long term understood, the outlook is that it will take several years of moderate growth to make up for the 15 per cent loss of the next year, just to get back to the starting line before actually making any money on the investment.

In the meantime, net rent doesn’t cover costs, even while money is cheap to borrow. My long-held suspicion is that all but the most professional landlords really have no idea of the total costs of residential real estate, of the chasm between gross and net rent.

But the important word here is “negative”. The investor gets the tax deduction because they are losing money. The tax system subsidises the loss, but it’s still a loss. You don’t get it back again. The weekly loss adds to that starting negative 15 per cent.

What’s more, ScoMo has trimmed the tax lurks available to investors who prefer existing housing. No more can you write off what the previous owner had already written off. And there’s no deduction for the costs of visiting investment properties to inspect or maintain them.

Real estate spruikers bravely paper over these simple realities and talk up the happy stories of price rises past. But price rises take years after a boom and in the meantime the property is burning money.

If any of the aforementioned factors are hosing down investors at present, the average investor should be grateful for them. Thank you, APRA. Thank you, more expensive interest-only loans. Thank you, royal commission (not that I think it’s the factor many others do).

There’s no hurry to buy an investment property. The FOMO (fear of missing out) factor has departed the auction.

For would-be first-home buyers, the equation is different. For a start, they need shelter. Secondly, paying off a mortgage is a wonderful form of compulsory saving, building up equity in an asset over time.

And thirdly, but very importantly, anyone who can afford to own a home is wise to do so – you’ll need to have one to cash in to be able to afford decent aged care later on.