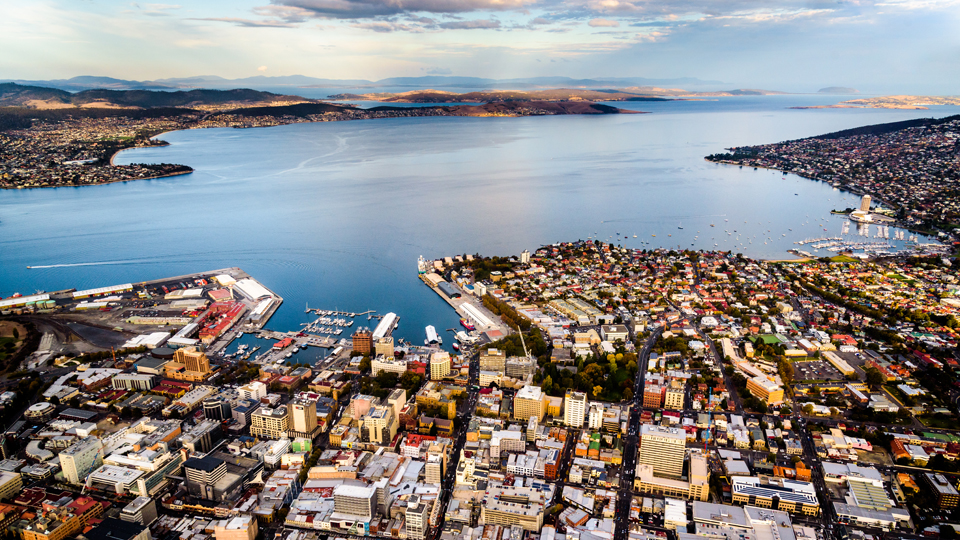 Residential property prices in Hobart have skyrocketed over the past year. Photo: Getty

Hobart has been making headlines with soaring house prices and a growing reputation as Australia’s hippest new destination for mainlanders to enjoy cultural and culinary delights and natural splendour.

For Sydneysiders and Melburnians sick of unaffordable home prices, sky-high rent, and big-city living, is it time to cross the Bass Strait and head for Hobart?

Tasmania’s capital left the other capital cities in its dust with an enormous 12.7 per cent increase in home prices over the 12 months to April 2018, according to CoreLogic data.

At the same time, the volume of stock available for sale in Hobart dropped by 30.7 per cent – in other words, home owners are delaying selling in the hope that prices will continue to rise.

“You have a situation whereby you have growing demand and very little stock actually for sale,” CoreLogic head of research Cameron Kusher said.

The high demand for real estate has also driven up rents, which have increased by 12.2 per cent over the past year, and made it harder for first home buyers, who made up just 11 per cent of the Hobart market in the first quarter of 2018, to gain a foothold.

“First home buyer numbers continue to be quite low for Tasmania but obviously with little wages growth and strong value growth it makes entering into the market more difficult,” Mr Kusher said.

“Of course the cost of housing in Hobart is nowhere near as substantial as in Sydney and Melbourne, but with far fewer jobs and a much smaller economy the increasing values do make market entry for first-time buyers more difficult.”

A Real Estate Institute of Tasmania (REIT) report released on Tuesday illustrates just how rapid and unexpected Tasmania’s housing market boom has been.

From January 1 to March 31, the state recorded its highest quarterly value of sales at $1.034 billion. The figure represents a staggering 40.2 per cent increase from the March quarter of 2016, a year before property prices became truly feverish.

Despite the eye-popping price increases, Tasmanian property prices still seem paltry in comparison to Sydney and Melbourne, making Hobart an appealing option for those priced out of mainland markets.

“Hobart remains the cheapest capital city in Australia to reside with our median price almost a third of house prices in Sydney, half of Melbourne, and $80,000 to $100,000 less than Adelaide, Brisbane and Perth.”

The outlook isn’t rosy for local renters and buyers, though, with the REIT warning that the state’s ability to provide sufficient levels of housing and accommodation is nearing crisis point.

“The situation we now find ourselves in is becoming acute,” Mr Collidge said.

“With a growing population, influx of university students, booming tourism market, and increased social housing demand the state’s ability to service all these housing and accommodation needs is near (if not at) breaking point.”

Despite the warning signs, there’s no indication that Tasmania’s property price bubble will burst any time soon.

“The level of activity within the current market suggests that there will be no relief from rising prices or rents in the immediate future,” Mr Collidge said.

“We need brave leadership to guide us into a positive and sustainable future.”