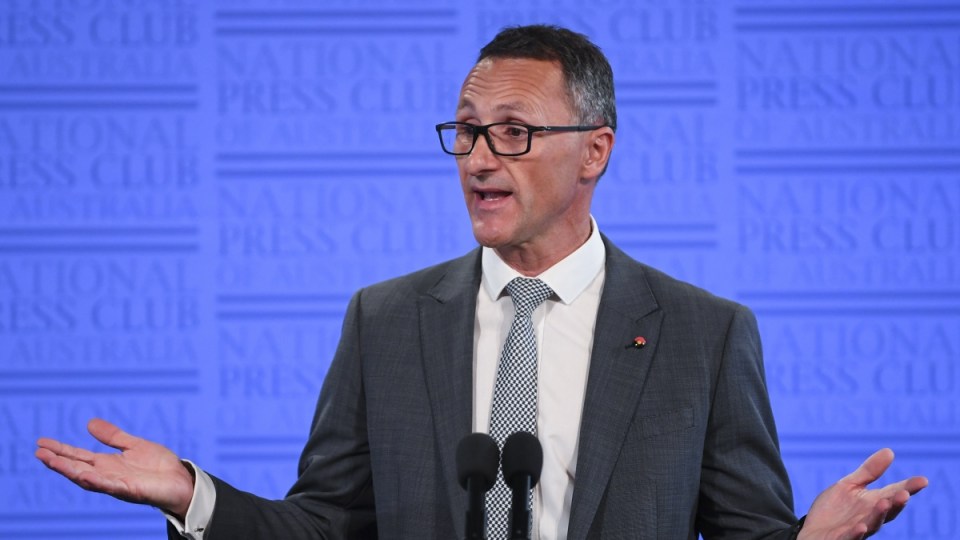 The Greens have unveiled a radical plan to give Australians access to much cheaper home loans than are currently on offer, in an unabashed attack on the big four banks’ stranglehold on the mortgage market.

Speaking at the National Press Club in Canberra on Wednesday, Greens leader Richard Di Natale called for a government-owned ‘People’s Bank’ to be set up to compete with the commercial banks by providing mortgages with interest rates as low as 3.5 per cent.

The lender would be the Reserve Bank of Australia, and the loans would be delivered through Australia Post shops. The mortgages themselves would be “no-frills mortgage trackers”, meaning they would be formally linked to the cash rate.

Crucially, borrowers would only be able to borrow up to 60 per cent of the value of their home – much less than the standard 80 per cent offered by commercial banks.

Here are some of the policy’s key details, in Mr Di Natale’s words:

“The minimum interest rate would be set at 3 per cent plus approximately 0.5 per cent for the administration costs of contracted service provides.

“The interest rate would go up with the cash rate if it rises above 3 per cent, but it will always deliver loans that householders can pay off faster and with significant savings on interest compared to the current offerings of the big banks.”

So, is it a good idea? The New Daily spoke to two prominent economists: The Australia Institute’s Richard Denniss, and independent economist Saul Eslake, to get their take. They provided two radically different assessments of the policy.

Dr Denniss supported the policy for one main reason: lack of competition is allowing the big banks to make huge profits off the interest rates they charge ordinary Australian home owners.

“The big four have around 90 per cent of the home loan market, and they’re among the most profitable banks in the world. They’re increasing the cost of mortgages to enrich their shareholders,” he said.

“So why wouldn’t we consider a national bank offering a competitive alternative?”

Dr Denniss claimed smaller banks and building societies often offered better rates than the big banks, but borrowers were still flocking to the big banks because they were “nervous” about switching to lesser-known banks.

Allowing the RBA to offer competitive home loans would solve that problem.

“It’s hard to have doubt about the RBA when the RBA stands behind the big four banks,” he said.

He dismissed concerns that access to cheaper home loans would add heat to the housing market.

“The idea that high interest rates are good for the Australian economy is a very strange one.”

He argued scrapping negative gearing and capital gains tax concessions was a fairer, surer way to take heat out of the housing market.

Saul Eslake told The New Daily that while it was logistically feasible for the RBA to offer home loans, it was not a good idea for three reasons.

First, it would create a conflict of interest. He pointed to the once government-owned Commonwealth Bank, which until 1959 was both a mortgage lender and central bank.

That meant it was both regulator and participant in the market it was regulating.

“In 1959 the Menzies government decided it was an unacceptable conflict of interest for Commonwealth Bank also to be the central bank,” Mr Eslake told The New Daily, adding the same principle applied today.

The second reason he opposed the People’s Bank was that the Australian economy does not need more cheap money.

“It’s not as if there’s any shortage of housing finance in Australia. In fact we’ve got too much,” he said.

His third reason for opposing the policy was that, because the RBA would only cover 60 per cent of the house price, it would only really benefit those who could save up the remaining 40 per cent.

The rest, he said, would have to borrow the remaining 20 per cent from commercial lenders at much higher rates of interest.

Cheap mortgages for everyone! Greens’ call for ‘People’s Bank’ unpicked