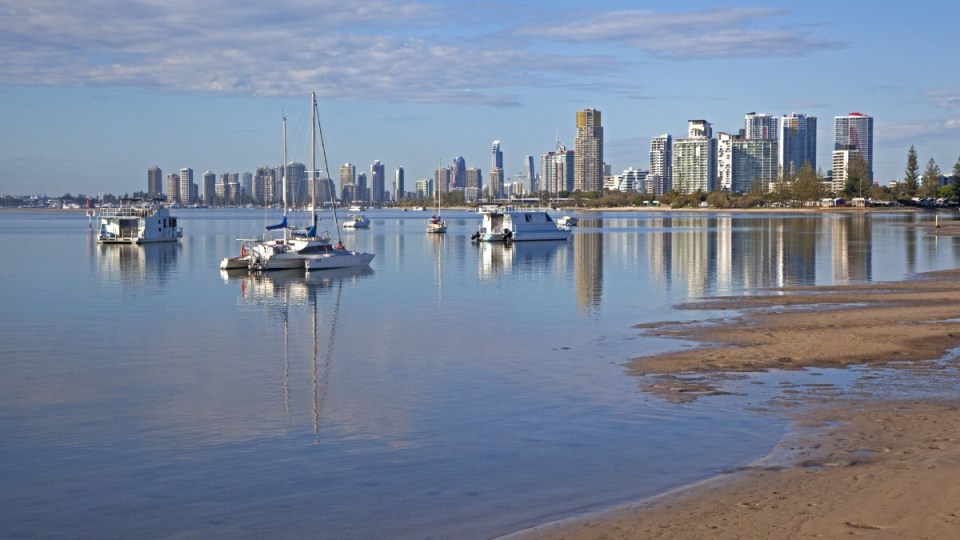 The 2018 outlook for Gold Coast property is fine. Photo: Getty

No one can safely predict what will happen in the property market in this year but, armed with what we know of last year’s market and which political events are due to occur this year, we can say that real estate in 2018 will be, well, uncertain.

Depending on which state they live, agents and experts across the country have reported the market has “returned to normal”, is a “buyer’s market”, has “subdued” and is “adjusting”, but spot signs of improvement in the second half of the year.

Queensland agents in the state’s south, in particular, are feeling cautiously optimistic thanks to a $12 billion infrastructure spend for the upcoming Commonwealth Games on the Gold Coast.

In other words, with the odd exception, prices are not expected to jump, or at least skyrocket, the way they have in Victoria and NSW in recent years. (House and unit values in Sydney jumped 10.5 per cent in the 12 months to the end of the 2017, and 12.1 per cent in Victoria – after five earlier years of steady growth).

The CEO of view.com.au, Enzo Raimondo, says 2018 looks like being an “interesting year”.

“We are already seeing changes to both Sydney and Melbourne in terms of selling prices, clearance rates and sales numbers, which are all starting to trend down marginally,” he says. “There should be some reprieve for first-home buyers, as prices start to stabilise in 2018.”

While no one seems to be predicting a rise in interest rates this year, the fact that we still have the lowest interest rates in 60 years is no longer catnip to home buyers.

Fickle political and consumer sentiment means many homeowners are hunkering down. They’re not selling or buying, but they might be renovating. In part, that means the buyers who are out there can’t find enough properties that suit them.

This lack of supply is contributing to a “steady as it goes” approach across the national real estate market.

Jarrod McCabe, director of Wakelin Property Advisory in Melbourne, agrees with most of these sentiments. He does say a possible 4 to 6 per cent rise in Melbourne home values in 2018 “is still a very, very good performance”.

He says the market has come off from its highs as foreign investment has reduced. This will have a downward effect on prices for high-rise, cookie-cutter apartments.

But the positive, he says, is that agents are seeing the effect of changes to Victoria’s stamp duty charges for first home buyers. “This will have impact on properties in the under-$700,000 market.”

In South Australia, some lift might be expected from interstate buyers picking up properties for far less than they’d have to pay for a similar place in Sydney or Melbourne.

Perth, however, is expecting to continue to wallow in a post-mining boom slump.

Elsewhere, Darwin’s property values fell 4.7 per cent last year, while Hobart’s jumped 14.3 per cent. These trends might continue – or might not. As we said, no one is predicting certainty.

This is what we can expect from property in 2018