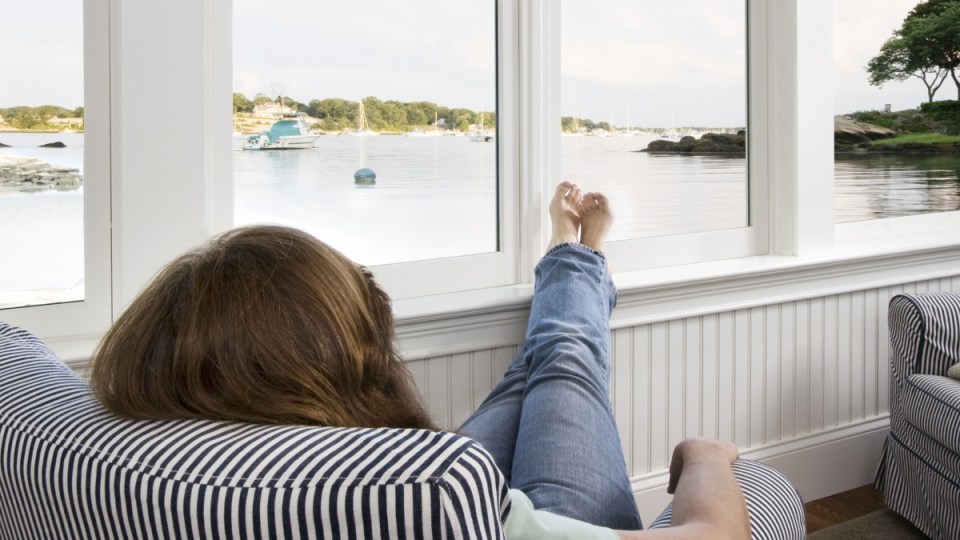 Many of the postcodes with high rates of home ownership are near the beach. Photo: Getty

About 69 per cent of Australian homeowners have a mortgage, according to the latest Census figures. In other words, that’s most of us.

Those who don’t have a mortgage tend to be older, wealthier, or simply only buy properties they can afford. Lucky them.

But for whatever reason – please don’t use the phrase “biting off more than you can chew” – many of us are still slogging our way through a 30-year debt.

It is what it is, might be the response. But a closer look at housing data reveals some surprising facts.

We took a look at the top 25 most mortgage-free locations in Australia. The results show that while many of them are in the blue-blood enclaves of Sydney and Melbourne, where the historically wealthy congregate, a surprising number are not. 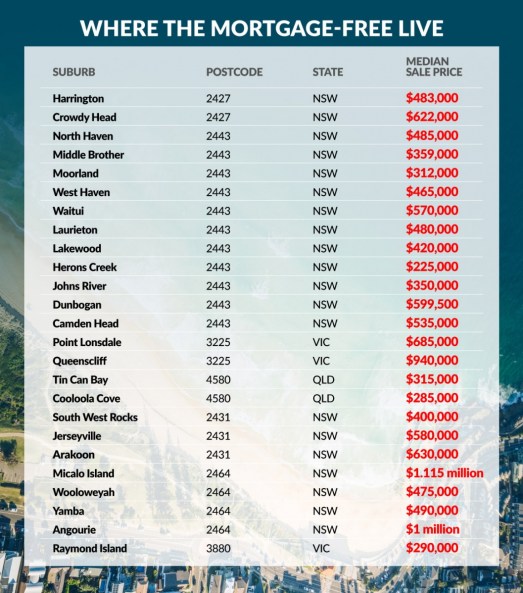 While many Toorak and Point Piper denizens are blissfully sitting on debt-free multimillion-dollar plots, an astonishing number of outright homeowners live in the regions. In fact, more people on the mid-North Coast of NSW are without mortgages (63 per cent) than in Melbourne’s leafy inner-east (57 per cent) and Sydney’s eastern suburbs (54 per cent).

Of the top 25 regions where residents have no monthly mortgage payments, 16 are on the mid-North Coast of NSW and four are in that state’s Northern Rivers area.

The remaining five are on Queensland’s Sunshine Coast (2), the Geelong area outside Melbourne (2) and East Gippsland in Victoria (1).

The median prices for houses (not units) in these regions are relatively low. They mostly range from $225,000 (Herons Creek, NSW) to about $600,000 (Dunbogan, NSW). Only two of the 25 break the million-dollar barrier – Angourie and Micalo Island in the NSW Hunter Valley’s central North Coast region.

Cross-checking with Australian Bureau of Statistics figures shows one of the main reasons for the strong outright home-ownership levels in these areas is the influx of cashed-up retirees who have sold city homes.

What this also means is that when times get tough – maybe interest rates rise, a GFC strikes or a tsunami washes into Sydney Harbour or Port Philip Bay – these areas are much more likely to hold their property values because fewer people will be forced to sell their homes.

In contrast, those in the most heavily mortgaged areas are far more likely to see the value of their property fall in a crisis because a greater number of homeowners will be forced to sell.

That’s the way the housing market works when the economy heads south. What this knowledge can do, however, is help home buyers – and property investors – plan ahead.

For instance, most of the 25 mortgage-free regions tend to be within driving distance of a major centre – Port Macquarie, Lismore, Geelong, Sale – where there are major hospitals, an airport and some kind of educational or government administration.

If retirees keep flocking to these areas, a property in these regions is perhaps be more likely to retain its capital value than an old house back in the city.

But those looking to to invest in these areas, and find tenants, might need to be more cautious. In a downturn, would your tenants’ employment be secure enough that they could keep paying the rent?

On the one hand, owning property in a strong mortgage-free area might mean it keeps its capital value. Conversely, a downturn might affect your ability to earn rent or pay your mortgage.

Paradise postcodes: Places where people own their homes outright