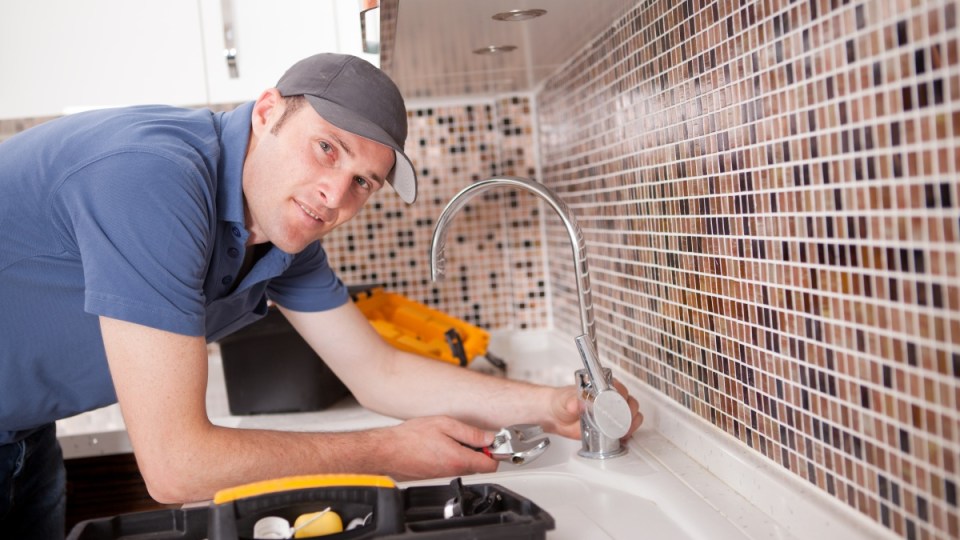 According to the latest survey data on hourly rates for tradies, Victoria’s tradies are officially the cheapest in Australia, except when it comes to plumbers.

Plumbers in the garden state are well out in front, enjoying the most expensive hourly rate in Oz (a mantle previously held by their counterparts in Western Australia) – and it’s no wonder, with all those S-bends to tend to.

With Victorian plumbers being flush, there is no reason for householders in that state to be exposed to “plumbers’ crack” – cashed-up tradies can finally afford a pair of shorts that fit properly. 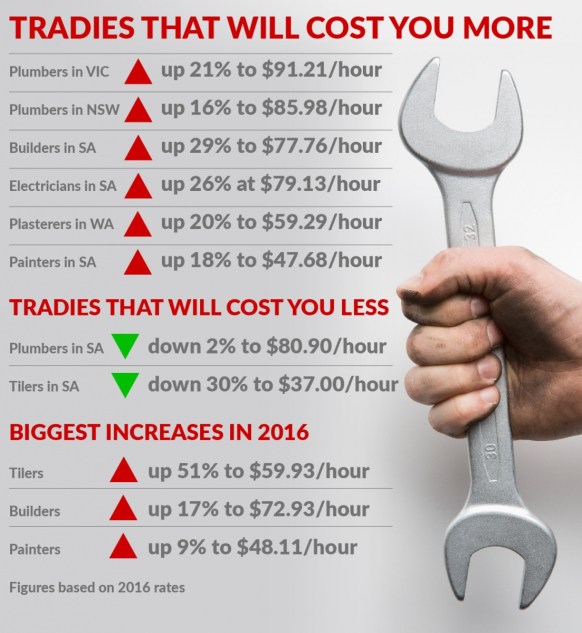 The national list of hourly rates for various trades was compiled by serviceseeking.com.au, which compared 52,000 quotes submitted during the first quarter of the 2017-2018 financial year.

The hourly rates do not include tax. A sole trader also has to account for other business costs such as tools, work vehicles, insurance and superannuation, as well as labour.

Queensland and NSW have enjoyed a housing construction boom in the past year, which has helped boost the general earning capacity of the average tradie in those states.

Further south, Victoria’s massive road and rail projects are contributing to a shortage of tradies in some areas, which might be leading to higher prices. 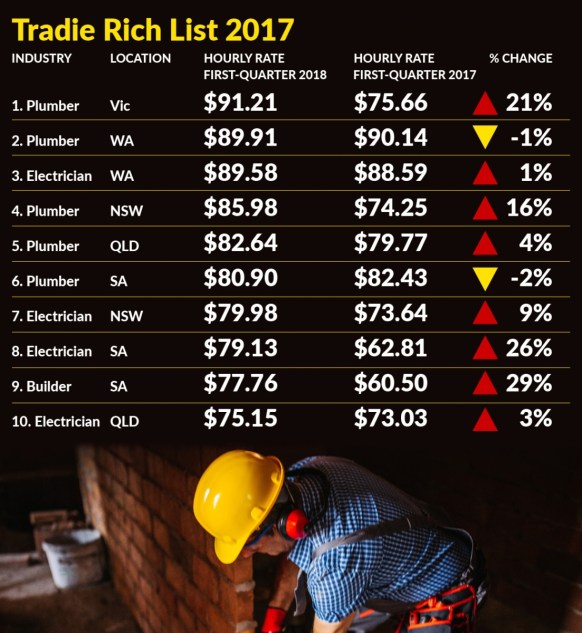 Unvaccinated Pauline Hanson has COVID
‘Should have been a penalty’: Boy crash-tackled by PM gives his verdict
Amber Heard’s sister and friend give evidence
Russian Google to file for bankruptcy
Man arrested at NSW school for bestiality
Concern about COVID-19 deaths in aged care
Paradise postcodes: Places where people own their homes outright
Today's Stories

Plumber, electrician or builder … how much will that tradie cost?