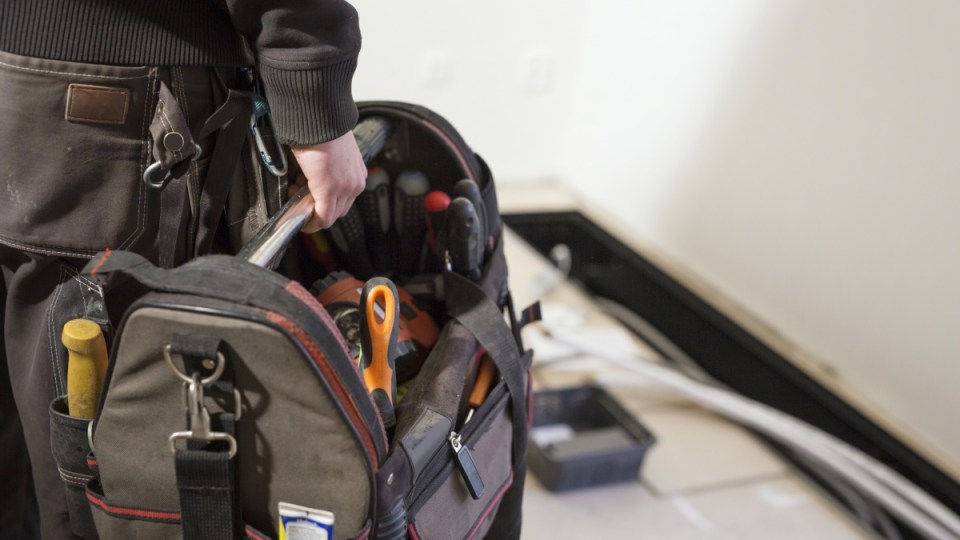 My parents’ first divorce was sparked by a housing recession in the early ’80’s. Dodgy builders were thick on the ground and going broke mid-build, leaving home-owners to muddle their way through a nightmare of sub-contracting.

Dad, a Prince Philip lookalike who had never wielded a spanner, decided to take on a few DIY jobs. This had catastrophic consequences, delaying the project by close to eight months. Mum walked.

But no mere horror story has ever stopped a red-blooded Aussie from having a crack at something he or she knows nothing about. Home improvements are no exception.

Hanging around at home in the summer holidays, chances are your attention will be drawn to a job you’ve been meaning to get someone in to do. Doing it yourself can be a great way to save money.

With how-to YouTube videos merely a dangerous click away, the temptation can be to tackle some of these jobs yourself. However, you can soon find yourself out of your depth and spending even more money to correct your mistakes.

Here’s a list of jobs that Aussie tradies from serviceseeking.com recommend you don’t attempt:

This job is time-consuming, labour-intensive and dangerous – and it can mess up your whole house if you get it wrong.

Professionals know how to dance across a tiled roof with the lightness of a ballerina. On the other hand, if you don’t know what you’re doing, you can break more tiles in the process of mending a couple of broken ones.

A roof should last at least 20 years; it’s worth investing in a professional.

We had a tree in our yard that attracted bats from across the globe. The nocturnal rumpus was reaching worrying levels and neighbours were complaining. It had to go.

But this was not a job for us – one wrong move would have meant a tree in our living room or a squashed husband, or both.

Even if you do manage to plan the tree’s downfall correctly, you will still have a stump to remove. Hire an arborist: they do this daily, and safety is the main concern.

Does the average punter know about load-bearing walls? If they do, they might not know exactly how to handle them. If you make a mistake, your whole house is at risk.

Even if a wall is not load-bearing, it might contain water and gas pipes and electrical wiring. If you’re planning on taking out walls, bring in professionals.

A work colleague, who weighed in at about 160 kilos, thought it a smart idea to change a lightbulb while standing on his dining room table. One sleeve of the table folded, trapping his ankles and snapping them, the other sleeve bounced up and hit him in the back of the head.

While most of us are able to complete such basic tasks, homeowners shouldn’t try to do anything that involves moving pipework or rewiring. When you consider your house could burn down or be flooded (and you might kill yourself) in the process, it’s not worth the risk.

Adding a small leadlight window facing west seemed like a good idea at the time. After all, it involved only punching a hole in the wall, right?

But consider that a hole in the side of your house will have to be secure and completely watertight. What if you don’t get it quite right, and the window falls out? It could kill someone. Even a small mistake could result in serious damage to your home and its contents. Hire a tradie.

If the boards on your weatherboard castle are past their prime, it will take time and knowledge to replace them. Don’t be tempted to slot in a little piece here or there; it looks cheap and nasty.

Replacing weatherboards is considered major DIY, and is a job most homeowners know better than to take on.

Pink Batts anyone? I think we all learnt enough about the dangers of installing roof insulation during those terrible years of the rebate scheme, when rogue operators thought they could get untrained kids or 457 visa holders to throw a bit of insulation into a roof. Deaths and injuries resulted.

Further, if you don’t know which insulation to use, how much to use, or where to put it, you can create new problems. These include improper ventilation, overheating, and even wood rot. And, if you don’t watch your step, you could come right through the ceiling.

At first glance, it seems easy enough: A few screws here and there and you’re done. Easy.

But guttering is directly linked to the roof, and it is virtually impossible to repair it without affecting that roof. It’s also tricky work, often done from a long ladder (think twice about anything that involves a long ladder) with limited stability.

It should certainly not be attempted alone. But save yourself the headache and the risk of injury and roof damage. Call in the pros.

It might surprise you to know that not everyone can measure a straight line. Watching a creative genius try to build a deck while lacking passable hand-eye co-ordination, is, well, just sad.

Precision is paramount with these kinds of projects. Decks must be built according to requirements about such things as space between boards. Nail placement must also be precise.

Unvaccinated Pauline Hanson has COVID
‘Should have been a penalty’: Boy crash-tackled by PM gives his verdict
Amber Heard’s sister and friend give evidence
Russian Google to file for bankruptcy
Man arrested at NSW school for bestiality
Concern about COVID-19 deaths in aged care
The property hotspots set to defy the downturn in 2018
Today's Stories