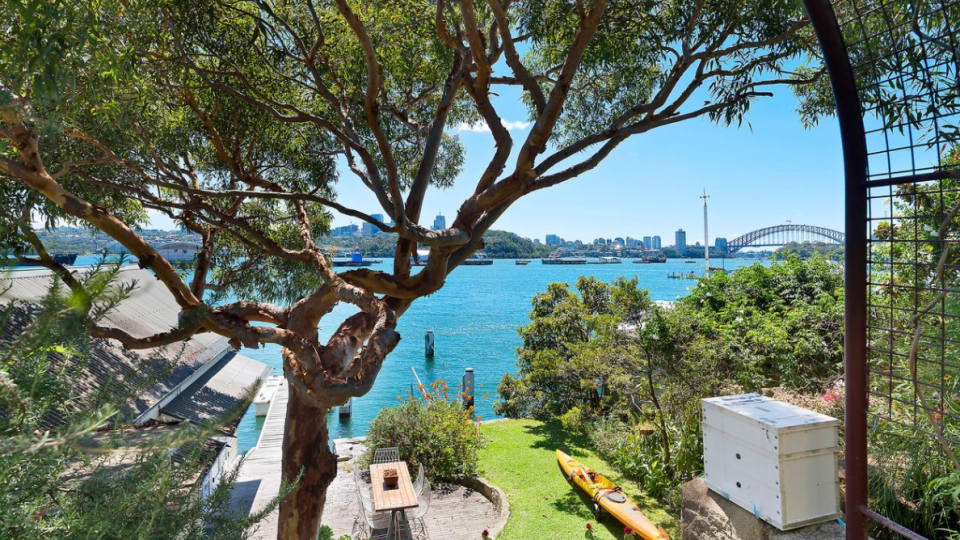 Australia’s top weekend auction sale was on the waterfront at Birchgrove on Sydney Harbour.

There were four registered bidders.

It sits on a 692 square metre parcel taking in views including Balls Head and the Harbour Bridge. There was a self-contained boatshed along with a mooring for a 30-foot vessel, with an application lodged to increase permission to 50-foot.

Melbourne’s Malvern was next priciest after $6.6 million was paid for 6 Moorakyne Avenue at its Jellis Craig auction. It was an English-style family residence, renovated by Nicholas Day over a decade ago. It had last sold at $3.6 million in 2006.

The nation’s cheapest result was when $187,500 secured a three-bedroom townhouse at Mount Warren Park, near Brisbane’s Logan. It was a mortgagee offering which had last sold at $251,000 in 2009.

There was an overall preliminary clearance rate of 63.1 per cent, but it’s likely to be lower after final results.

The final clearance rate for the prior week was 60.3 per cent across the capitals, the lowest this year, and the lowest reading since late 2015.

Melbourne’s clearance rates have been tracking below 70 per cent for five consecutive weeks, as volumes across the city have been consistently higher.

The weekend volumes in Melbourne reached their second-highest level this year at 1837 offerings.

Martin, who became the youngest person to circumnavigate the globe solo in 1999, expected $1.2 million to $1.32 million for the Emerald home.

But the modern main residence, which incorporates the site’s original two-bedroom 1800s cottage on the 4024 square metre property, fetched $1.15 million, according to the Herald Sun.

One year ago there were 1685 Melbourne auctions held, with a notably higher clearance rate (78.4 per cent).

Sydney’s clearance rates, which have tracked around the mid-high 50 per cent range over seven consecutive weeks, came in at 58.7 per cent across a total of 990 auctions held, increasing on last week’s final clearance rate of 56.2 per cent when 1143 auctions were held.

Over the same week last year, 1163 auctions were held across Sydney and a clearance rate of 73.7 per cent was recorded.

Across the smaller markets, Canberra recorded the highest preliminary clearance rate this week, while Brisbane returned the lowest again.

Canberra prices ranged up to $1.6 million at Campbell.

Brisbane sales included a $3.355 million newly built Queenslander in Ascot. The block had sold at $1.3 million in 2014 before its construction.

There were 183 Brisbane homes taken to auction, with 131 results reported so far. The preliminary clearance rate is 46.6 per cent, up from 42.8 per cent last week and higher than one year ago, when 43.5 per cent of the 206 properties taken to auction were successful.

A total of 163 Adelaide homes were taken to auction, returning a preliminary clearance rate of 65 per cent across 120 results, up from 59.1 per cent last week when 144 auctions were held across the city.

It was marketed as an opportunity to renovate the split level home or develop the 614 square metre land.