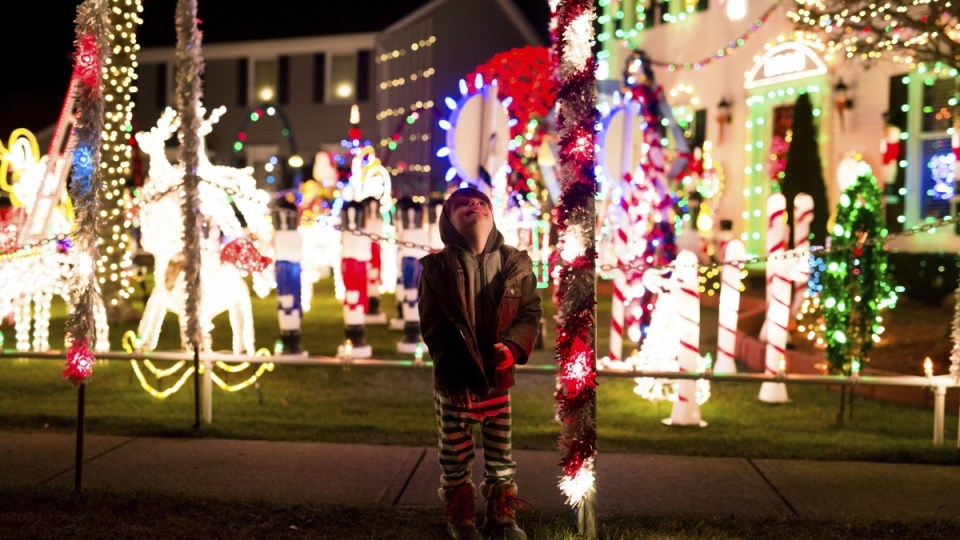 Call me a Grinch but don't put out the tinsel in November. Photo: Getty

It’s as if no one has heard of Advent.

Each year the yule-tide enthusiasts get more and more brazen about pushing the boundary between a respectful time to put up external Christmas decorations and the beginning of the journey of the Magi.

Call me the Grinch, but when I saw a neighbour deck out their hedge with all manner of tinsel in early November, I thought they had better have a good excuse!

My neighbours are deaf to any such trivial concerns as I live frighteningly close to the uber-Christmas epicentre of Melbourne, the Ivanhoe Boulevard.

Since the 1950s, this veritable wonderland of glittering hysteria welcomes about 75,000 people each year.

There are now coffee carts, doughnut stalls and all manner of paraphernalia as dazed onlookers struggle along the street with heads crooked at 90 degrees.

Even the local council’s warning that security will be upgraded this year due to possible threats of terrorism will not dampen the crowd.

In fact, it gets bigger every year.

Long-time Boulevard resident Gerry Carland says he has always loved the event, but others have consistently shunned it for the 20 years that he has lived in the area.

“It’s quite funny to go along the strip and suddenly come across a darkened home with no sign of life in the windows, and you wonder what they are up to in there and why they haven’t joined in – I believe it costs a fortune!” he says.

But it’s not just Ivanhoe.

Geelong and the rural Victorian town of Casterton are becoming well-known for their festive light displays.

Miley Gardener of Geelong says her first sighting of the lights at Casterton changed her forever.

“I have to confess that I first became addicted to Christmas decorations when I went to visit the town of Casterton on the Victorian border,” she says.

“The whole town decorates their houses and I went home, all bright lights-inspired and thought, ‘This year I am going to decorate not only the tree but the balcony!’

“I was a bit embarrassed about doing this at first that it was a little bit over the top.

“Five years and probably $2000 dollars on inflatables, red decorations, reindeer and blinking lights later, I now have the whole of the front yard decorated as well.

“I am not even embarrassed about how crazy I am about this now.

“I love it when neighbours and people come along to have a chat to me about it when I’m out in the garden in summer.

“Most people are into it and those that aren’t well they are just humbugs. Christmas is more fun with more lights!”

He loves spending hours up on his roof assembling cords and lights for his magnificent display.

“I started doing it at first because no one in the street did anything at all, now we have a snow-filled snowman by the front door, reindeer on the roof, candy canes along the driveway – it gives the kiddies a thrill,” he says.

With social media fanning the flames of Christmas hype, it’s little wonder that Ivanhoe has more competition than it can poke a fluorescent candy cane at.

Geelong’s once controversial Christmas floating tree is back in place on Corio Bay, lighting up Eastern Beach road on the Geelong Waterfront.

The 25-metre tree features 11,000 reflective discs and attracts an estimated 150,000 visitors to the area each year.

Originally the brain child of colourful Geelong mayor Darryn Lyons, the tree was initially estimated to cost around $1 million dollars over five years.

But only a Grinch would focus on the cost and not how much it revenue it has brought in, not to mention joy to thousands of people.