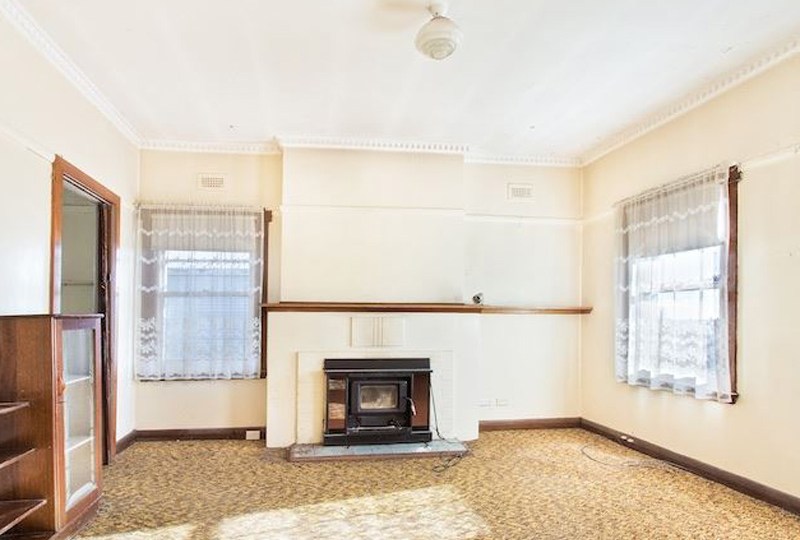 Australia's cheapest sale at the weekend was in Tasmania. Photo: Harcourts

House prices in the Tasmanian capital are growing at a faster rate than many of the world’s biggest cities, according to a new survey, but there are still bargains to be found.

Hobart was the newcomer on the list, leaping from 77th to 34th spot, only 11 places behind Sydney and 10 behind Melbourne, with annual price growth of 11.3 per cent.

Despite this, Tasmania secured the nation’s cheapest auction result over the weekend.

It was when $140,000 was paid for a three-bedroom weatherboard home at 25 Morse Street in the north coast Burnie suburb of Montello.

It was snapped up pre-auction, one of the state’s 10 weekend auction listings.

“There was the ability to glimpse Bass Strait from the front rooms of this wonderful property,” Harcourts told prospective buyers.

Five of the eight known Tasmanian results found buyers, topped by a $500,000 sale at Howrah in Hobart.

It was marketed as a “weathered, but charming three bedroom home that captures picturesque views of the River Derwent and Mount Wellington”.

On the mainland, after more than 100 groups through, former AFL ruckman Angus Graham kicked a goal when his Yarraville townhouse sold at auction for $202,000 above its reserve.

The three-bedroom timber property, in the inner west of Melbourne, was sold for $1.152 million to a local family by the former Richmond and Adelaide player.

The final two of the four bidders went toe-to-toe from $1 million, the Herald Sun reported.

Across Melbourne, there was a 73.9 per cent success rate of the 716 reported auctions. It was the nation’s highest capital city clearance rate with one in six sold before the scheduled auction.

There were 812 properties taken to auction across Melbourne, down from 874 last week when the final clearance rate was recorded at 70.8 per cent.

Melbourne’s cheapest result was when a two-bedroom house at Melton South fetched $280,500.

Last sold seven decades ago ago, the 320 square metre holding at 16 Greig Street sold to a local family for $3,560,000 through Greg Hocking Real Estate, well above its $3 million reserve.

Australia’s top sale was in Sydney when a three-bedroom McMahons Point terrace sold for $4.05 million through Stone agents Annika Bongiorno and Aaron Bongiorno.

Domain figures showed an overall Sydney clearance rate of 71.5 per cent on Saturday, up from 69.7 per cent the week before.

The rebound was also apparent in CoreLogic data that noted Sydney was host to 650 auctions this week with a 72.5 per cent success rate, rising from 68 per cent last week across 840 auctions.

The national auction clearance rate sat at 70.7 per cent, up from 67.3 per cent last week, while winter auction volumes fell week-on-week.

There were 1751 properties taken to auction this week, down from 2001 last week, although higher than this time last year.

Adelaide, however, saw a decline to a 56.1 per cent preliminary result across 61 auctions, down on the prior weekend’s 80 auctions which returned a clearance rate of 60.6 per cent.

The top sale in Adelaide was a four-bedroom Linden Park house that sold for $1.12 million.

Located at 26 Sturdee Street, the 841 square metre property has been marketed as a rare investment opportunity.

The nation’s cheapest mainland auction result was outside of Brisbane where a four-bedroom Beaudesert house was sold for $275,000.

Located at 52 Meridian Way, the property sold at under the median price of a house in Beaudesert which is $320,000.

Domain chief economist Andrew Wilson suggested the extra strength in the national auction market was probably the result of first home buyer activity after the introduction of greater grants and concessions.

“It is going to take a few weeks to know but I think the first home buyer activity is making a difference. There is definitely a bounce back,” Mr Wilson told Domain.

“We probably would have expected the clearance rate to fall otherwise.”

Across Canberra, 65 homes were taken to weekend auction with the preliminary results showing a clearance rate of 63 per cent, down from 71.4 per cent the previous week.

‘I am not afraid’: The modern unknown soldier risks it all in Ukraine
Greens sign up for Labor’s looming jobs-and-skills summit as Liberals stick with boycott
Joe Biden’s $430b green victory for the environment
China cementing its Thailand ties with joint military exercises
NRL: Titans frantic to end 10-game losing streak as Manly showdown looms
AFL: Western Bulldogs cling to finals hopes after GWS thriller
Meet the doctor who gets super funds to kick their tobacco habit
Today's Stories

Despite rapid price growth, there are still bargains in Tasmania