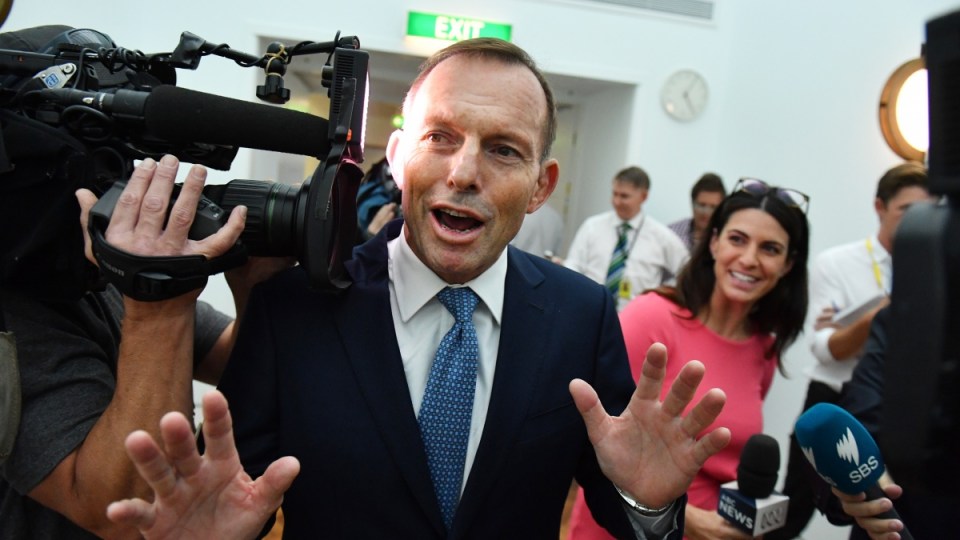 Allowing prospective home buyers to access their superannuation to purchase a property is “a good idea” that should be considered by the Federal Government, says former prime minister Tony Abbott.

His comments came hours after Treasurer Scott Morrison outlined his plan for addressing skyrocketing property prices in Melbourne and Sydney in a key pre-budget address, which carefully made no reference to the proposal.

Mr Morrison and some Coalition MPs have not explicitly ruled out the controversial proposal that was described by Malcolm Turnbull as a “thoroughly bad idea” in 2015.

Last month, Mr Morrison said there was no plan to allow younger Australians to access super but some within Government are pushing the idea.

Also in March, former Prime Minister Paul Keating savaged the idea that first-home buyers should be given access to superannuation to help finance a property.

“Only the most reckless and wilful government would abort the policy settings to put the [superannuation] system at risk,” wrote Mr Keating, one of the main architects of Australia’s superannuation system.

Mr Keating argued the idea would rob younger Australians of a large block of savings at the end of their working lives, and make houses even less affordable.

But Mr Abbott told reporters in Sydney he had “sympathy” for those who wanted to access their retirement savings and said the proposal had “some merit”.

“You want your money to be as useful as it can be,” he said.

“Superannuation is not the Government’s money, it is the people’s money.

“If people would prefer to use it to put down a deposit on a home rather than saving it up for 30, 40 or 50 years’ time then, why not? I think this is a good idea.”

Mr Abbott said the Government needed to focus on increasing the supply of housing and to scale back demand by curbing immigration.

‘We don’t want to boost demand’

Allowing early access to retirement savings was not mentioned by the Treasurer on Monday, who instead reaffirmed the Government’s opposition to changing negative gearing and called for more private investment in affordable housing.

“This would not be good news for the 30 per cent of Australian households who rent.”

Allowing younger Australians to access their superannuation was floated in 1993 when former Labor prime minister Paul Keating took it to an election, only to abandon it a short time later. (Last month he wrote that “as an economic idea, this is scandalous.”)

Former treasurer Joe Hockey returned to the idea in 2015, drawing criticism from Finance Minister Mathias Cormann, who said it would only increase property prices.

The Committee for Economic Development of Australia has supported the idea, calling for super to become an after-tax payment to address equity concerns.

The Grattan Institute’s John Daley has previously said the proposal would help first-home buyers save for a deposit, but would mean worse affordability for buyers overall.

Speculation the Government may be looking at super reform has concerned some industry executives who believe it may undermine public confidence in the system.

“Withdrawing superannuation savings to buy a house — especially when house prices appear to be at the high end of the cycle in the major states — will not help first home buyers into the market,” said Financial Services Council chief executive Sally Loane last month.

– ABC, with The New Daily

Coalition in confusion over super-for-housing suggestion