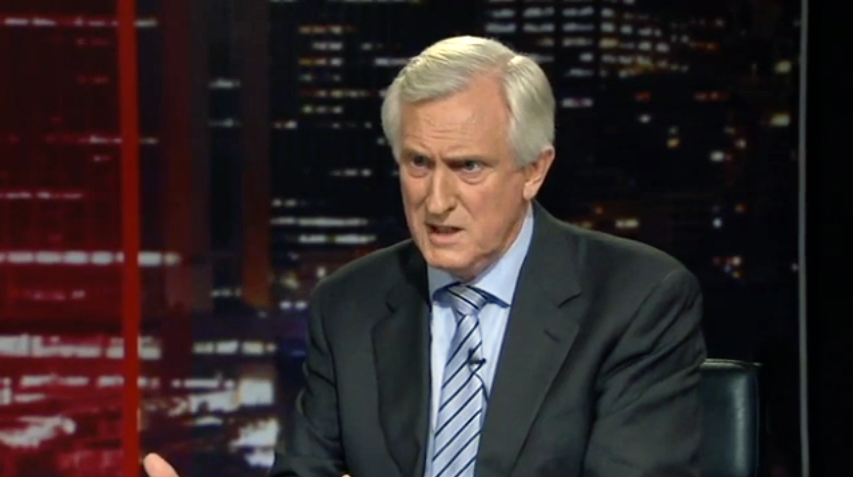 Former Liberal leader John Hewson has openly said what others have been too afraid to: we’re in the midst of a property bubble.

Dr Hewson, who has a PhD in economics, said parts of Sydney and Melbourne (and possibly Brisbane) are in a “bubble” and a “housing crisis” that risks a US-style “big correction”.

“The bubble’s there because of the pace at which prices have risen. The market is now out of reach of so many people,” he told The New Daily.

“We have very strong demand from the natural rate of population growth plus immigration. But we’ve allowed that to be accentuated by investor demand, through artificial, favourable tax concessions; by foreign demand; and by self-managed super fund demand.”

This is a “difficult situation” to remedy, said Dr Hewson, a former Reserve Bank employee and Macquarie Bank director, because the Australian banks are “exposed” to high leverage on mortgages.

So any government intervention to slacken this artificially-stimulated demand risks dire consequences, he said. “There are no silver bullets.”

This followed his very frank comments to ABC Lateline on Tuesday night, where he repeated the warning of a property market “crisis” created by “neglect and drift”.

An economic ‘bubble’ is when prices rise far above the true economic value of an asset — in this case, dwellings.

Dr Hewson is at odds with many conservatives who believe in the ‘efficient market hypothesis’. This is an economic theory that says ‘bubbles’ cannot, by definition, exist because prices always reflect economic reality.

The Reserve Bank, tasked by Parliament with preserving the “economic prosperity and welfare of the people of Australia”, recently strayed as close to candidness as is possible for a regulator that can panic markets with a single word.

Its latest coded warning: there has been “a build-up of risks associated with the housing market”.

This was buried at the bottom of the minutes of the RBA board’s March meeting, published on Tuesday. It was the briefest of mentions, but many experts read into it deeply.

The bank noted rising property prices in Melbourne and Sydney, the “considerable” number of apartments coming onto the market over the next few years, resurgent growth in investor lending, and household debt rising faster than household income.

The implicit warning was confirmed later on Tuesday when the Financial Review reported that three regulators – the RBA, ASIC and APRA – have formed a working group to explore tougher mortgage lending rules on the banks.

Whether the word “bubble” passes their lips or not, the experts are worried.

John Hewson has the courage to call the housing bubble