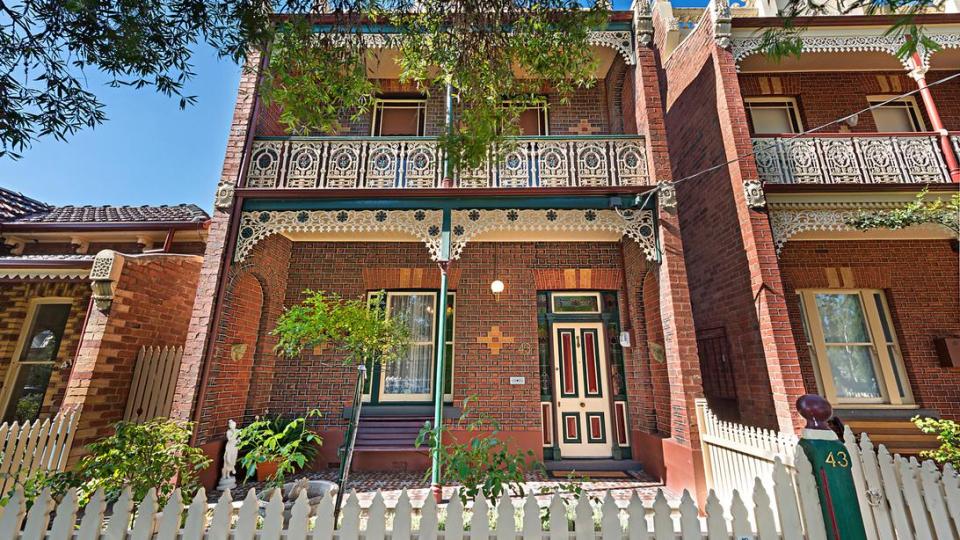 Heppell’s three-bedroom, Moonee Ponds terrace fetched $1.44 million after being passed in at $1.35 million.

Lloyd’s three-bedroom 1890s Albert Park cottage sold for $1.85 million after it passed in on a vendor bid of $1.8 million at its Greg Hocking Holdsworth auction. 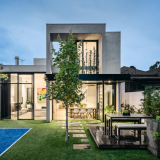 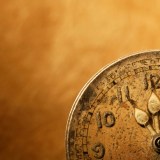 OECD warns of a ‘rout’ in house prices

The highest price paid over the weekend came in Sydney, where a five bedroom McMahons Point house with Harbour Bridge views sold post-auction for $9.38 million.

Located at 3A Warung Street, the tri-level property is set in a prized waterfront enclave.

The property’s agents, McGrath, suggested the sale was the Sydney lower north shore’s highest auction result so far this year.

After nine contracts were issued, just two interested parties competed for the home which was passed in at $9.1 million.

It sold post-auction to a couple reportedly downsizing from Hurstville, according to Domain.

Another highlight in Sydney saw the waterfront 1870s Balmain home of anthropology academic Professor Richard Wright fetch $6.1 million, well above its $5.5 million reserve, when offered for the first time in more than five decades.

Back in Melbourne, a four bedroom 1920s Toorak home sold for $5.5 million in what was the city’s highest priced result.

The solid brick residence was marketed with a price guide of $4 million-plus through Marshall White as available for immediate residency, renovation or development as apartments or townhouses.

Auction results continue their strong run into March, with Sydney and Melbourne recording an 80% clearance rate, according to CoreLogic’s latest report.

The property data firm said the preliminary clearance rate across the combined capital cities fell slightly, from 78.4 per cent to 77.8 per cent, based on preliminary results.

The number of auctions held across the capitals was lower, with 2,714 held compared to 3,301 over the previous weekend, which was a record high for February.

“In comparison, over the corresponding weekend last year, both the combined capital city clearance rate and the number of auctions were lower, with 2,304 auctions held and 68.6 per cent reported as successful,” Kevin Brogan, CoreLogic’s auction commentator said.

Sydney saw the clearance rate remain above 80 per cent for the fourth week in a row, and Melbourne for the second week in a row, while across the remaining cities week-on-week results show a fall in clearance rates with the exception of Perth, where results improved, and Tasmania, which remained unchanged over the week.

Across Brisbane, the clearance rate was 59 per cent, down from 62 per cent last week, but higher than the 50 per cent a year ago.

Hendra had the top Brisbane price when $3.5 million was paid for a five bedroom home rich in original features.

A total of 120 auctions were held in Adelaide, down from 122 last weekend, although higher than last year (99).

Adelaide’s preliminary results show 69 per cent sold, down from the prior 71 per cent when the city recorded the highest clearance rate for the year to date.

Canberra’s clearance rate fell to 70 per cent, after being recorded at 76 per cent last weekend.

It was a five bedroom offering on an 800 sqm block at 3 Arndt Street.