There’s no doubt Australia’s extended house price boom has made many investors rich, but it has also helped state treasurers fill their coffers with stamp duty revenue.

Tuesday’s budget update from New South Wales shows this clearly. Part of that state’s stamp duty boom was a windfall from the sale of Ausgrid assets, but much of it flowed from a Sydney property market where dwelling prices have shot up 60 per cent since 2012.

But even the NSW government knows that bonanza can’t last.

Sydney house price growth has slowed from an annual 10.7 per cent a year ago to just 3.2 per cent today.

But just as importantly for stamp duty collections, the number of properties changing hands has slumped. 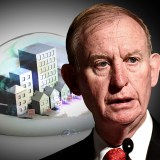 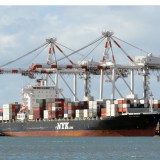 Economy shrinks for first time since 2011

Viewed at the national level, the two trends of slowing or falling house prices and falling volumes of sales are causing some intense budget headaches.

But not now. As the charts below show, the resources capitals Perth and Darwin are experiencing slumps in both dwelling prices and sales volumes.

Sydney and Brisbane have seen house prices grow just a bit more than inflation, but both have seen very large falls in the numbers of sales.

And super boom town Melbourne, where house price growth is still 6.9 per cent, has nonetheless seen the number of properties changing hands fall by a staggering 21 per cent.

None of those results can be viewed in isolation, due to the way the states are allocated that other major indirect tax – the GST.

NSW is currently doing so well, due to its nation-leading economic growth and housing boom, that it expects to lose about $11 billion of GST revenue over the next four years because of the complicated formula the Commonwealth Grants Commission uses to divide it up.

That said, the NSW government is still forecasting small budget surpluses across those four years, and is even discussing using surplus cash to fund stamp duty relief for first home buyers.

Forgetting state treasurers for a minute, what do slowing house price growth and sales numbers mean out in the suburbs?

On one level, not much. It’s easy to explain the previously higher sales numbers as being a period of exuberance, and today’s lower figures as a more stable balance between buyers and sellers that keeps prices ticking upwards.

That’s the view you’ll get from real estate agents and banks, who don’t tend to play up the macro-economic situation.

But there is much to be bearish about there – the negative GDP result seen in the September quarter, low wage growth, record low rental yields, persistent under-employment, the record high private debt to GDP ratio and so on.

The question, though, is what to do about it.

There is no one answer, because financial decisions always rely on individual circumstances – whether you’re 25 or 45, whether you’re looking at property in Hobart or Canberra, whether you have other assets to fall back on if the property market tanks.

But what can be said across all of those groups is that we’re in a fairly unique moment.

Oh, and a supply glut of apartments will start to hit the market in 2017 putting downward pressure on rents and property values.

At such a moment the question is less whether you should hit the panic button, but how many others are about to do the same.

Because when a lot of people do it together, as they did in just about every developed-economy housing market during the GFC, for the individual investor it’s already too late.

Why treasurers are getting jumpy about house prices