Demographer Bernard Salt really put the cat amongst the pigeons with his suggestion that Gen Ys should eat less smashed avo and instead start saving for a house.

It prompted my ABC colleague Michael Janda, himself in Gen Y, to fire off an excellent article on why Gen Ys would be well advised to ignore Mr Salt’s advice.

Michael even indirectly referred to me in his story when he wrote about, “your baby boomer parents hassling you about rushing into the market to avoid being locked out forever”.

I am a baby boomer parent and I have had that conversation with my eldest son who recently got married.

Like Michael Janda, my son loves his smashed avo lifestyle too much to think about houses. 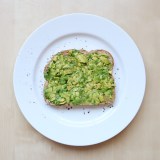 Avocado or a house? Cafés offer discount to Millennials 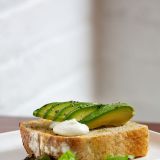 And just as an aside, it is a point of frustration among my friends that our adult children, when they talk about possibly buying a house, will only consider a limited range of very expensive suburbs.

Smashed avo and starting at the bottom of the property ladder like their parents are mutually exclusive it seems!

So why do I respectfully suggest that Bernard Salt is right and Michael Janda is wrong?

As a trained financial planner (even though I don’t work as one) my focus is on building wealth for the long term.

The overwhelming evidence is that home ownership does that and renting doesn’t.

For example, in its most recent survey of Household Income and Wealth, the Bureau of Statistics says this:

In other words, renters have about one-eighth to one-fifth of the wealth of home owners.

In 2012, the ABS also looked at the characteristics of Australian households, which resulted in this table:

Sixty-nine per cent of renters are in the “low net worth” category.

It speaks for itself.

And it’s not just an Australian phenomenon.

According to the US Federal Reserve’s “Survey of Consumer Finances”, the average net worth of an American home owner is 36 times greater than a renter.

It was a finding which prompted The New York Times newspaper to editorialise:

“Even with the substantial decline in wealth after the housing bust, the net worth of homeowners over time has significantly outpaced that of renters, who tend, as a group to accumulate little if any wealth.”

And that is very significant in the Australian context.

Housing a solid long-term investment even in case of bust

Many people believe the soaring house prices in Sydney and Melbourne in particular, are in bubble territory, a bubble that’s ready to burst at any time.

But as the US experience during the global financial crisis shows, even if house prices plummet by up to 40 per cent, home owners are still far better off than renters.

And, yes, if you’ve just bought your house when the bubble bursts you may owe more on it than it’s worth for a while but that situation won’t last forever.

No one is making you sell and crystallise that loss.

Michael Janda quite correctly pointed to the difficulties that would be encountered if you split from your partner whilst your house is worth less than the mortgage.

It’s well documented though that a relationship breakdown at any time puts great strain on finances regardless of the equity in your house.

(A good reason why investing in relationships is also a great financial decision!).

Buying a house forces you to be disciplined in your saving because you have to keep up with the repayments.

It may crimp your ‘smashed avo’ lifestyle and may mean holidays in Australia rather than overseas, but in buying a house you are investing in a tax-free asset that in the long term will increase in value.

Owning a house will provide somewhere for you to live in retirement and the opportunity, if needed, to downsize and use capital from your house to boost your retirement income.

Despite the bloated house prices in Sydney and Melbourne there are still affordable and liveable suburbs.

They’re not by the water, but it will be yours and buying your own home will start you on the road to long term prosperity.