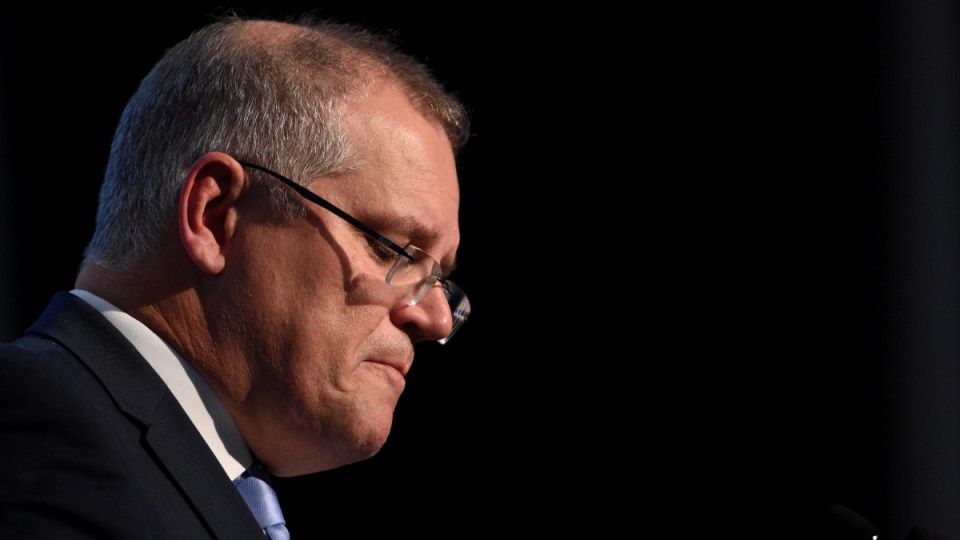 The pressure remains on the Treasurer to retain Australia's economic standing. Photo: AAP

It was supposed to be the Treasurer’s landmark speech on housing affordability. But it sank like a stone with many property experts.

After a day of hype, and an hour delay to the podium, Scott Morrison finally revealed on Monday why he thinks young Australians can’t get into the market: we aren’t building enough homes.

“Of all the determinants of house prices in Australia, whether cyclical or structural, the most important factor behind rising prices has been the long running impediments to the supply side of the market,” Mr Morrison told the Urban Development Institute in Sydney.

The Treasurer avoided the pitfall of his predecessor, Joe Hockey, by striking a note of concern. But this didn’t stop Labor from lashing him for being months too late to state the “bleeding obvious”.

“While the majority of Australians live in a home that is either owned or being purchased by their household, for each new generation this aspiration is proving more and more difficult to realise,” Mr Morrison said.

A week after the ‘smashed avo’ debate swept the nation, the Treasurer acknowledged that ownership rates among under-40s are falling, housing costs as a percentage of income are rising, and affordable houses are harder to find.

But here’s what he failed to say, according to the experts who listened closely to the speech.

John Daley, CEO of the Grattan Institute, praised the Treasurer for telling the states to promote “urban infill” (the subdivision of inner city land) rather than simply allowing cities like Melbourne and Sydney to spill further into the suburb fringe.

But the Treasurer contributed to the “double-speak” that dominates public discussion on housing affordability by refusing to curb generous tax concessions for investors, Mr Daley said.

Grattan has endorsed Labor’s election promise to halve the CGT discount from 50 to 25 per cent, and recommended an even more dramatic change to negative gearing: abolish it for existing investors as well, not just new investors.

If the states do follow the Treasurer’s advice by freeing up more land for property development, it will fail without the necessary public transport to move workers back and forth to their city jobs.

That’s according to Matt Grudnoff, senior economist at The Australia Institute.

“I completely agree that increasing supply and cutting regulatory red tape would help, but it would have to be done cleverly,” Mr Grudnoff said.

“There’s no point sprawling cities without transport infrastructure because that doesn’t really help anybody in the long term.”

The Treasurer should have pledged to use the government’s record-low 30-year bond rate (just above 2 per cent) to raise funds for the states to build train lines into outer suburbs, Mr Grudnoff said.

“Yes, if you increase supply it’s going to satisfy some of that demand, but in the current housing market you simply cannot meet the housing needs of low and moderate income earners through a supply side strategy.”

“We’ve got savings institutions, particularly in the superannuation sector, that, if the conditions are right, would invest in what is essentially low-risk, long-term assets and develop that as an asset class.”

Swinburne University’s Dr Andrea Sharam, a housing researcher, said the Treasurer should have promised to “swap” property tax concessions from mums and dads to institutional investors.

This would provide certainty and quality. For example, super funds would only invest in high-quality buildings, and wouldn’t kick out renters after six months just to cash in on capital gains, Dr Sharam said.

“We really do need to remove the concession on capital gains because we do need to take some heat out of the market. And we do need to increase the amount of institutional investment in the supply of private rental housing. You do those things together.”

Housing affordability: what Treasurer should have said