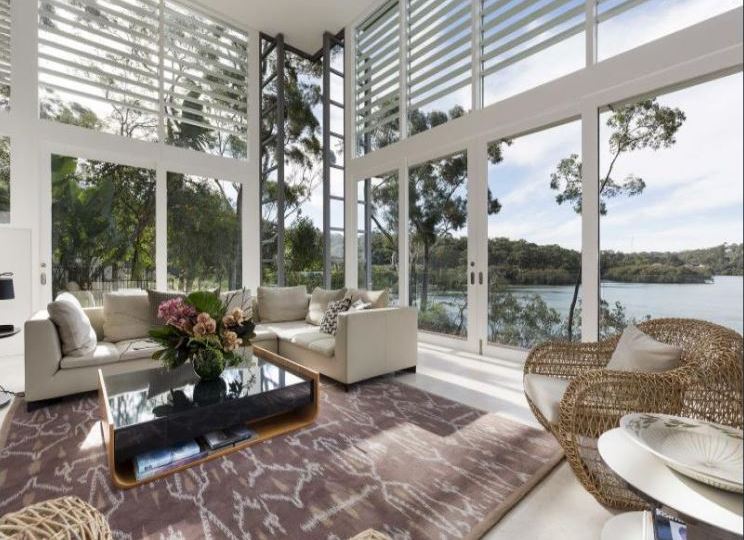 This house in Sydney's Hunters Hill sold for more than $5 million. Photo: BresicWhitney

Auction results in Sydney and Melbourne continued to soar at the weekend as buyers look to make the most of low interest rates.

Sydney’s weekend clearance rate sat at 81.6 per cent, with the strength in the market seeing week-on-week results over 70 per cent since the end of April.

There are currently around 19,000 properties for sale across Sydney, according to CoreLogic, which is up 4 percent on the same time last winter. But much of the stock has been on the market for many months, with just the 5900 new listings – some 25 percent down on fresh listings at the same time last year.

Across all the capital cities, new listings are 12.5 per cent lower relative to last year, while total listings 3.5 per cent higher.

CoreLogic spokesperson Kevin Brogan said the recent strong trend in Sydney and Melbourne auction results had been achieved on falling auction volumes, suggesting the buyer demand is outweighing the supply of homes being taken to auction.

Auction activity fell to 1444 homes this week across the capital cities, compared to 1540 last week. Last year the number was 2118.

The national clearance rate continued its upwards trend, with 77.8 per cent of reported auctions across the capitals were successful.

Melbourne’s clearance rate was 79.9 per cent, a rise from 74 per cent last week and higher than 76 per cent last year, though there were fewer auctions – down from 724 to 604, and down on one year ago when 908 homes were offered.

This time it was a striking Alex Popov-designed riverfront house at Hunters Hill that fetched $5.15 million, some $750,000 above reserve.

Its sale price reflected 14 per cent annual price growth with the four-bedroom contemporary home having traded in 2014 for $3.85 million.

There has been subsequent renovations including a new kitchen featuring plenty of stainless steel, marble-look stone benchtops, a Bora induction cooktop and two walk-in pantries, one with twin Miele wall ovens and a wine fridge.

There is floor-to-ceiling glass and wrap-around decking with the home designed based around a central pavilion with a wing on each side.

The architect has been considered a draw card among some Sydney buyers.

The sale continues the recent spree of over the top auction sale prices.

The sale price soared $1.01 million over its $2 million reserve.

The limited supply of new stock for sale is one of the most important factors in how the winter property market has performed, agents say.

Meanwhile in Melbourne, Rohese at 15 Barry Street in Kew has been passed in at $6.45 million through Jellis Craig with just two bidders participating.

It was the home where a Wimbledon champion played his early tennis on the court once attached to the 1880s house owned by Thomas Patterson and his wife, Isabella (nee Mitchell). Their son Gerald won three grand slam singles titles between 1919 and 1927.

Melbourne’s outer east had the strongest success rate at 90.9 per cent across 38 auction results.

Some 49 per cent of reported Brisbane auctions were successful, down from 54 per cent last week, but its 88 auctions were well down on the 130 a year ago.

Adelaide’s preliminary clearance rate was 72 per cent this week, rising from 63 per cent last week and higher than one year ago at 68 per cent.

Adelaide’s 56 homes taken to auction was down on the 83 at the same time last year.

It had the cheapest sale across Australia when a two-bedroom unit at 5/12 Braeside Avenue, Holden Hill fetched $180,000 prior to its scheduled auction.