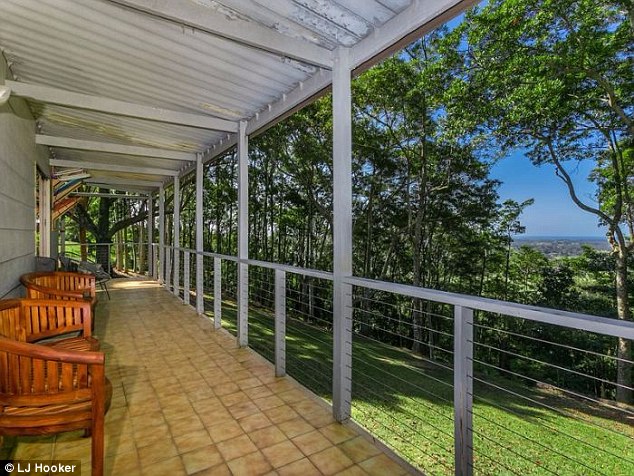 According to Domain, the London-based singer will demolish the current home on the two-hectare site and build a new house.

Imbruglia, 41, is among a growing list of celebrities taking up residence in the area, joining the likes of Simon Baker, Chris Hemsworth and Isabel Lucas, Domain said.

Meanwhile, the quizzical Thornbury cottage known as Avery Green was sold by RMIT associate professor of architecture and design Pia Ednie-Brown for a stellar $972,000 at weekend auction.

Renovated and extended last year, Jellis Craig had the two-bedroom 1895 house on 228 sqm offered with price hopes of $870,000-plus.

Ms Ednie-Brown says she came to know her home of six years “as a person”, even more so as she renovated.

There’s now an inside garden next to the kitchen sink, inspired by the winter gardens of the Victorian era. That upside-down picket fence wont be everyone’s idea as a ceiling feature in the kitchen. But inspectees loved the tidy backyard with round concrete pavers.

“My hope is that fostering a sense of personal relationship with the buildings we inhabit will also encourage deeper awareness, care and respect for our environments,” Ms Ednie-Brown said on averygreen.org.

“A house becomes part of a family whether ‘owned’ or rented – by moving in you enter into a relationship with it.”

Avery’s Victorian elegance is sprinkled with 1950s art deco and lavished with a contemporary twist, the marketing advised.

Sydney’s weekend medians were $1.35 million for houses and around $900,000 for apartments. The cheapest offering was $465,000 for a two-bedroom Westmead unit with the dearest result being $3.05 million at Mona Vale.

The next highest was $2.8 million post auction in Woollahra.

Trevor Sykes, the veteran Pierpont finance columnist, had knocked back $2.72 million when his Woollahra period home was auctioned through Debbie Donnelley of Phillips Pantzer Donnelley, who secured bidding from just the two parties. The $2.8 million was paid post-auction by the underbidder for the three-bedroom, two-bathroom house with cellar.

Mr Skyes, once editor of the now defunct The Bulletin magazine, and wife Daya had owned the Bathurst Street home on a 322 sqm corner block since 2001 when it cost $1.33 million.

Some 1295 auctions were held across the capital cities, with 1076 reported results so far. CoreLogic had the preliminary clearance rate of 70 percent – the same compared with last week’s result which showed 70 per cent of the 1391 capital city auctions cleared.

“Melbourne and Sydney are once again showing the strongest clearance rates of 72 per cent and 75 per cent respectively,” CoreLogic’s Kevin Brogan said.

“Both Sydney and Melbourne recorded a lower number of auctions this week when compared to last week.

“At the same time last year, the number of auctions held was still substantially higher at 2143 with a success rate of 74 per cent.”

There were 918 Melbourne auctions held at the same time last year compared to the 550 on the weekend.

Sydney was host to 448 auctions this week, and much like Melbourne, auction volumes in Sydney this week are substantially lower than one year ago, when 906 auctions were held across the city.

But one Brisbane auction did not proceed as the two-bedroom cottage with waterfront views at Victoria Point was badly burnt just hours before going to auction on Saturday.

She made the phone call about 10.40am just ahead of the scheduled 1pm auction.

The Gold Coast’s preliminary results show a clearance rate of 62 per cent across 21 reported auctions, but all the action has been private treaty sales that have all given the prestige market some momentum.

A $15.5 million sale has been secured for a home on the Isle of Capri.

The sale of 57-59 The Corso to Chinese buyers is the highest price achieved on the Gold Coast since 2009.

The two-level semi-Balinese style mansion was first was marketed three years ago as having a replacement cost in excess of $20 million.

Meanwhile, after selling his Cronin Island home, Summer House, for $11 million (reported on The New Daily last week), the entrepreneur David Baird and wife Marion have snapped up another Surfers Paradise home.

They have spent $7 million property on Commodore Drive for a five-bedroom, six-bathroom home on 1124 sqm.

It has a floor area of more than 800 sqm, spread over four levels.