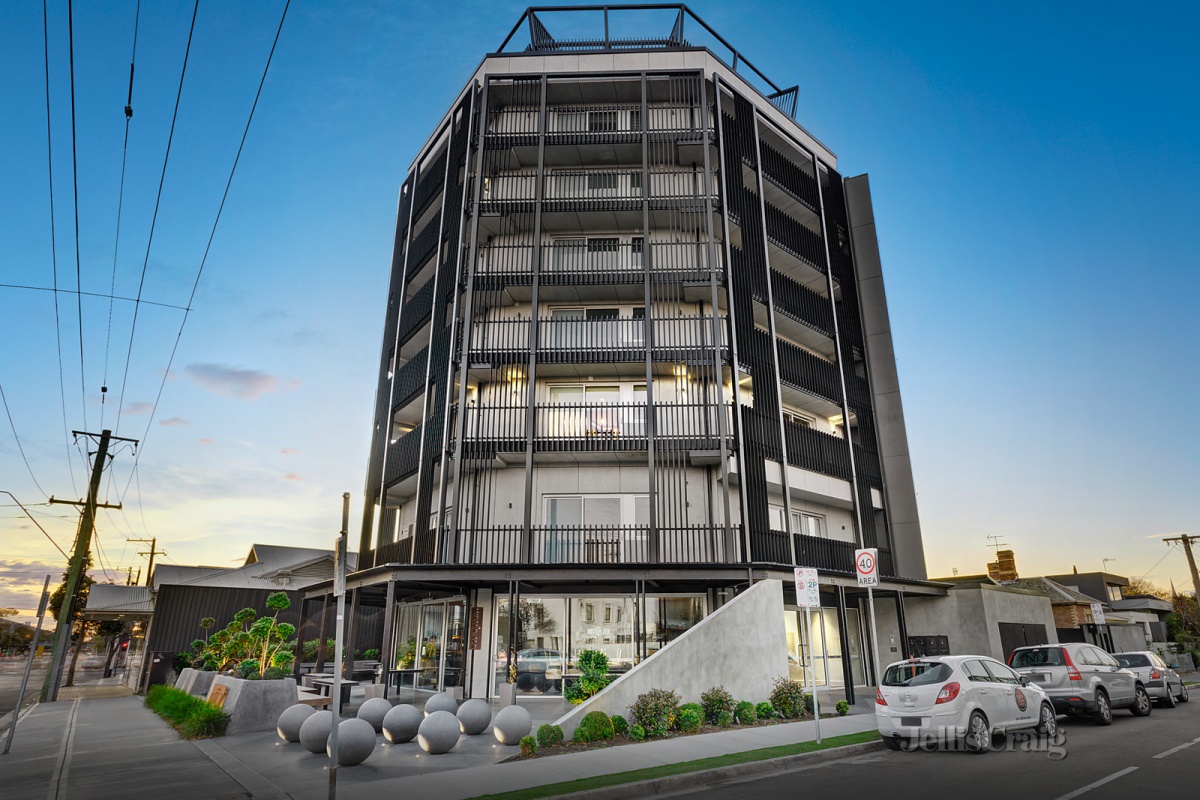 The weekend sale of a former South Yarra apartment featured on The Block went for a small loss, highlighting the risk of buying under the gaze of the television bright lights.

The 2/1a Affleck Street property was among 626 homes put to auction in Melbourne, which is now the adopted home of the Channel 9 renovation series that began in Sydney in 2003.

The whole-floor former Hotel Saville apartment – transformed on The Blocktagon last year by Caro and Kingi – sold to owner-occupiers for $1.722 million.

Despite three bidders, the sale price through the Jellis Craig agency was $13,000 less than its $1.735 million price at last November’s televised auction.

Selling agent Nathan Waterson noted it was sold this time without furniture, which he estimated to be worth $150,000.

The vendors had won the apartment in a $2 ticket purchase in the Mater Prize Home lottery.

With the end of the school holidays, Melbourne’s clearance rate sat at 77 per cent, above 70 per cent for the second consecutive time in five weeks, according to CoreLogic’s preliminary result.

With a clearance rate of 76 per cent from 450 offerings, Sydney sat above 75 per cent for the third week in a row.

The number of auctions held across the capitals remained fairly steady at the weekend, with 1378 auctions held, compared to 1399 on the previous weekend, but lower than the same time last year, when 1827 auctions were held.

CoreLogic researched the influence of the mid-year June-July school holidays on the level of activity to conclude – based on the four years between 2012 and 2015 – that Melbourne was more influenced than Sydney.

“In Sydney, we don’t see the same trends that are seen in Melbourne, the school holidays don’t seem to have the same impact that they do in Melbourne and this isn’t too surprising as Melbourne is often influenced more when public holidays are held,” a CoreLogic spokesperson said.

The latest national clearance rate held above 70 per cent across the combined capitals for the second week running, up from 70 per cent to 71 per cent.

The highest auction sale across the nation was in Strathfield for the second consecutive weekend – this time a five-bedroom house at 35 Rickard Road which fetched $3.76 million.

Melbourne’s top sale was a development site at Chadstone for $2.6 million. The 7 Churchill Avenue offering was 1800 sqm with permission for six townhouses.

The dearest house sale across Melbourne was at Glen Waverley when a newly-built five-bedroom home at 30 Tobias Avenue sold at $2,215,000.

The weekend’s cheapest auction sale was at Thomastown when 1/17 Caroline Street fetched $235,000.

The biggest reported sale of the past week was at Surfers Paradise – the home of entrepreneurial former Rolls Royce car dealer David Baird and his wife Marion.

The trophy home, Summer House, credited as the Gold Coast’s biggest residence, fetched a reported $11 million, according to the Gold Coast Bulletin.

The six-bedroom, six-bathroom mansion is located on 2318 sqm on Cronin Island with three kitchens, a gymnasium, numerous spas and saunas, a 25-metre, four-lane lap pool and a 10-car basement garage.

Designed by Main Beach architects Mobb Thompson and Payne, the home was built 26 years ago for the president of Daikyo Shoji Yokoyama – the Japanese company behind the QT.

It was rented by Hollywood stars Sarah Michelle Gellar and Freddie Prinze Jr when they were making Scooby-Doo.

The Gold Coast Bulletin reported it was bought by Celine Guan, wife of Junxiong Yang, owner of the Links Golf Course at Hope Island Resort.

It was the third-highest sale on the Coast this year behind 159 Hedges Avenue, which sold for $13.25 million, and the $11 million sale of 107 Albatross Avenue.

Former The Block apartment goes under the hammer