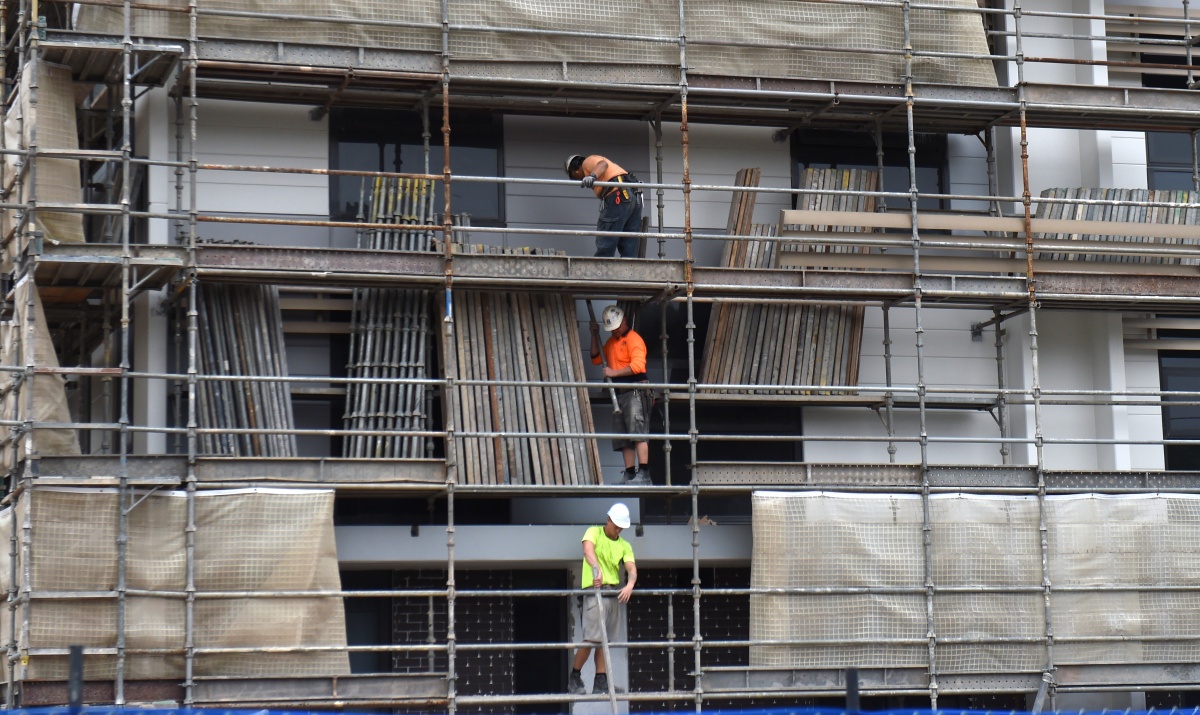 Australia’s residential property market may be running out of steam, with new data showing the average price of dwellings across the nation’s eight capital cities falling for the first time in more than three years in the March quarter.

With several capital cities recording price falls over the three months to the end of March, including Sydney, leading economists expect price growth will continue to cool.

Data released by the Australian Bureau of Statistics on Tuesday shows the national weighted average price of property fell 0.2 per cent in the three months to the end of March, the first fall since September 2012.

• Why an apartment bust could prove calamitous
• It’s the rates sale of the century
• Housing boom could end in ‘dramatic’ crash: OECD

But Housing Industry Association economist Diwa Hopkins said that latest statistics indicated that demand was waning, with the pace of price growth across Australia slower than in 2015.

“This deceleration is largely being driven by developments in the Sydney residential property market, where annual price growth eased back into single-figure territory in March this year. Sydney prices grew at an annual rate of 9.7 per cent, beating the national average, but are also the city’s slowest pace of growth in almost three years.”

HSBC chief economist Paul Bloxham has warned he expects property annual price growth to halve in Sydney and Melbourne over the remainder of 2016, and to flatline in 2017.

“A cooling of the housing market is expected to leave the RBA with room to consider cutting its cash rate further in coming quarters, if needed,” he said. “Given the already strong gains in recent years in Sydney and Melbourne, the authorities have been seeking to cool the housing market in these cities.”

Industry Super Australia chief economist Stephen Anthony added that he believed price growth would moderate, but he expected any correction in prices would be smooth.

“Basically we’re riding a 30-year wave where prices have been growing, but we’re probably at the top of that wave now.”

Underpinning the national property price data was a 0.8 per cent drop in apartment prices across the nation, led by Melbourne and followed closely by Perth and Canberra.

Average apartment prices in Melbourne slipped 1.3 per cent, and by 1.1 per cent in both Perth and Canberra.

But Sydney also recorded its second consecutive quarter of negative growth, with average house and apartment prices in the city both falling 0.6 per cent.

By contrast, Melbourne house prices led the nation by growing an average 1.4 per cent in the quarter.

On an annual basis, however, both Sydney and Melbourne are well ahead of the rest of the country, recording gains of 9.7 per cent and 9.8 per cent respectively.

At the other end of the spectrum, the average house price in Darwin has fallen 4.9 per cent over the past year, including a 2.8 per cent slump in the March quarter.

Perth prices also slipped a further 1.8 per cent in the quarter, and are down 4.5 per cent over the full year.

Meanwhile, the Reserve Bank has tempered expectations of another interest rate cut in its latest monthly minutes.

In explaining its decision to keep rates on hold this month, the RBA said that its monetary policy was consistent with sustainable growth in the economy and inflation returning to target over time.

The central bank noted that recent data on the domestic economy had generally been positive, with growth over the year having increased above estimates.

The RBA said the extent of future rises in property prices was likely to be affected by the considerable supply of apartments scheduled to come on stream over the next couple of years.

“In recent months, the pace of housing credit growth had edged down further, having peaked towards the end of last year, while growth in credit to businesses had increased over the past year.”

Cracks are starting to appear in property market