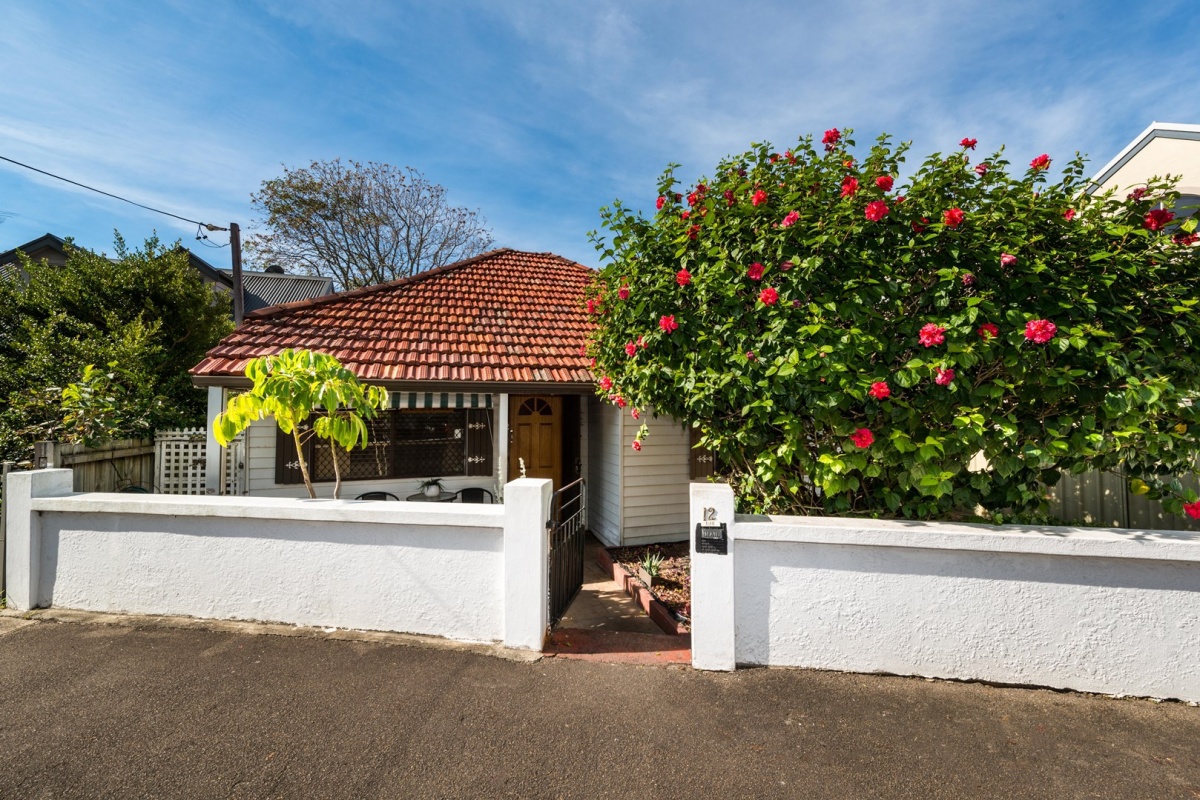 Two Sydney brothers have broken into the property market by paying almost $200,000 more than the reserve for a small cottage in Rozelle.

First homebuyers Wallace and Jack Bruderlin paid $1.49 million for the property at 12 Crescent Street, which is located in the White Bay Power Station area before it undergoes significant redevelopment.

The NSW government proposes transforming the site with a waterfront promenade, markets and light rail.

The two-bedroom cottage attracted an opening bid of $1 million before it was called on the market at $1.3 million and the hammer fell after 12 more bids at $1.49 million – $190,000 above the reserve.

Meanwhile, Adelaide’s strong 78 per cent weekend auction clearance rate was a year high – and the top result around the nation.

With subdued long weekend offerings, capital city auction volumes sat at 1053, down significantly given most states and territories have a Monday public holiday.

The national 67 per cent success rate compared to 68 per cent last week when there were 2008 auctions, CoreLogic advised.

Sydney vendors sustained their success rate in the 70s on the weekend.

With around 280 Sydney homes auctioned, Sydney didn’t quite see the same fall in weekend activity that occurred in Melbourne where there were only 265 auctions.

The REIV reported the top clearance-rate suburbs in May were Yarraville, Caulfield South and Pascoe Vale, each with more than nine in 10 homes sold at auction last month.

The best-performing weekend sub-region was in Sydney, where the weather-battered Northern Beaches secured a stellar 95 per cent success followed by the Mornington Peninsula, outside Melbourne, with a strong clearance rate of 93 per cent, based on 15 results.

Melbourne will see one of its busiest June auction weekends next Saturday when more than 980 auctions are scheduled.

Next weekend’s offerings include 14 Lyndhurst Crescent, Hawthorn, with $3 million-plus hopes given its modern extension by architect Drew Cole behind its quaint cottage facade.

The Saturday Age even got legendary Hawthorn full-forward Peter Hudson to pose for a photo at the front of the pale grey facade because it was where he boarded in his early days of his football career.

The 1900s Hawthorn cottage, last traded for $1,511,000 in 2010, was where some 100 of the Hawks’ country and interstate recruits lived with Hawthorn supporter Percy Cavell, his wife Miriam and their four children during a two decade period from the 1960s.

His former Centennial Park home, bought when he was playing for the NRL Sydney Roosters in 2003 for $1.3 million, has hit the market.

He has returned to Sydney from playing rugby union in Japan, and had decided the four-bedroom home is a bit too big.

The cheapest price at any auction across the long weekend was $213,000 at Brisbane’s Beenleigh. The two-bedroom Hawthorne Street unit last sold at $300,000 in 2009.

The top price at any auction across the long weekend was when ‘Highbury’ sold at $2.86 million in Sydney’s Roseville, to narrowly eclipse a $2.84 million post-auction sale in Melbourne’s Alphington.

The Alphington result was a record suburb price, bettering a $2.684 million result achieved by the architect-designed 27 Keith St last year.

The new record holder, completed 12 months ago, drew four bidders when 83 Fulham Road was offered through Nelson Alexander auctioneer Spiros Karagiannidis who had passed it in at $2.83 million.

Brighton had a $5 million sale at 35 Seacombe Grove.

In Sydney’s Rose Bay, the beachfront home of the Dupree family fetched $14,875,000 at its 40-minute-long auction when sold mid-last week to the Fuller family.

Its Ray White Double Bay listing agents Michael Finger and Diane Wilson had four bidders, with one only entering after it was called on the market at $14.5 million by auctioneer James Keenan.

The property previously traded four decades ago when bought by the late arts patron Annette Dupree with the family undertaking a $1 million redesign by Misho and Associates around 10 years ago.

Annette Dupree, nee Fielding-Jones, was a journalism cadet on the Sydney Morning Herald in the 1950s, and wrote the first architectural features in the paper.

Her home was a Pettit & Sevitt-built home on the Collins Avenue, Rose Bay foreshore.

Adelaide’s weekend prices ranged from $495,000 for a townhouse at North Adelaide to $1.6 million at Gulfview Heights.

“The home could be an eight-bedroom home if necessary, however the current layout works as a comfortable four-bedroom,” selling agent Colin Martin said.

He said there was also space to park eight cars.

Author Salman Rushdie stabbed in the neck by masked assailant on stage
Melbourne society icon Lillian Frank dead at 92
Foreign Minister Penny Wong vows to keep working to free Aussie journo Cheng Lei from Chinese jail
Cameron Smith and fellow Aussies in the thick of it at PGA’s Memphis tournament
Taiwan thanks US for maintaining regional security in the face of Beijing’s bullying
Ex-Liberal staffer: Survivors weren’t asked about their ordeals in NSW parliament
It’s the rates sale of the century
Today's Stories

Brothers aim to cash in on $1.49m Rozelle auction