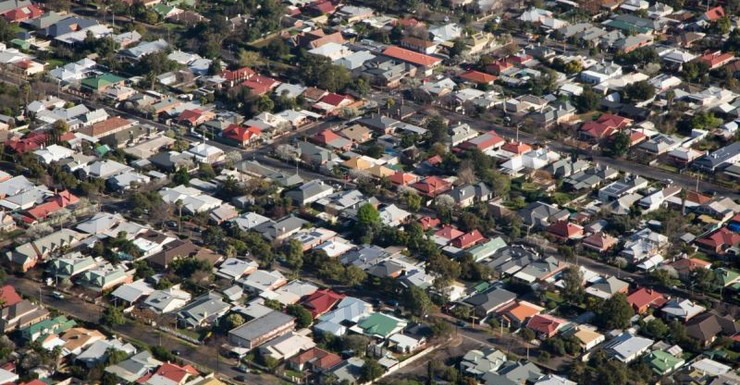 Annual rises in council rates paid by Australian homeowners are now among the 10 fastest-growing items of expenditure faced by Australian consumers, data compiled by The New Daily reveals.

And in Victoria, where council rates have been increasing by a blockbuster average of 6 per cent a year, they represent the fourth-largest contributor to inflation borne by households.

Rates in New South Wales remain at comparatively modest levels, but parts of Queensland have seen rates soar in recent years, making them the most expensive in the nation.

According to Dr Chan Cheah from Ratepayers Victoria, local government rates are rising faster than most of the 40 consumer expenditure items monitored by the Australian Bureau of Statistics (ABS).

Scroll down for the top 10 most expensive councils

Only the cost of water, electricity and tobacco grew faster in the past decade.

While Victorian homeowners generally cop the biggest annual hits to their budgets from greedy metropolitan and rural councils, ratepayers in other parts of Australia are also paying a heavy price for the financial mismanagement of local governments.

Our national investigation of council rates reveals wild variations in the costs borne by ratepayers depending on the state and municipality they live in.

Many rural councils levy very high rates on homeowners simply because the cost of managing services across a larger geography is greater. Also, some rural councils have fewer commercial ratepayers to slug.

But when the rising cost of local government is examined at an aggregate level, it is pretty clear that this is an area of taxation that has been left to run out of control, particularly in the states of Victoria and Western Australia.

According to ABS taxation statistics, the total municipal rates collected each year by all local governments in Australia ballooned from $6 billion in 2000 to $15 billion in 2014.

The heaviest taxing councils in your state

Victorian councils collect more rates and charges than any other state even though there are more ratepayers and rateable properties in NSW.

The total rates and charges collected by local governments in Victoria swelled from $1.4 billion in 2000 to a whopping $4 billion in 2014.

The highest average rates and charges in the state are levied by the Shire of Nillumbik, which takes in the northern Melbourne suburbs of Greensborough, Eltham and Hurstbridge.

Average homeowners in this municipality are shelling out more than $2600 a year.

However, the City of Melbourne is vying to take over top spot in the next few years despite having a band of commercial ratepayers to lean on.

Residential ratepayers in the heart of Melbourne are copping annual rates and charges pushing $2400.

Homeowners in the south-western suburbs of Williamstown and Altona have some nice beaches at their disposal, but the Hobson’s Bay Council makes them pay at least $2386 a year for the pleasure.

The general cost of living in Sydney and other parts of NSW imposes additional financial stress on average households, but the cost of local government does not appear to be one of them.

For more than 20 years, the NSW government has kept rises in council taxes to a minimum by legislating caps linked to movements in inflation. It is a policy idea that Victoria is implementing next year.

Rate-capping has meant that NSW councils are more dependent on state government grants to stay afloat.

Based on the data we’ve been able to collate, ratepayers in Australia’s wealthiest state pay the lowest average local government taxes along with South Australians.

The beautiful Northern Beaches’ municipality of Pittwater levies the second-highest rates in NSW, which came in at an average of $1927 in 2013/14.

These days the idea of retiring to the Gold Coast is etched into the collective psyche of thousands of Australian workers.

While Surfers Paradise brims with many of the attractions that appeal to people exiting the workforce, it is also a place more likely to drain superannuation nest eggs.

According to the latest residential ratings statistics published by the Queensland government, ratepayers in Surfers Paradise pay the highest local government taxes in the country.

All up, residential property owners pay more than $5000 a year to the Gold Coast Council.

That number is a little misleading for comparison with councils in other states because it includes water and sewerage charges that are levied by non-council-owned utilities in states such as Victoria.

Notwithstanding, when those additional charges are adjusted for our analysis, ratepayers in Surfers Paradise still pay $3240 a year in land rates alone.

You will also cop it in the neck if you own a house at Airlie Beach.

While the idea of living in Australia’s most charming capital city appeals to many, prospective residents should brace for annual rates and service charges exceeding $3000.

Although that sounds like a lot of cash, Hobart might be one of the nation’s most efficient local governments.

It gets virtually nothing from the state government in the form of grants, unlike the majority of councils on the mainland.

We found it a tad tricky trying to find comparative data for South Australian councils, particularly for rural and regional parts of the state.

By and large, there seems to be less variation in the rates charged by Adelaide’s metropolitan councils compared to councils in other Australian capitals.

In metropolitan Adelaide, the highest-taxing councils are to be found in the swish municipalities of the Hills.

Adelaide Hills Council was the highest taxer last year, raking in an average of $1800 from homeowners.

This suggests that WA councils have been as aggressive as their Victorian counterparts for gouging their ratepayers.

Unfortunately, Western Australia is the least transparent jurisdiction for disclosing how much cash local ratepayers actually hand over to each of their councils.

After requesting such data from the Department of Local Government, a spokeswoman told The New Daily to contact each council in the state.

“Thanks for your query – the Department of Local Government and Communities does not hold information about rates in WA,” the spokeswoman said.

“For this information, you would have to contact the individual local government.”