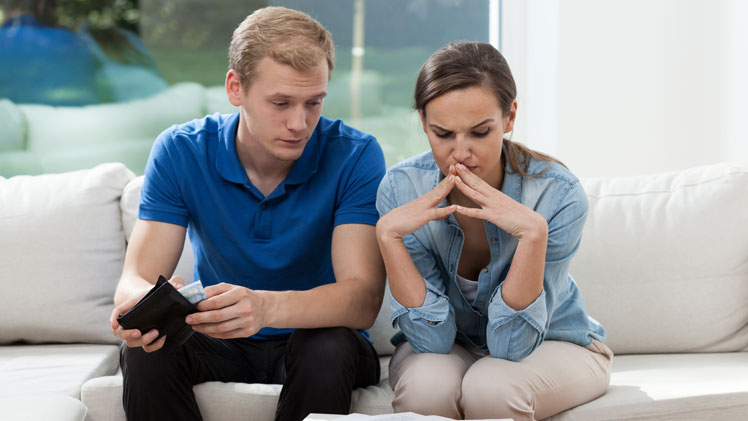 Imagine being an award-winning investor at just 24, only to end up owing banks $3 million by the age of 27. What a roller-coaster ride that would be.

But that’s exactly what ‘Property Investor of the Year 2012‘, Kate Moloney, claims has happened to her.

Moloney has recently written a book, explaining how the tumbling value of her property portfolio has left her “living with financial cancer”.

On her website she explains that the portfolio was worth $8.5 million when she won the award, but just three years later, “if we were to sell our properties, we would still owe the banks about three million dollars (not including arrears interest and selling costs)”.

Curiously, the award judges were well aware of that fact.

Tim Lawless, research director for property research group RP Data said at the time: “They picked the market cycle in Moranbah well, purchasing their properties in the early part of what turned out to be a very strong growth phase. [They] … have made hay while the sun shines, diversifying as the mining sector slows down.”

Another judge, Tyron Hyde of Washington Brown quantity surveyors, said: “I particularly like the ‘de-risking’ strategy they are aiming for now, replacing mining income with more secure and diverse areas.”

The so-called ‘de-risking strategy’ would appear to be the same one used by the second Gillard government, the Abbott government, and the current federal government, which have all seen resources-related tax write-downs blow holes in the budget.

It’s the same strategy used by WA Premier Colin Barnett who has plunged that state into debt as royalty payments tumble, and by the biggest royalty payers Rio Tinto and BHP Billiton who’ve watched their share prices and profits shrivel.

And it’s the same strategy used by the banks – the source of finance for investors like the Moloneys. At the time of writing, ANZ’s share price is down 35 per cent over 12 months, NAB down 30 per cent, and Westpac and CBA down more than 20 per cent.

It’s hard not to feel a tiny bit of sympathy for the Moloneys – as much as this kind of property investing is driven by avarice, young investors are nonetheless surrounded by an army of spruikers, financial spivs, and cheerleading journalists all hollering that the paper profits will just keep coming.

The Moloneys were just 20 when they fell in with the greed-is-good brigade – most people at that age are short on life experience and over-endowed with credulity.

The magazine that ran the awards, Your Investment Property, is simply taking the same view as our politicians and regulators – a view which fails to distinguish between investment in productive assets, and speculation on proverbial ‘tulips‘. As with the flowers of 17th-century Holland, house prices surged way above anything that could relate to the utility they offer their owner.

When I spoke to the magazine’s editor Nila Sweeney this week, she confirmed that house prices in Moranbah had fallen “30 or 40 per cent” which would make Moloney’s story ring true “if you’re highly geared”.

She added: “At the time of the awards, the market was performing differently. The judges can’t be blamed for what happened later.”

What drove prices higher in the coal-mining town of Moranbah was skyrocketing wages for mine workers. Cashed-up workers would happily pay high rents, or get loans to buy high-priced housing.

But there are two limits to that process.

Firstly, it was reckless to think the boom would last forever. Australia’s terms of trade peaked in late 2011 and the price of coal, the source of Moranbah’s prosperity, was falling sharply in early 2012.

Secondly, beyond a certain valuation, house prices increase only because each seller can find a speculator more reckless than themselves – at a certain point the ‘productive asset’ that produced a happy worker each morning to work the mines moves into bubble territory.

In Australia, all manner of sophistry has been lavished on the housing market. Complex formulas have been put forward to explain why supply has fallen behind demand, when all the while the average number of persons per dwelling has hardly budged.

Other arguments have focused on interest rates – if rates tumble to half their long-term rate, it must be true that houses are ‘worth’ twice as much.

No. All low rates mean is that banks can lend your twice as much to join the speculative frenzy.

And expecting rates not to return to something like their long-term average is crazy when you consider that homebuyers are often signing up for 25- or 30-year mortgages.

It is not just in mining towns that this process is unravelling. There are now serious questions being raised over:

• the banks’ ability to raise funds abroad (further reducing the amount they can lend to speculators);

• an oversupply of apartments, pushing down rental yields, particularly in Melbourne;

• warnings over potential price falls in the outer suburbs of ‘bubble city’ Sydney; and

Commentators, including myself, have complained for years about the build-up in debt in the housing sector, well ahead of income growth.

Some have predicted a subsequent crash – that remains to be seen – but the divergence of incomes and house prices has become a crippling burden for younger Australians.

What the Moloney story illustrates most clearly is that too many ‘investors’ pushing up prices in this space are naive, debt-funded speculators.