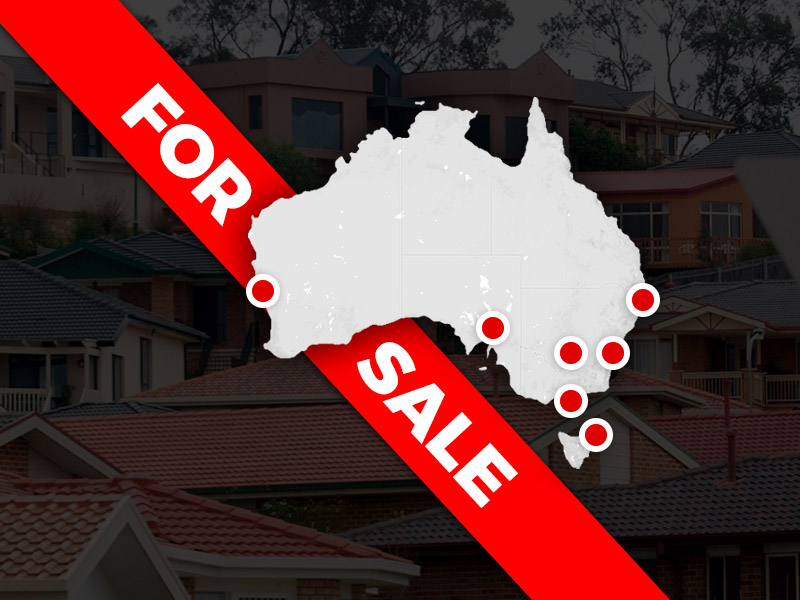 After more than three years of sharp increases, Melbourne’s and Sydney’s property markets have finally begun showing signs of slowing, according to experts.

Meanwhile, CoreLogic RP Data figures released on Monday showed 2015 was a lacklustre year for rental growth in Australia, with rents increasing by an average of 0.3 per cent across the country. That’s bad news for investors, but good news for renters.

• Friendly with the neighbours? How they can make you wealthy
• Shhh! This is Australia’s biggest superannuation secret
• A slide in house prices will be good for the economy
• Renovate wisely or risk wasting your money

So where can investors get the returns they are looking for this year?

“It really depends from an investor’s perspective – is this a short-term purchase or do you have a long-term timeframe?” says Mr Kusher.

“If you’re focused on rental returns, you really need to look outside Sydney and Melbourne.”

Mr Kusher says Canberra is starting to emerge from its slumber, while Tasmania – and Hobart in particular – is one to watch, after little movement for about a decade. Prices in much of Perth and Darwin continue to fall.

Regional centres on the rise

Melbourne and Sydney workers who have been priced out of the city will continue to look for cheaper areas within commuting distance, such as Bendigo, Ballarat and Geelong in Victoria, or the Central Coast and Wollongong in NSW, he says.

If you’re looking to buy your first home in 2016, Taj Singh, co-founder of website First Home Buyers Australia, says there are still bargains to be had.

He says the suburb of Liverpool, about 40 kilometres from Sydney’s CBD, is still affordable and likely to boom due to future jobs that would be created through the airport slated for nearby Badgerys Creek.

In Queensland, Eagleby – smack-bang between Brisbane and the Gold Coast – allows first homebuyers to get in for around the same price as Liverpool, with values likely to rise because of infrastructure in the growth corridor of Logan city, Mr Singh says.

His other picks for homebuyers include NSW Central Coast suburbs such as Hamlyn Terrace and Narara, Brisbane suburb Salisbury, Werribee in Victoria, Semaphore Park and Mawson Lakes in South Australia and Joondanna and Ellenbrook in WA.

‘West is best’ for property

Steve Jovcevski, property expert at financial comparison site Mozo, agrees that Liverpool and other western suburbs of Sydney such as Casula offer great opportunities for investors.

Along with the airport plans, the west is also a growing employment hub, he says.

“Current low clearance rates in Western Sydney compared to the CBD could potentially amount to big cash savings for property investors even in the face of tighter investor borrowing guidelines.”

In the inner west, infrastructure such as universities, trams, trains and buses is already in place. In the outer west, where developments are taking place, there will be ample parks, walking areas and playgrounds, she says.

Werribee, southwest of the city, is an excellent opportunity for long-term investors who want an entry-level property, Ms Williams says.

“If you’re going to buy and hold anywhere from 10 to 15 years, you’ll certainly reap the rewards – that’s my belief.”

She says a three-bedroom, two-bathroom house can still be snapped up for as little as $320,000.

Reservoir, north of Melbourne, is another top pick for Ms Williams.

In Sydney, he says Mt Druitt, Blacktown and St Marys all offer great investing opportunities, with entry level-apartments selling for around $300,000.

Established Brisbane suburbs such as New Farm, Ascot and Paddington offer “outstanding” potential in the long-term, and can offer yields of more than five per cent straight away, says Mr Handler.

He says the Brisbane market is still only just recovering from the floods, but buyers need to know their stuff.

Mr Handler believes the beach side of the Gold Coast offers solid short-term opportunities over the next three to four years. These are the best places to buy property in 2016