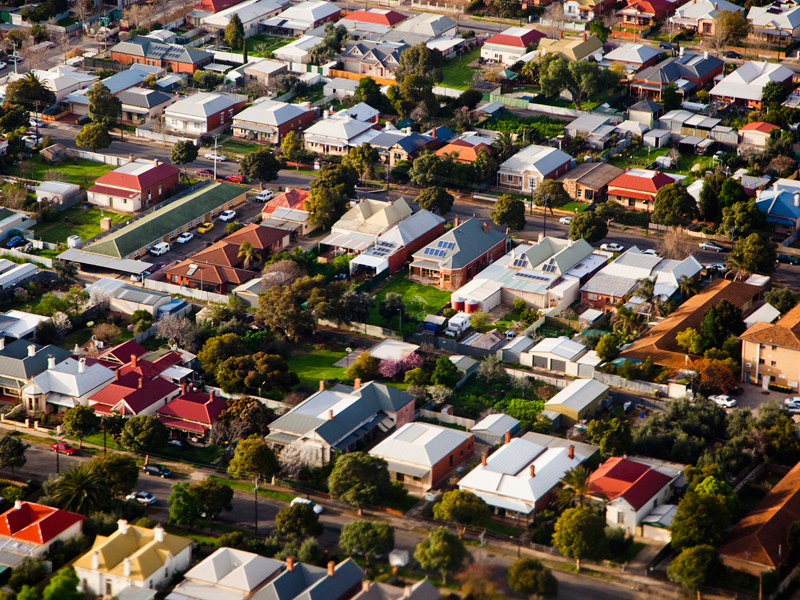 Housing market data released on Monday paints one of the foggiest pictures of the market we’ve had for some time.

On the one hand, the month-on-month changes in prices for the two ‘bubble’ cities of Sydney and Melbourne look alarming – down 1.37 per cent and 3.45 per cent respectively, according to Core Logic-RP Data.

But hang on – isn’t Perth going through an extended mining-related correction, down more than 4 per cent in the past year?

The Australian Prudential Regulation Authority’s (APRA) attempts to choke off investor activity in the housing market seem to be working, with growth in investor loans returning to under 10 per cent per annum – APRA’s so-called lending ‘speed limit’.

But … but … borrowing by owner-occupiers has increased sharply, reaching a growth rate of 6.1 per cent.

And total borrowing for housing is now back to a peak last reached in 2009, when both federal and state governments were trying to pump up the market with generous first homebuyer grants.

So what’s going on? Why so many mixed messages?

The first answer is that the Reserve Bank, which publishes the data showing how much has been borrowed, has massaged into its numbers a whopping $44 billion in loans that have been reclassified since July. That has skewed the investor/owner-occupier data somewhat.

The second answer is that Treasurer Scott Morrison has been talking tough about prosecuting illegal foreign buyers of Australian housing.

A partial amnesty for such investors to turn themselves in expired on Monday, but Mr Morrison’s tough guy act had probably already chased a number of buyers out of the market, particularly at the high end, and particularly in Sydney.

A third answer is found in the mix of high-end and low-end properties on the market, which may be causing some of the volatility in the media house price figures themselves.

When wealthy buyers and sellers are more active (such as in previous bursts of activity from overseas buyers), the median price of a house rises. When they are less active, the median price falls. However, through such volatility, mid-market dwellings could easily be selling at steady prices.

There is, however, one solid conclusion to be drawn from this week’s data. Sydney’s auction clearance rate is way down – it’s dropped to 56.3 per cent from a much healthier 70.6 per cent a year ago.

If any bubble is bursting, it’s there. While the monthly price fall mentioned above is from a volatile data set, Sydney looks to be in a lot more trouble than Melbourne, where a record number of properties was offered on the weekend, and still sold with a clearance rate of 65 per cent.

Stephen Koukoulas, principal of Market Economics, said that it’s hard to draw firm conclusions from such a wild set of signals.

“Then again,” he told The New Daily, “if next month’s data pulls in the same direction then we can be lot more certain about what’s going on.”

In the meantime, gross rental yields in most capitals are at historic lows – many hovering around 3 per cent.

And crash or no crash, you’d have to ask many investors what they’re doing holding a risky asset for a 3 per cent yield, when many housing investments offer very small or even negative capital returns in the years ahead.

The answer in previous years was that they were there for the negative-gearing profits – healthy rebates from the tax man, and even healthier capital gains.