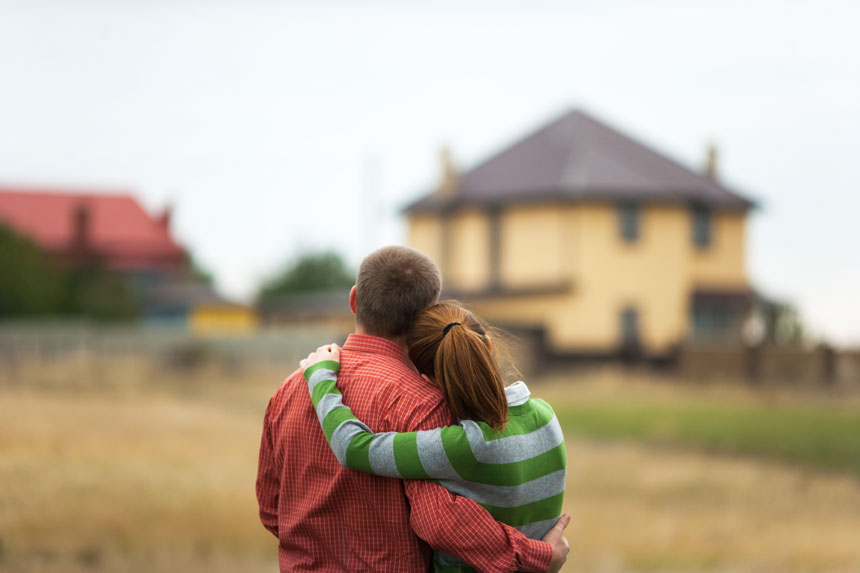 It was refreshing to hear, in Joe Hockey’s last speech to the House of Representative, the former Treasurer speak honestly for the first time on negative gearing tax breaks in the housing market.

From saying a few months ago that there was “no merit” in curtailing the widely used tax minimisation strategy, Mr Hockey finally confessed that: “…negative gearing should be skewed towards new housing so that there is an incentive to add to the housing stock rather than an incentive to speculate on existing property.”

If that tax concession is modified in some way, there will be further pressure on some highly geared investors to sell up and move into other asset classes.

There are numerous other factors weighing on landlords’ minds right now, including record low rental yields, flat or negative rental growth in many markets, and signs of the beginning of a property bust in Western Sydney, following price declines in Perth and Darwin.

With all this swirling around in the news, young would-be home buyers are increasingly nervous about making their first, and likely biggest, investment.

The question many face, then, is “should I wait a year or two and buy after property prices have corrected?”

Would-be buyers may feel they have to take a punt one way or the other – if you believe a crash is coming, don’t buy, and if you don’t, leap in.

However, that polarised view only makes sense if you wait for the national data to reveal that giant ‘unknown’ – crash or no crash.

A better answer can be arrived at by putting that unknown aside and considering a number of ‘known-knowns’ instead.

Taking a middle-income couple in their early 30s as an example, there are quite a few knowns:

• They’ll need somewhere decent to live, whether it’s a rental or purchase;

• Their ability to pay rent, or mortgage, is a function of their combined incomes, interest rates, and the likelihood they’ll be in work in the next few years;

• With or without a property crash, they are likely to want to pay off their home by retirement age, which at the earliest is probably 30 years off; and

• With fairly basic research, they should be able to find out: median rents in the area they wish to live in, as well as median property prices for the style of dwelling they want.

Putting all those together, some areas of our capital cities are flashing red with a warning sign saying “don’t buy!”.

But the contrary is also true – some parts of our cities, in risk-adjusted terms, justify leaping in.

And ‘risk-adjusted’ is the key here. Even in the most attractively priced areas of suburbia, first home buyers could theoretically lose 30 per cent of their capital in a few months in a real property crash.

Or they could make modest capital gains.

The risk is more heavily to the downside in many areas right now, but even areas offering the best ‘upside’ potential could still go backwards.

Confused? Well so are many young couples trying to make their own risk assessment.

The trick is to start putting some numbers around these ‘knowns’.

Ignoring legal fees and stamp duty for the sake of simplicity, they may be eyeing up a property worth $500,000 – enough to secure a fairly modest, but reasonably located home in most cities except Sydney or Melbourne.

Put alongside a median rent in the same adequate, but fairly unglamorous suburb, that might cost them about $300 more a month than their old rental (before council rates, maintenance, insurance and so on).

But what if prices fall 10 per cent in that suburb over those three years?

But should they care? And what was their other option?

Buying at the bottom of the market

Assuming they timed the market well, they might have put their $100,000 into a fixed-term account – there are currently several banks offering 3 per cent interest, meaning they’d add about $10,000 to their nest egg in nominal terms over three years.

Their mortgage would now have to be over 27 years, not 30, as their planned retirement date has not changed. So monthly repayments would be $1825 on a $340,000 loan, assuming rates had not changed.

While rates almost certainly will change – and most likely increase – the differential between the first and second scenario will be in the same proportion.

That is, the pre-crash buyer will be paying about 11.5 per cent more on their monthly repayments, year in year out.

Viewed in this way, buying pre- or post-correction does not make a dramatic difference to the couple’s ability to meet their repayments – in most cities, that is.

According to data produced by research firm Residex, a median-income household buying a median-priced house pays a bit less than 50 per cent of net income in just about every city except Melbourne (70 per cent) and Sydney (90 per cent).

For those two cities, the risk of price corrections larger than 10 per cent has to be considered much more carefully.

Prospective buyers who can put all these known-knowns down on paper will be in a much better position to answer the question we started with: “Should I wait a year or two and buy after property prices have corrected?”

In large parts of Sydney the answer is “YES!”. The same is true for many areas in Melbourne, Darwin, and pockets of other cities.

But for buyers elsewhere, looking at fairly ordinary houses in pretty ordinary areas, it will be quite rational to keep calm and carry on.