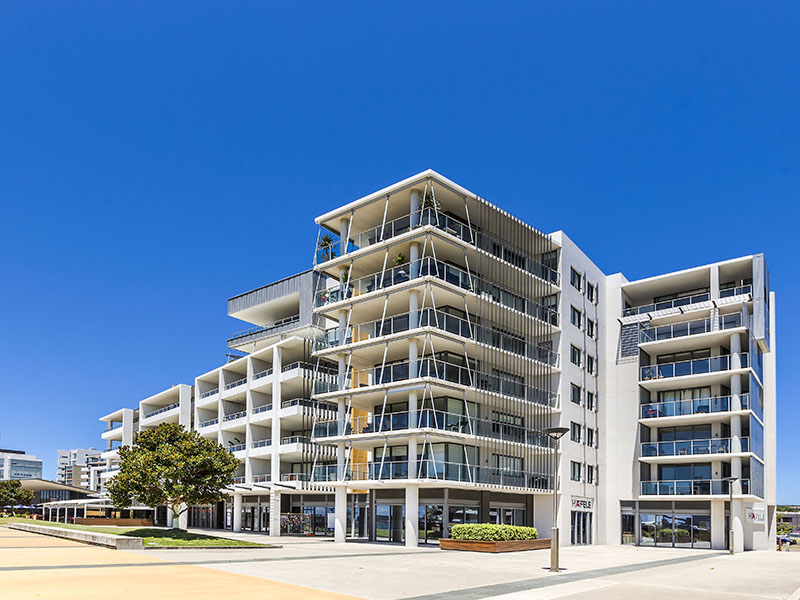 Buying an off-the-plan apartment is often the most affordable option for first homebuyers in our east coast capital cities.

It gives them time to raise a deposit while the project is being built, the apartments are mostly sold privately – sparing buyers the indignity of auctions – and they are at an affordable price point compared to established homes in blue-chip suburbs.

• How to deal with the threat of a housing bubble
• Selling your house? Here’s how to maximise the sale price
• Hillary Clinton opposes TPP
• Labor’s $10b plan for Australia

Throw in the significant stamp duty savings and a low capital outlay and it isn’t hard to see why many buyers – and investors – are tempted to buy off the plan.

But our capital cities, especially Sydney and Melbourne, are awash with new construction developments meaning these off-the-plan properties will be a dime a dozen in a year or two.

Australia’s capital cities have enjoyed strong property growth in the past few years, and developers have been rushing to get projects in the pipeline.

Buyers’ Advocate and Founder of Advantage Property Consulting, Frank Valentic, says about 25,000 new apartments are currently being built in Melbourne alone each year.

“Some 50,000 apartments will come to market in the next two years in Melbourne, and a lot of these will be in the CBD,” Mr Valentic says.

“What happens is that rental vacancy rates go up as scarcity goes down. If you want to rent out your CBD apartment you are looking at a vacancy rate of between 12 and 16 per cent, whereas it is about 3 per cent for the rest of Melbourne.”

Mortgage advisor and author of Escape the Rental Trap, Tim Boyle, adds that “blind Freddy can see that there is an explosion of off-the-plan apartments in the Melbourne CBD”.

“Many have hit the market and many more are in process – just look at the cranes,” he says. “No doubt there is a looming oversupply in the CBD, Southbank and Docklands.”

However, Mr Boyle adds that Melbourne’s population growth, which has been consistently growing at 80,000 people a year, will temper some of the oversupply.

Recent changes to laws governing property investments are further intensifying fears of an apartment glut in our capital cities.

In July, the Australian Prudential Regulatory Authority ruled that the big four banks and Macquarie Bank must curb lending to investors.

“With the recent restrictions of lending, there will be a large number of property deals going south as the banks will not be able to lend,” Mr Courtney says.

“Economics 101 states that when supply is more than demand, we will see a price correction.

“This is what is coming for the apartment market in the very near future. People’s deposits may be at risk and contracts can stipulate certain actions that need to take place, so people should be very, very careful.”

On the flip side

To lug all off-the-plan apartments into the one no-go zone, however, would be foolish.

“As a rule look for apartments that have two bedrooms, two bathrooms, a car park and are at least 80 square metres,” Mr Bevan says.

“You also want places that are close to transport hubs, shopping centres and schools.

“And buy in a development with fewer than 50 properties. The fewer the better.”

Mr Boyle, meanwhile, recommends buyers of off-the-plan properties have plenty of “contingency in their borrowing”.

“Work out a lower LVR (loan-to-value ratio) requirement and assume the valuation will come in lower than you are paying,” he says.

According to Mr Boyle, buyers should also research the developer, the area and get the contract reviewed by a legal professional before signing.

“This is such a key point that so many don’t do,” he adds.