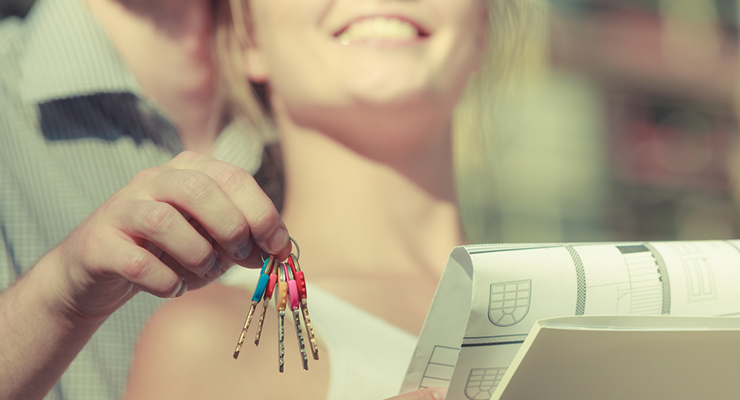 The debate over whether or not Australian house prices will ‘crash’ tends to overlook what would happen if they did – who would suffer, and who would blithely carry on?

Like all the big four banks, National Australia Bank has been asking itself this question of late, and has reportedly drawn up a list 40 postcodes in which it thinks lending practices should be tightened.

While it won’t say where those postcodes are, there are obvious factors that put certain areas at risk – pockets of unemployment or over-hyped property valuations.

• ASX tumbles: what it means for your super
• Why Hockey may have delivered his last budget
• Abbott’s epic blunder on carbon emissions

This kind of soul-searching by banks has increased for a number of reasons.

First, the banks’ own economists are nervously watching a slowing economy in which job losses can quickly push mortgage holders into arrears or default.

Secondly, the Australian Prudential Regulation Authority (APRA) has forced banks to limit the growth in lending to investors, plus is insisting on higher capital reserves to allow the banks to survive any property downturn.

Finally, the Reserve Bank, which does not officially see housing bubbles and their deflation as its responsibility, has for some months been warning investors that property prices do not always go up.

But what exactly will happen if they do tumble, say, 20 per cent nationwide?

First homebuyers would, of course, celebrate lower prices which in the past few years have soared out of the reach of many.

But what of other types of mortgage holders? For the sake of simplicity, let’s consider two broad groups on the mortgage spectrum – recent borrowers and established borrowers.

Recent borrowers are where the most pain will fall if there is a serious correction.

Imagine, for instance, a young couple who have borrowed $450,000 to buy a property worth $500,000 having somehow scraped together $50,000 as a deposit (and let’s ignore transaction costs for the time being).

If a 20 per cent price slump occurred, where does that leave them? They now own an asset worth $400,000, their deposit has vanished in a puff of smoke and they are servicing debt worth more than their home.

On a 30-year loan basis, they’d be paying nearly $7000 a year more on their mortgage than a couple who bought a similar house post-crash.

And unlike the Americans who take out ‘non-recourse’ loans, Australian borrowers remain firmly on the hook to pay off their debt, even if the asset is in negative equity.

But what about established borrowers? This is where it gets interesting.

A bank manager told me this week that he frequently deals with borrowers in the 45 to 55 age group for whom house capital values are just not the main game.

These are people who were badly burned in the financial meltdown of 2009 – wage and salary earners who trusted financial planners and advisers, and the securities markets in which they were advised to invest.

And they lost more than their shirts as groups such as Opes Prime, Storm Financial, Centro Property Group, Babcock & Brown and many others fell.

These same people now sit across the desk, he says, and say “we know this is not the best investment, but at least we understand it”.

Couples who may own 80 per cent equity in their existing home, borrow most of the value of an investment property, aiming to pay off both in, say, their last 15 to 20 years of work.

Because rents track the real economy pretty closely, their investment property functions a bit like an annuity – they don’t buy it to preserve and grow capital, but to give them an income for the rest of their life that correlates strongly to their cost of living.

When they pop their clogs, the kids get what’s left.

This is largely being ignored in the ongoing ‘crash or no crash’ debate – the large group of investors in the property market who would be pretty sanguine about a 20 per cent fall.

But that is irrelevant to their stated investment goals, except insofar as their kids and grandkids get less inheritance.

If the bank manager is right, this class of investor won’t dump properties if there’s a downturn – it’s the highly leveraged more recent borrowers who will be tempted to do that. And even they might just stick to long-term investment plans if they can.

Make no mistake, a 20 per cent slump in property values would flow through to domestic demand and hurt economic growth.

But that said, it’s time to wake up to the fact that many investors who can stay in work will prefer to hold a ‘bad investment’ they understand rather than a ‘good investment’ understood only by spivs and sharks.

The ‘houses-as-annuities’ model, crazy as it may seem when higher long-term returns are available elsewhere, may just be the glue that holds our financial system together if house prices tumble.

Have you read today’s other top stories?

Amazon is the worst – or best – workplace on earth

A scathing article about the horrors of working for Amazon triggers a strident defence from staff, and a memo from billionaire owner Jeff Bezos. Read more.

Lonely Planet has compiled a monster list of the top 500 travel destinations in the world. We profile the top 10, including Australia’s own Great Barrier Reef. Read more.

Melbourne the most liveable city? You have got to be joking

Victoria’s capital receives another award, but the NSW Premier isn’t happy. Here’s his list of five reasons why Sydney is better. Read more.

‘Under siege’: Trump reveals FBI raid of home
Revealed: Australia’s richest postcodes – and professions
Colour and triumph for Australia as Commonwealth Games close
Monkeypox vaccines arrive for most at risk
Russia ‘using nuclear plant as base’ as UN slams attacks
Father, son get life for Arbery hate crime
How to deal with the threat of a housing bubble
Today's Stories

Who’s afraid of a housing crash? Not these people