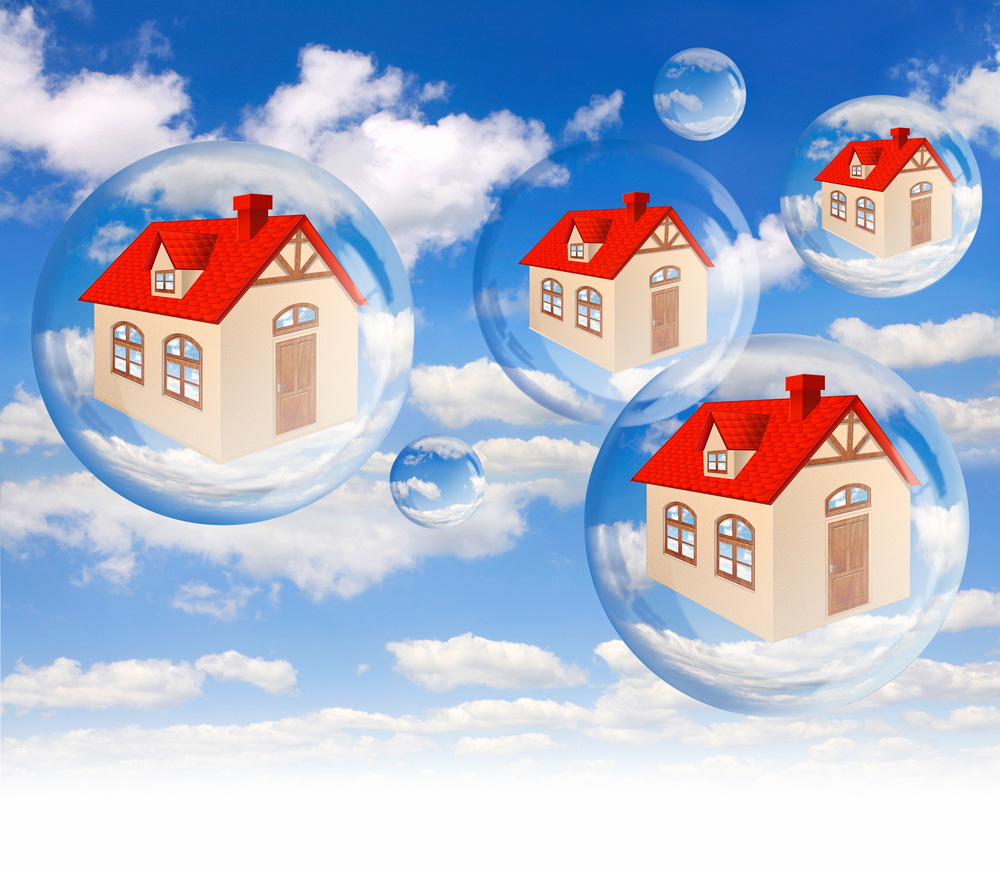 If you’re thinking of buying or selling a property right now, it’s difficult not to feel a little uneasy at constant speculation of a property bubble.

While some believe that property prices in Australia’s major capital cities show no signs of going backwards, Treasury secretary John Fraser recently told Parliament that Sydney and parts of Melbourne were “unequivocally” in a housing bubble.

All this talk of property bubbles has got Australians spooked. According to Google Trends, there has been a dramatic rise in Australians searching the term “housing bubble” in recent months.

This all begs the question: if you’re buying a property or considering selling, how can you protect your investment?

“Sydney and Melbourne’s current growth rates are unsustainable and if they continue there will need to be a correction,” says Mr Everingham, who owns buyer’s agency Pumped on Property.

He believes a “huge amount” of buyers in Sydney and Melbourne are over-leveraged, and if interest rates increase, so will the number of mortgagee sales and repossessions.

A safer bet, says Mr Everingham, is to invest in good quality, well-priced property at the middle or bottom end of the market.

Looking to neighbouring suburbs, or neighbouring markets – for example, Wollongong or the Central Coast, rather than Sydney – may also offer a safer, and cheaper investment.

Scenarios that could cause a correction

Monash University economist Professor Jakob Madsen believes that prices in Sydney and Melbourne will come off the boil at some stage.

“I think that prices have hit a high level and will go down in the future because the economy is cooling down,” says Professor Madsen.

However, he believes that without a serious financial shock, Australia’s property market isn’t in serious trouble.

“Let’s say suddenly the Chinese take all the money out of Australia. If that happens that could have serious ramifications for the housing market.”

He says that immigration and income growth, plus an urban land shortage, are continuing to fuel property prices. And as congestion increases in major cities, more people want to live closer in – inflating prices and causing a ripple effect.

In much of Sydney and Melbourne, it may be a safe time to sell while the market is still high, says Professor Madsen.

“You may make more if you wait a year, or you could have lost a lot. Nobody can predict it – it’s impossible.”

“Fact is, time has always proven if you are investing or buying in the high-end market this is the first area to be affected, which creates a false impression of a property bubble burst.”

However in most capital cities, he says any slowing of the market occurs gradually, and can be easily detected by buyers or sellers who undertake thorough research.

Deciding when to sell

Financial advisor Andrew Courtney of Alps Network says when it comes to deciding when to sell your own home, it pays to look at the worst-case scenario, considering how much your property might fall by if there was a crash.

You might take into account the demographics of your area, infrastructure, private spending, and how long you’ve had your mortgage.

“If you’ve got an apartment in a huge apartment block, a property bubble can (also) severely affect the price of your property,” he says.

If you’re selling an investment property, the same factors apply – plus tax implications.

However he believes talk of a property bubble is “not as big as deal as some people think it is”.

“Obviously it’s different in every suburb. Some suburbs will definitely be in for a bit of a crash.”

How to deal with the threat of a housing bubble