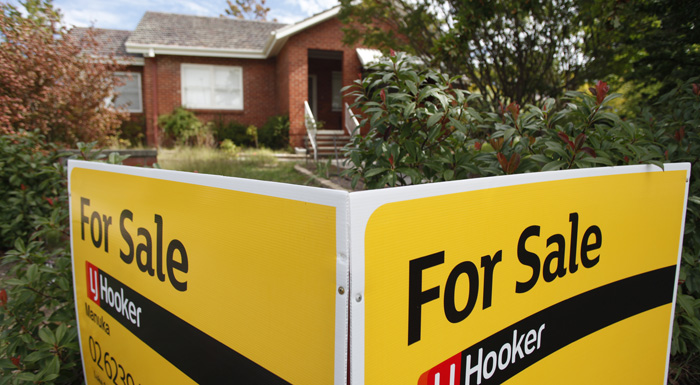 Melbourne house prices are set to fall by almost 10 per cent in the next year while Sydney prices continue to climb and will hold their value, research has found.

A paper under review for the Economic Record found Sydney prices would “continue to rise until the end of 2015 then start plateauing with no anticipated sharp falls”, Fairfax Media reported.

Melbourne prices will begin falling almost immediately, sliding 9.2 per cent in the year ahead, while Sydney’s will be up 6 per cent during the year. Brisbane’s prices will fall 8.1 per cent and Perth’s 5.2 per cent, according to the analysis, while those in Adelaide, Hobart and Canberra will continue to climb slowly.

The group of researchers analysed monthly house price data going back to 1995.

“It only predicts the general direction of prices. If it could predict exact movements we would be multimillionaires and wouldn’t need to work in academia. The actual prices could be a little bit above or a little bit below the trend we are predicting.”

Asked why Sydney house prices would keep climbing and then plateau while Melbourne prices fell, Dr Valadkhani said the model didn’t give reasons.

However, its predictions were consistent with a continuing shortage of land and apartments in Sydney and an oversupply of apartments in Melbourne.

Preliminary Reserve Bank research unveiled last week found that even at the current high prices, purchase prices were undervalued by 30 per cent relative to the cost of renting, suggesting prices had further to climb.