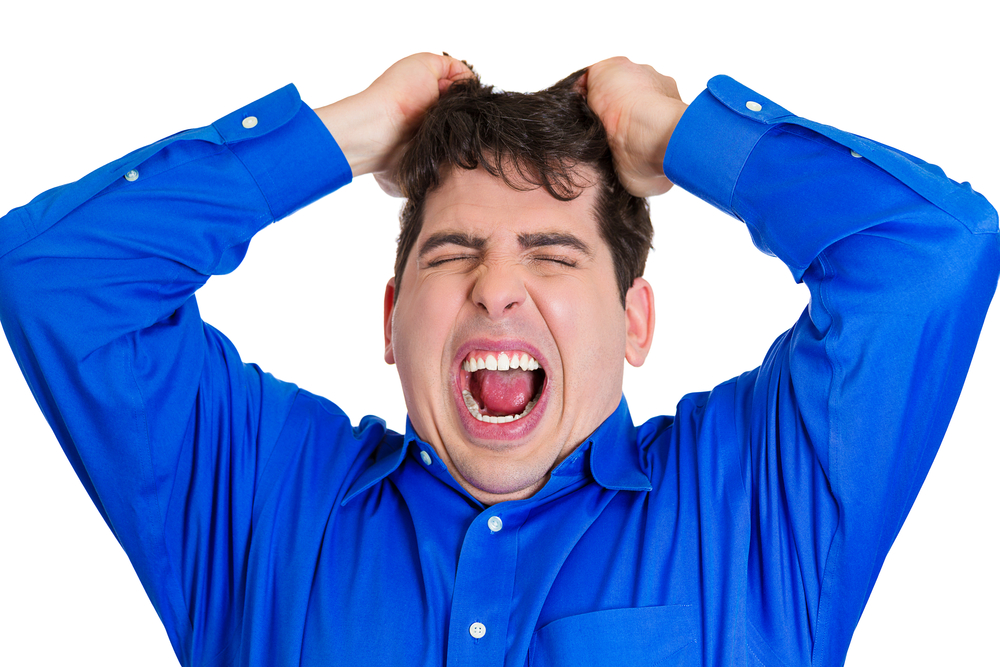 Buying a house is stressful. And with auction clearance rates pushing past 80 per cent, it is only getting more so.

For Sydneysiders and Melburnians, competition is particularly fierce. The Saturday just passed (March 21) saw auction clearance rates of 79 per cent in Melbourne, and a massive 86 per cent in Sydney, according to Domain.

It is hardly surprising, then, that house hunters are finding the whole experience stressful.

• Are baby boomers overheating the property market?
• Get tough: the art of property negotiation
• Is it time to sell your investment property?

According to a new survey by St George Bank, more than half of all house hunters suffer from anxiety ahead of attending house auctions, including 17 per cent who suffer from insomnia.

But perhaps the most startling figure – and the figure that sheds light on all the others – is that 62.1 per cent of respondents do not have a strategy in place when attending an auction.

Given that for most people buying a property is the biggest financial decision they will ever make, turning up without a clear strategy is fraught with danger.

With this in mind, we spoke to Jacque Parker, director of buyer’s agent House Search Australia, to find out how to make sure you turn up to the auction prepared for anything.

Here are her tips.

1. Get your finances sorted well in advance

As far as finances go, the key is to get them sorted before you start hunting.

“A lot of first homebuyers don’t realise the need to get pre-approved, and they leave it too late. Then they can’t attend the auction,” says Ms Parker, who is also the president of the Real Estate Buyers Agents Association of Australia (REBAA).

She says it can be bitterly disappointing to fall in love with a property, only to find you can’t bid for it because your finances haven’t been approved.

2. Research the market … and the agents

Before you take the plunge, Ms Parker says it is vital to do your research. But this is not as simple as just seeing how much houses in your area are going for. A less obvious, but no less important consideration, is to watch the behaviour of individual agents.

“Look for agents that underquote,” she says. “If there is an agent that regularly underquotes by 10 to 15 per cent, then you need to be aware of that, and not get drawn into the situation that you may be unable to afford the property.

“Eight weeks out before the auction, start tracking other properties that are for sale under the same agent. Look at their price guides and then compare them with the eventual sale prices. And you do begin to see a pattern.”

While this may take time and effort, it pays off, she says.

It may seem obvious, but Ms Parker says carrying out a building and/or strata inspection is essential.

“There are buyers who have bought properties without doing inspections, which can be a recipe for disaster,” she says.

4. Consider putting in a bid prior to auction

If you find a property you really like, it is often worth putting in an offer prior to auction, says Ms Parker. However, the key is to get the offer in early.

“Most campaigns these days are four to six weeks, so if you find a property that you really love, you believe that it’s in your price range, and you have all your ducks lined up, it can be very worthwhile putting in an offer. Let the vendor know that this is a once-only offer and you may or may not be at the auction because you are actively searching in the market,” she says.

5. At the auction, bid with confidence and discipline

The auctioneer’s job is to sell the property for the highest price. It is key, therefore, to stick to your limit and not to give anything away.

“Nothing gives you away like body language at an auction,” says Ms Parker. “When couples start to look at each other and do those little faces, and shake their head, everyone else can see what’s going on, that they are nearing their limit.”

Her advice is simple: “Just keep bidding confidently up to your limit, and then stop bidding.”

6. If it comes to one-on-one negotiations, be tough

If you are bidding in Melbourne or Sydney, it is unlikely the reserve won’t be met. However, in cities like Adelaide and Brisbane, there is a good chance you will be the highest bidder without meeting the reserve. In that case, you will need to negotiate directly with the agent.

“Negotiating across the table with an agent, and quite often a few agents, is very different to simply putting your hand up with a paddle.”

This, she says, is where hiring a buyer’s agent is most useful.

Buying a house? How to beat the auction blues