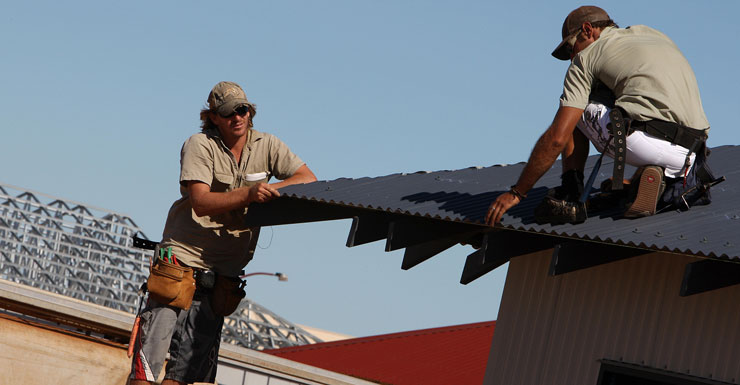 Good news for home buyers – a building boom is on the cards for 2015 which should help cool rapidly rising prices.

Approvals for the construction of new homes rose 11.4 per cent across Australia in October, reversing a similar sized fall in September.

The strong rise was driven by a 31.3 per cent rise in go-aheads for apartment blocks and townhouses.

“This is likely to support dwelling investment and economic activity in 2015,” he said.

“The basic story is that building approvals are well above their 10-year average, that tells us that construction work going into 2015 will remain firm,” he said.

“It adds to the supply of housing, so for those who are worried about house prices it is helpful.”

But Mr Kunnen does not expect prices to fall, at least in the short term, especially in Sydney.

“Because of the low interest rates, the population growth and the overall under-supply of housing, actual declines in housing prices on a year-on-year basis will be harder to achieve,” he said.

ANZ’s Mr Cannington said the latest approvals figures also showed a rise in housing alterations and additions, which was being supported by strong house prices.

Approvals for the construction of private sector houses fell 0.2 per cent in October, but were up 12.7 per cent in the 12 months to October.

There were almost 200,000 new homes approved in the past 12 months, but Mr Garrett said Australia needs a minimum of 180,000 new dwellings a year in the long term.

“We are only barely scratching this figure now,” he said.

“It is very important that all supply constraints are addressed to ensure a level of commencements in excess of 180,000 being the benchmark.”