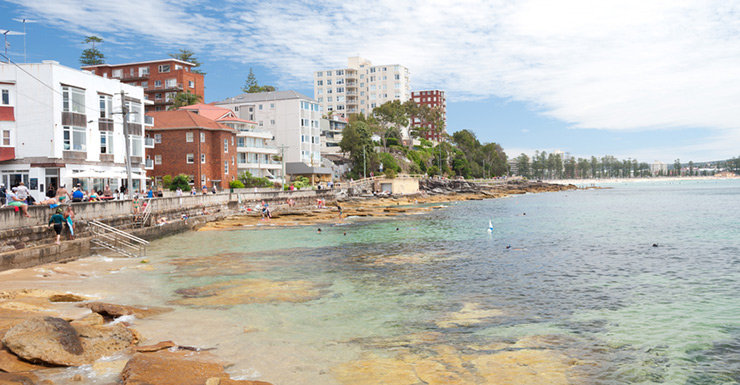 If, like many Australians, you want to live near a beach but are not flush with cash, head to Adelaide in South Australia.

The next best suburban option for beach lovers is Brisbane where the median price for a beach area home is $540,401. A unit will cost about $380,175.

Dr Mardiasmo says the huge asking prices for beachside properties in Sydney and Melbourne have made Brisbane an attractive proposition for some.

“There is a beach lifestyle in South Australia but Queensland is better known for it,” Dr Mardiasmo says.

“Our figures show that someone could purchase three houses in southeast Queensland for the price of one house in Sydney. This explains why there are more and more Sydneysiders choosing to purchase close to the beach in Brisbane.”

Regions vs the city

The research director also points out that the average house price in regional beach areas does not vary as much as those in the cities.

Dr Mardiasmo says when comparing capital city beachside suburbs to regional beach areas, it is notable that in New South Wales the average house price is three times more expensive in Sydney than in a regional area.

“In Melbourne and Perth, city beachside suburbs are nearly twice as expensive as in regional beach areas in Victoria and WA respectively,’’ she says.

“In Queensland and South Australian the price difference is not as large, with beachside houses in the capital city being only about a third more expensive than in regional beach areas.’’

Dr Mardiasmo says this price disparity between city and the bush explains why “more and more city folk are choosing to relocate to regional beach areas, not only for the cheaper housing but also because they are not compromising on their ocean views”.

This story was brought to you by The New Daily using data and other information from its real estate content partner, realestateVIEW.com.au

Want to live by the beach? Check out these locations