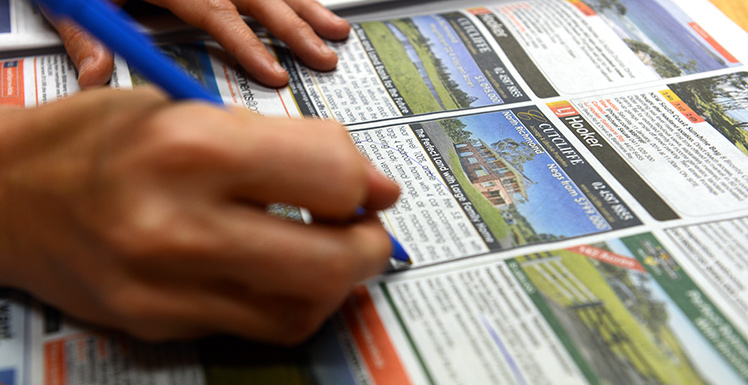 Whether it is better financially to buy or rent a home is a never-ending debate, and with interest rates at historic lows now is as good a time as any to have it.

One leading property industry figure told The New Daily that while there are good cases for both options, there has never been a better time to purchase, but it also depends on your situation.

Housing Industry Association chief economist Harley Dale says your choice to buy or rent depends very much on your personal circumstances and where you live in Australia. For example, inner suburban properties in Australia’s capital cities generally tend to be substantially more expensive than regional and outer suburban homes.

But he says near record low interest rates make buying a home an attractive option for many.

“Renting versus buying can be a very personal choice,” Mr Dale says. “It is hard to generalise the circumstances around this decision. Current conditions actually reinforce this point, where there is a case for both buying and renting.”

The economist points out the current low variable interest rates are a major incentive for potential homebuyers to take the plunge.

“While rates will move higher at some point, that probably won’t be until well into 2015,” Mr Dale says.

“It is highly unlikely that interest rates will ever get this low again. Discounted variable mortgage rates are in the very low fives (per cent) and on occasion lower still, while some fixed rate loans are coming in under 5 per cent. It’s the best time to buy in decades. If you are financially set to be able to take that decision, you had better push the button now.”

At the same time he points out that the current to mid-term property market is also favourable for renters.

“Conversely, rental price growth is quite benign and there is currently a strong recovery underway in the construction of new housing stock,” Mr Dale says.

He says it is likely that in this calendar year Australia will build the second largest number of new homes on record.

“Rental price inflation is currently running at 2.4 per cent per annum, which is the slowest pace of increase in nearly a decade and below Australia’s headline inflation rate of 3 per cent,” Mr Dale says.

“Obviously rental market conditions vary across geographical boundaries. There is a wide array of interest rate offers out there. Overall, there is a sweet spot at present when buying or renting can seem a favourable option depending on one’s predilection and housing requirement.”

This story was brought to you by The New Daily using data and other information from its real estate content partner, realestateVIEW.com.au

Should you buy or rent a house? We ask an expert