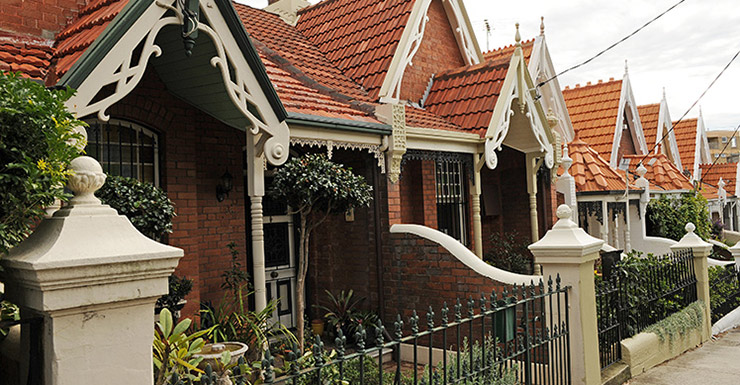 Are Australian house prices out of whack with their true value? Should homeowners be bracing for a price dive?

Former senior economist at the Reserve Bank of Australia Jeremy Lawson certainly believes so, telling the Australian Financial Review that house prices are up to 30 per cent higher than they should be.

Over the past decade many experts have suggested Australia was in the grip of a housing bubble primed to burst, while others have been less worried.

In June, a report by the International Monetary Fund found Australian house prices are at historical peaks and placed it third among developed nations on the ratio of house prices to incomes.

So, are Australian houses overpriced? Here’s what some of the key players think.

In July, Mr Stevens warned investors against falling into a false sense of security by assuming house prices would continue to rise.

“People should not assume that prices always rise. They don’t: sometimes they fall,” Mr Stevens said.

Mr Stevens said some markets had slowed down and it would be a good thing if the trend continued.

“It would in my opinion be good, for a range of reasons, if it did persist for a while. If the next couple of years saw an unremarkable performance on prices, and construction staying at the higher levels that will clearly be reached over the coming year, it would be an outcome that would contribute to a balanced growth path for the economy and to housing more people at a manageable cost.”

Mr Soos agrees with comments by Mr Lawson but suggests the true overvaluation mark is probably even greater – at 40 per cent.

He says an Australian housing bubble has been brewing for many years and follows similar predicaments faced by Ireland, the US, Spain, England, and Denmark.

“We’re currently no different except that ours is taking much longer to burst because the government is throwing every policy it can to keep our housing prices inflated.”

Mr Soos says prices will eventually fall but it was hard to give an accurate prediction of when it would occur.

“Unfortunately, there’s not a lot that can be done because if the government were to reform banking or housing policy in a more sensible fashion that could well burst the bubble.”

“The Real Estate Institute of Australia recognises the role interest rates play in relation to Australian house prices but also believes prices have been underpinned by a chronic housing shortage brought about by population growth and constraints on housing supply.”

She says the RBA’s review found many Australians paying their mortgages faster due to lower interest rates and the aggregate mortgage buffer – balances in mortgage offset and re-draw facilities – rising to almost 15 per cent of outstanding balances.

“What this tells us is that despite low interest rates, Australia is in a very different position to that of the USA during it’s recent housing bubble, which saw excessive demand for housing finance by borrowers with poor borrowing capacities and aided by residential finance institutional arrangement, regulation, and mortgage characteristics that are very different to those in Australia.” “There’s no consensus about it. So when you hear someone raising the alarm, it’s interesting stuff and it makes headlines, but people shouldn’t necessarily jump to the exit.”

Dr Rafferty says many Australians were so frightened by the global financial crisis that it triggered a period of sensible repaying on mortgages that has created a cushion.

He says the biggest danger to house prices now is a recession where people lose their jobs and can’t pay their mortgages.

“Interest rates affect all other parts of the market and the big one is the dollar. If you put interest rates up to try and slow house price growth, interest rates will feed into a higher exchange rate that is going to have all sorts of other negative impacts. That’s the balancing act the Reserve Bank has.”

Should homeowners be bracing for a dive?