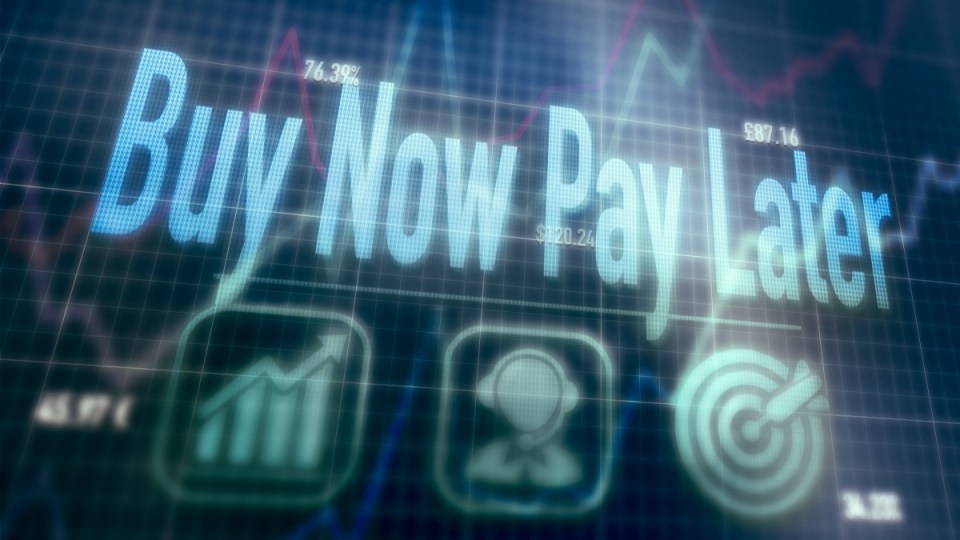 The shining star of the buy now/pay later (BNPL) world, Afterpay, earned its lucky shareholders $32 billion when it was taken over by Twitter creator Jack Dorsey’s Block group in a share swap deal completed in January.

But anyone who held onto the Block shares they received in the deal would have seen their value tank by 55 per cent since April’s highs.

And anyone who has bought into Afterpay following the pandemic recovery in 2020 would be carrying losses.

The situation for remaining Australian-listed BNPLs in recent months is even more devastating, as the chart shows. 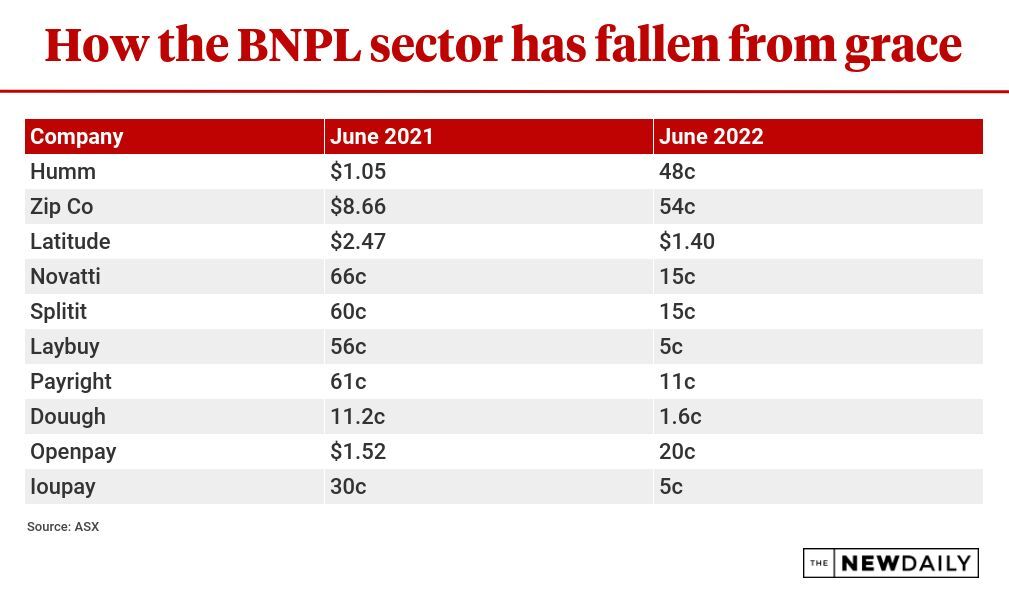 Ouch! That’s a lot of pain for shareholders who only a year ago were kings of the fintech wonderland. So the question everyone is asking is ‘what’s going on?’.

Interest rates are on the rise, with the US Federal Reserve boosting them by 0.75 percentage points as inflation ran up to 8.6 per cent.

As rates rise, people become more careful about buying consumer goods because the return of inflation means the cost of living is going up.

That will hit BNPL bottom lines and also leave their customers exposed to being unable to meet repayments.

BNPL firms make their money in an unusual way. Retailers pay a fee to to be signed onto their system, and the attraction for retailers is great.

According to IBISworld, BNPL customers spend $1 billion a year with Aussie retailers.

Consumers don’t pay interest to BNPL outfits but are slugged with fees if they are late with monthly payments. That, said Phil Lewis, economics professor at the University of Canberra, meant “their business model is built on default.”

“They make more money when someone can’t pay them back,” Professor Lewis said.

But it also means there is a high risk of default. As interest rates rise, and if the economy weakens (as many expect), late payers won’t be able to make payments at all. Inflation and the possibility of a rise in joblessness make that a possibility.

For most people looking to buy consumer goods, a credit card is the option they are likely to choose.

“If you have a credit card, you can pay your debt off in the interest-free period or make a series of repayments over coming months,” Professor Lewis said.

That means the people most likely to use BNPL are unsophisticated borrowers or those whose financial situation means the banks won’t give them a credit card.

Benign economic times have allowed the sector to grow dramatically. But the way it is structured at the moment means “the risk is all one way”, Professor Lewis said.

If the economy tanks, the BNPL operators risk losing money as customers default.

To date BNPL groups have avoided the strict regulations that govern the operation of other lenders. But this is about to change, with the new Labor government pledging to rein in the industry.

That would mean the advantages BNPL lenders have would disappear, said Angel Zhong, associate professor of finance at RMIT University.

“If they were regulated in the same way as credit cards then the providers would pass on surcharges to borrowers.”

That would be a disaster for BNPL providers. “Research from the RBA found that if BNPL companies charged fees then 50 per cent of their customers would turn away,” Professor Zhong said.

And there is another negative for BNPL in regulation.

Currently, BNPL debt is “not added to your credit score when you apply for a home mortgage or personal loan”, Professor Zhong said. However, if it was a considered standard, regulated loan, then it would be added.

That would frighten off borrowers looking for a way to buy consumer goods while they save for a home loan.

So far the BNPL sector has blazed through the financial skies with outlandish growth rates.

“Annual growth between 2017 and 2022 was 43.4 per cent”, according to retailing expert Gary Mortimer of the Queensland University of Technology.

“Forecasts are that it will fall back to around 8.2 per cent between 2022 and 2027, as more competition enters the market, and the product becomes more widely available,” Professor Mortimer said.

That competition is already beginning, with the big four banks entering the market and international giant Apple pledging to soon follow. The world is about to get a lot tougher for Australian-listed BNPL outfits.