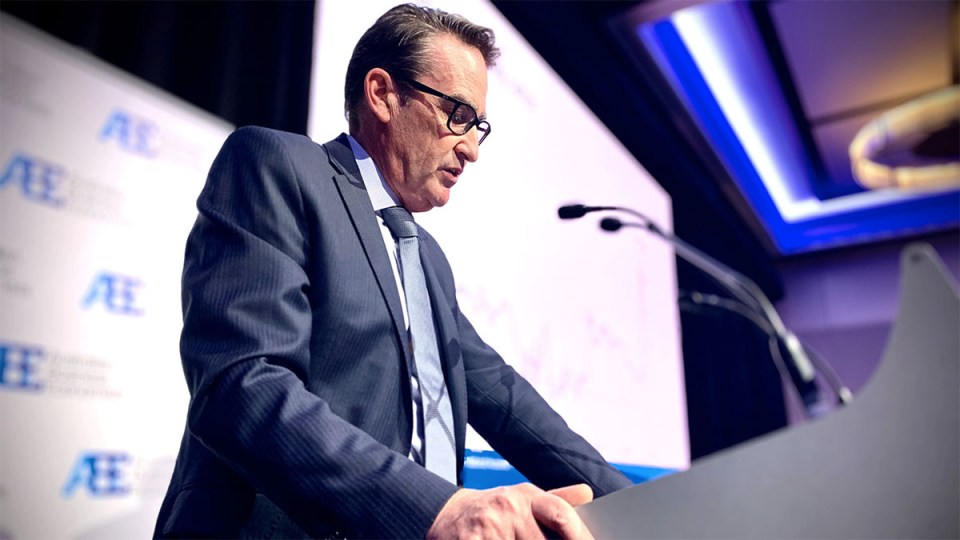 Big budget cuts are likely once the economy has fully recovered from COVID-19, with the Treasury secretary revealing an 8 per cent cut in federal government spending is needed to eventually balance the books.

Speaking to an Australian Business Economists lunch in Sydney, Dr Steven Kennedy threw his support behind the government’s tax cap, which aims to limit revenue collections to 23.9 per cent of the economy’s annual output (GDP).

However, even excluding all the one-off stimulus and support measures in response to COVID-19, Dr Kennedy said government spending was set to exceed that tax level in the longer term.

If unaddressed, that would leave Australia’s government in a sizeable budget deficit well into the next decade, even if the economy performed well.

Dr Kennedy said the gap between spending and taxation would eventually need to be closed, and he would prefer to see that occur through spending cuts.

“There is an increase in the spending as a proportion of GDP, settling at about 26 per cent,” Dr Kennedy said.

“That is an area that at an appropriate time governments would need to be thinking about if they, as I think they should, retain the objective of raising revenue of around 23.9 per cent of GDP.”

To close the gap completely would require the federal government to cut expenditure by more than 8 per cent from the post-pandemic levels it had budgeted.

Future budgets may look more like past Coalition budgets

Dr Kennedy said that meant that future budgets could look a lot more like those that Treasurer Josh Frydenberg handed down before the pandemic than the past couple of big-spending fiscal plans.

“As the government outlined at the budget, it has a two-phase fiscal strategy and it’s clearly in the first phase,” he observed.

“The second phase of the fiscal strategy doesn’t look much different to the type of fiscal strategy it took into COVID, but I think sensibly it will consider any further consolidation, and there are a range of opportunities for that, at an appropriate time, rather than right now.”

The appropriate time might still be several years off, once unemployment has hit Treasury’s objective of 4.5 per cent or below, and wages growth and inflation have allowed the Reserve Bank to start lifting interest rates again – something it currently does not expect to be doing until 2024 at the earliest.

“In a world where we remain in a pandemic, where interest rates are zero, I think the focus should be, rightly, on growth and fiscal support through this period,” Dr Kennedy emphasised.

Although, the Treasury secretary also said that the government’s current big-spending programs would likely see the economy recover, and interest rates rise, faster than if it dialled back budget deficits more quickly.

‘Preparing to live with COVID-19’

He was also keen to point out that the nature of future spending and savings decisions would be critical, as some moves might also enhance productivity and economic growth, further improving the budget bottom line.

“The balance of deficits and surpluses matter, but particularly also so does the composition,” he argued.

“All governments will have to consider these decisions with a reform mindset.”

Dr Kennedy did not buy directly into current debates about how quickly Australia’s borders should be reopened, after Virgin CEO Jayne Hrdlicka sparked controversy by urging a move before the budget assumption of mid-2022, even if it resulted in some deaths.

“COVID-19 is likely to be with us for many years,” the Treasury secretary said.

“Therefore, preparing to live with COVID-19 seems to be the most likely future path for the globe and Australia.

“The effectiveness of vaccines to prevent serious death and disease provides confidence that once populations are sufficiently vaccinated they will be well placed to live with COVID-19.”