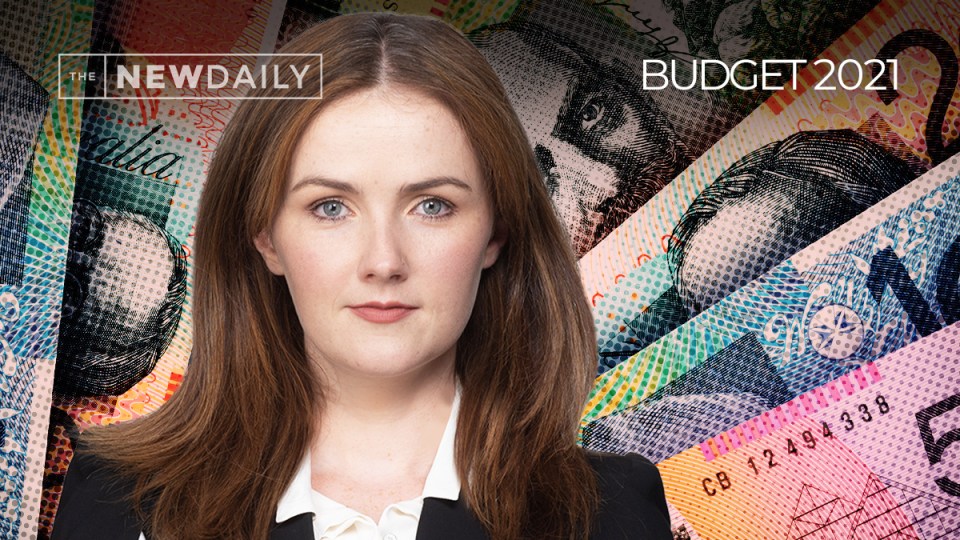 I won’t swallow the federal government’s “pink” branding pill for its 2021-22 budget.

Some have portrayed the budget as a pivot to “soft hearts” instead of “hard hats”. But in reality, this government is confirming its hard-hearted willingness to not just tolerate growing rising inequality – but to concretise it in the structure of our post-COVID economy.

After last year’s widely critiqued “hard hats” budget, with its narrow focus on announcing big construction projects (many of which still haven’t got past the photo-op stage), this year the Coalition announced $3.4 billion in funding over four years to purportedly address women’s economic security, safety and health. Keep in mind, that represents just 3.6 per cent of the total $96 billion in new tax and spending measures announced in this budget.

The extra spending on women consists of small amounts of money divided across lots of different things. Like a low-quality showbag, these measures are short-term sweeteners. Perishable after the forward estimates.

The largest item in the women’s spending bucket is childcare supports at $1.7 billion, to support moderate improvements in affordability.

Token mentorship, jobs and women-in-business programs already announced in the last budget are carried over. Much-needed funding for domestic violence services will increase by $250 million per year – but is then cut by 99 per cent, down to just $2.3 million, in 2025-26.

Apparently, the violence crisis will be over by then.

In total, this is small, short-term spending for women, compared with permanent and much more expensive changes announced for high-income earners and men.

Going ahead are the previously announced Stage Three income tax cuts, which have been shown to overwhelmingly benefit high-income households and men. In fact, men will receive $12.1 billion of annual benefits, more than twice as much as women.

The budget abolished the $450-a-month earnings threshold for superannuation payments. This will see an additional $4.7 million flowing into super accounts for 200,000 low-wage women.

But with one in three women retiring with no super at all, and their median super savings about half that of men’s, much more is needed to lift women’s retirement incomes, including super payments while on parental leave.

Ultimately, it’s a drop in the ocean of gender inequality in our retirement system. Remember, the Commonwealth pays $29.5 billion in tax concessions boosting men’s super every year – $17.8 billion more than women receive.

Decreased housing deposit rates of 2 per cent will be available for single parents. But since 40 per cent of single parents rely on government income supports for the majority of their income, not many are in the market for a new home – especially in today’s inflated property market.

The few that are can look forward to being mortgaged to the hilt. To avoid living in severe housing stress (and promoting risky lending), a single parent needs $90,000 per year to buy a unit at the median price in Melbourne. That’s $13,000 more per year than single parents’ median annual incomes of $77,000.

What single parents need most is not a far-fetched property subsidy, but an increase to the parenting payment. Almost 100,000 single parents raising young kids – almost all of them women – are dependent on the miserly $425 per week payment as their primary source of income.

New skills spending is good, but skills don’t create jobs, or boost wages. Women holding VET qualifications – like those funded by the two-year extended JobTrainer program – receive no earnings advantage over women who have only finished Year 11. Clearly, this training does not help women get better-paying jobs.

It’s what happens when private providers in aged care, child care, and disability services are given billions to run services without the requirement to provide well-paid jobs.

In fact, the budget is silent on women’s wages and poorer job quality. The budget passively accepts that Australia’s miserable wage growth, already mired for years at the weakest pace since the 1930s, is going to get even worse.

It forecasts a cumulative decline of almost 3 per cent in real wages over the next three years. And instead of actively working to reverse this, the government actually doubles down – including with even tighter restrictions on wage growth for public servants.

The wages crisis hits women hardest, and a budget that ignores wages could never be called a ‘women’s budget’. Four million women or 65 per cent of all women’s jobs are in low- and middle-income services industries like hospitality, retail, and health care and social services.

Almost half (45.1 per cent) of all employed women are in part-time positions. Women fill 54 per cent of all casual jobs. Since the post-COVID recovery in employment began last May, women’s jobs are becoming even more insecure: Casual jobs account for over 60 per cent of new jobs since then, and women fill 62 per cent of those casual roles.

What good is money spent on getting women into the workforce, if they’re not earning enough on the job?

Part-time casual workers earn barely half as much as their permanent counterparts. Women’s concentration in part-time, insecure jobs means the gender pay gap (measured across all jobs) is 31 per cent. And the continuing growth of insecure work could make that worse.

In sum, this budget offers no real change to the policy settings that block women’s ability to fully work and earn – including the 580,000 partnered working-age women with children who aren’t even in the labour force.

The budget will not make an appreciable difference to women’s economic security, or address widening inequality. Pink-washing cannot hide the powerful disequalising forces that this government has set in motion.

Alison Pennington: Why I won’t swallow the ‘pink’ budget pill