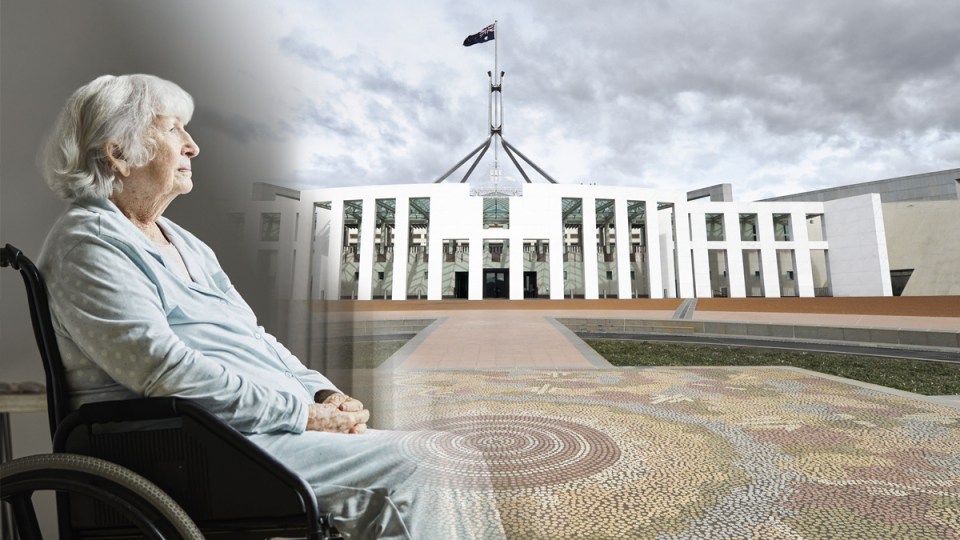 In its interim report, A Shocking Tale of Neglect, the Royal Commission into Aged Care Quality and Safety laid bare the shameful state of aged care in this country.

Now the government has been handed a roadmap to redemption.

Although the two commissioners were split on some of the detail of that roadmap, the final report outlines how Australia can build an aged-care system that provides residents with high quality and safe care.

The source of the aged-care system’s woes is common across many outsourced social service markets established by consecutive Australian governments.

In the name of choice and competition, governments have absolved themselves of the responsibility of direct service provision, not provided adequate market stewardship, and grossly underfunded services – and then wondered what went wrong?

In response to these failings, there have been calls to no longer allow for-profit providers to deliver aged-care services, with claims that the objectives of quality care and maximising profits cannot be aligned.

Many will be disappointed that while the commissioners find that quality is higher in publicly run aged-care facilities, they do not recommend the end of for-profit provision.

Rather, they have sought to reform the market through establishing a rights-based framework to quality care – providing stronger stewardship, improved information, and lifting significantly the price government pays for aged-care services.

Under the commissioners’ roadmap, strengthened quality oversight would include star ratings that will hold providers accountable and allow us all to better judge the quality of aged care.

This is important not just for families making hard decisions about who to trust with their loved ones, but because it means providers will be rewarded for providing higher-quality care – without this, you can never get the market to deliver the quality you are after.

And then there is the issue of inadequate funding.

As the commissioners note, you get what you pay for and the current state of the system is a predictable result of measures aimed at limiting expenditure and ignoring the actual cost of services.

They recommend more than paying for more hours and more care.

There is also a need to invest in the workers that care for our older Australians through higher wages, better training, clearer career pathways and more secure employment conditions.

Importantly, while proposing slightly different structures, both commissioners call for the independent setting of the price paid for aged-care services in a similar way to how public hospital funding is currently determined.

A drop in the ocean

Rather than quality being undermined by the low-balling of the price paid by government for aged-care services, an independent body will set the price needed to deliver an established level of quality. This will make a huge difference, as no system can deliver high-quality care if you don’t pay for it.

But none of this will come cheaply.

The government’s announcement of a $452 million down payment on reform on Monday is a fraction of what is required. To make matters harder for the government, the commissioners recommended a reduction in private financing of aged care.

The report suggests that the government funds their reforms through either general taxation or a specific levy.

This leaves the government, which has previously ruled out raising taxes to fund additional investments in the sector, with the dilemma of how to fund billions of dollars in new expenditure, with a budget already in need of fiscal repair following the COVID-19 recession.

Bang for our buck

In some good news for the government’s fiscal objectives, the commission’s proposed spending boost for aged care will come with a dividend beyond quality care for older Australians.

Increased spending in the budget will deliver a timely economic stimulus through higher levels of employment and consumer spending, especially in regional areas.

And over the long term it will free up informal carers to return to the labour market or increase their hours of work, delivering an important participation dividend back to the budget.

Analysis done by Victoria University before the 2020-21 budget showed that, dollar for dollar, the government could get a bigger economic boost through investing in aged care than in infrastructure spending.

In addition, this would support female jobs that remain more heavily affected than male jobs following the pandemic shutdowns.

Notwithstanding this broader economic imperative, the political imperative to find redemption may just be enough to finally deliver older Australians the dignity they deserve.